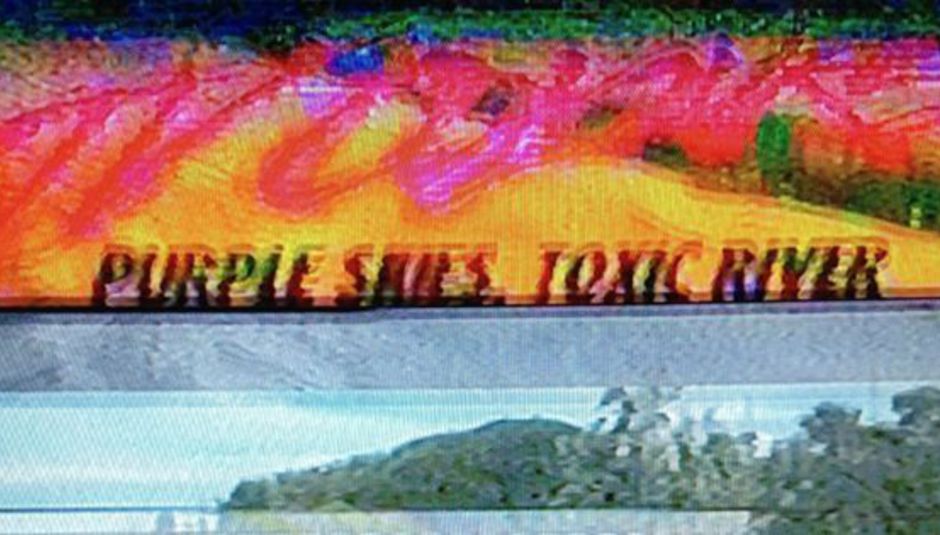 Hello. Grab yourself a espresso, be sure to drop a Pro Plus or two and strap yourself in for a turbocharged edition of DiS Does Singles. This week for your listening pleasure there’s brand new tracks from Icona Pop, Run The Jewels and Disclosure. Combined with the copious amount of caffeine you just ingested, their relentless BPM rate should send you on an energy rush that will last until precisely 4pm; then you’ll crash out hard.

It’s just as well that our single of the week from TV Colours carries enough energy to prop up even the most weary of souls thanks to its voluminous swell of yammering feedback. Wondering what we’re on about? Cast your eyes below. Make no mistake, ‘Beverly’ is the kind of song that will have your neighbours demanding you turn down its screaming dissonance. These people will have never heard Hüsker Dü’s Metal Circus or anything by Fugazi; they cannot be trusted. The only reasonable response is to crank up TV Colours’ sludgy mesh of caterwauling distortion and impenetrable vocals until you’ve condemned yourself to an eternity of tinnitus.

Judged on its sheer volume alone, you’d be forgiven for assuming ‘Beverly’ was constructed by a crack team of six-stringed mercenaries. In fact, it’s the work of a bloke from Canberra, Australia. His name is reportedly Bobby Kill, although I doubt his mother calls him that.

Crucially, Mr Kill knows that the key to using an overdrive pedal is to have it always turned on. This way there’s no possibility of ‘Beverly’s monstrous riff being punctuated by a moment’s silence or pause for thought. Who needs to think when you can whip up a commotion like this? Just plug in, shred away and wait til the world starts listening.

Purple Skies, Toxic River is due to be released this month via limited edition vinyl and digital download

After the bratty joyride that was ‘I Love It’, Icona Pop are back with an electro twist on 2Pac’s ghetto gospel. “All I need in this life of sin is me and my girlfriend,” holler Caroline Hjelt and Aino Jawo in occasionally tuneful unison.

In 12 months time, the idea of two Swedes shouting over incessantly high-pitched synth won’t be fun anymore. It will have been flogged to death by Capital FM, Samsung Galaxy S4 adverts and a never-ending album campaign where each new single sounds exactly like the first one. Right now, Icona Pop’s brand of big budget amateurishness feels thrillingly inclusive.

The ‘rap game’ isn’t short of an egomaniac or two and that’s before you even consider Kanye Yeezus West. When Killer Mike spits, “Producer gave me a beat says, ‘It’s the beat of year.’ I said, ‘EL-P didn’t do it, get the fuck out of here’”, you do have to admit he has a point.

Not only was EL-P the sonic wizard behind Mike’s R.A.P. Music, last year he also churned out the spectacular Cure 4 Cancer. Leaving aside this duo’s grammar allergies, their impending collaborative album as Run The Jewels looks to set to be truly badass. As if to prove this, their latest track is named after a giant magazine for automatic rifle ammunition.

It also features Big Boi talking about how much money he has. Apparently his bank account is “obese as fuck”, which I suspect isn’t a technical term but it’s good to know those Outkast royalties are still going strong.

Like the Downton Abbey and your well-intentioned Auntie’s birthday presents (‘A Boots gift card? Again’), 99% of dance music videos are irredeemably dull. The two exceptions to this rule are Fat Boy Slim’s ‘Weapon Of Choice’ and Aphex Twin’s ‘Windowlicker’.

While Disclosure’s promo clip for ‘When A Fire Starts To Burn’ features neither Christopher Walken nor any bearded women, it does contain a Baptist church congregation being exorcised of their demons; through the medium of throbbing of bass, obviously. Imagine what a funny version of the Harlem Shake would look like, place your disbelief on hold and click the play button above for a supremely entertaining five minutes.

Scottish people love singing and blubbing like a baby at the same time. I know this to be true because...

Exhibit A: I was once trapped next to a Scot during The Killers’ headline set at T In The Park 2009. Charming as this old sport was, his incessant bellowing did get a bit much during the Sam’s Town songs no one else was a fan of.

Exhibit B: I had my glasses knocked off and trodden on at T In The Park 2009 by a Scot who was so overcome with emotion, he temporarily lost all control over his limbs. To quote his sun-sozzled excuse for this outrageous behaviour, “Sorry mate. Arcade Fi-Yar.”

Where was I again? Oh yes, Frightened Rabbit have a new song about death out today. It will most certainly get Scottish people, and indeed everyone, in a right tizz with its heady mix of whistling and doom-mongering piano. If you’re heading to T In The Park this year, consider this a warning.

Outfit have changed (apols) since the days of ‘Two Islands’ and ‘Everything All The Time’. They’re far less fixated on the twin realms of funk and celestial indie, which served them well prior to their forthcoming debut album: Performance. Nowadays the Liverpudlian five-piece have gone all Hot Chip on ‘I Want What’s Best’ with the metronomic track growing fresh layers of synth and harmony as it chugs along in four-four time. Watch out Alexis Taylor, Joe Goddard and the other ones, your well-mannered replicants have arrived.

It’s Kid A’s birthday today, the Virginian singer not the Radiohead album, so she’s released a single to celebrate. ‘BB Bleu’ has existed in demo form for some time now but this ‘official release’ knocks the song into a whole new stratosphere of ghostly brilliance. Taking its cues from Clams Casino’s dense production vibes with hollow drums and heavyset synth, you’ll feel Ann Thweatt’s disaffected ode to love gone sour shudder through your bones in deliciously spectral fashion. In the absence of a cake to share, this will do nicely.

Miles Kane - Don’t Forget Who You Are (Sony)

A llama. A venereal disease. A 70s rock retread filled with sighs.