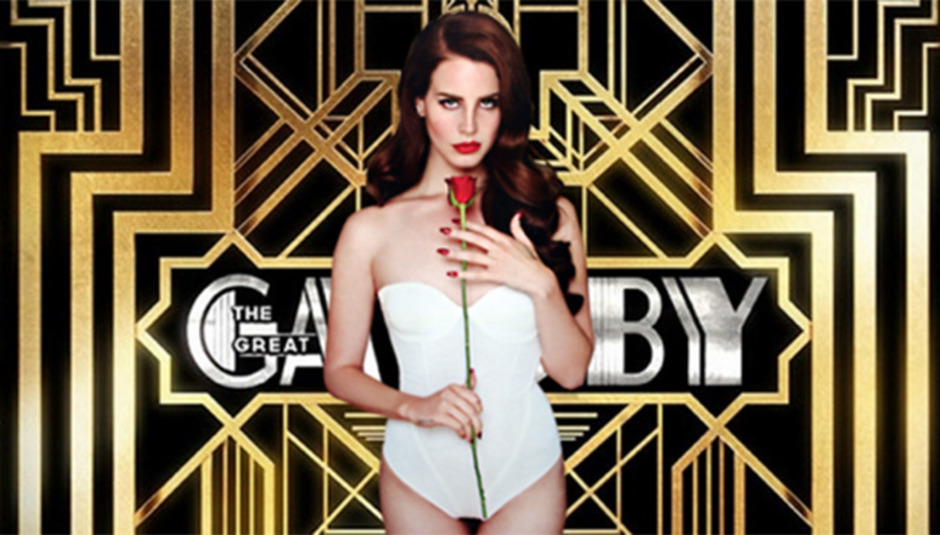 Lana Del Rey bashfully picks her way on stage to a deafening scream and a clamour from the assorted ensemble at Manchester Apollo. That being said, the scream in question is largely female and pubescent in nature - carried across on an astounding wave of acclaim from her fans at the front. Playing the Hollywood starlet, she twirls a little, gives a shy wave and a smile in the cutest possible manner. And then the opening words she chooses to greet them with? “My pussy tastes like Pepsi Cola…” This dichotomy within Lana Del Rey is clear by now. Like her dark/light straddling character in 'Carmen' she remains pure and iconic on the surface, yet tortured and sordid underneath. Much of the early proceedings tonight revolve around her alternate mirror-image Paradise Edition, released at the end of last year. Amidst a set stacked with bric-a-brac and candelabras, she sways awkwardly around the set, occasionally venturing down to the adoring crowd and bathing in their acclaim, sucking on their love.

Yet, for the most part here, it's genuinely excellent fare. Her voice - often maligned as a live instrument - is perfectly good tonight: not perfect and with a tendency to waver at times, yet strong and confident with an impressive penchant for twisting and teasingly playing with the melody. The band are all utterly in touch with the roots of the songs, and when it all comes together it's like a time-warp back to the old glamour and seedy opulence of The Apollo. In particular, 'Blue Jeans', 'Summertime Sadness', and a breathtaking 'Ride' stand out like otherworldly, magical reflections from a bygone age, somehow reflected in the mirror placed squarely at the back of the stage.

As for her - as the focus of the attention on stage - she remains strangely transfixing as a presence, though not always for the right reasons. Much of the time, she skirts the line between subtle confidence and…well, plain and simple awkwardness. Her dancing brings to mind Audrey Horne in Twin Peaks' first series - somehow ridiculous in delivery yet deadly serious in hidden intent. Almost as if she's a method actress staying in character she continues the girlish love-in with her fans in the front rows (who are actually moshing to 'Born to Die'. Actually moshing). At times it is sweet and honest (“I never realised I'd be coming to sing with a chorus of little angels”) and at times it proves almost maddeningly infuriating as she tosses her hair, offers up little waves and winks to the audience and awkwardly chooses to dance with the guitarist as if it's the final song in a local Karaoke bar. But then there are moments of majesty, not least a quite remarkable version of 'Video Games' which is almost jaw-dropping in its beauty and poignancy. There are few truly dry eyes around. I include my own within that observation.

And then, just as it seems she's on the verge of triumphing, Lana Del Rey utterly blows it. Breaking the fourth-wall of the stage and connecting both mentally and physically with the audience can be a wonderful thing when it's employed correctly and doesn't detract from the spectacle. And the love between her and her loyal fans is clearly mutually important to both parties. But from an objective perspective, what Lana chooses to do next is ridiculous and patently unforgiveable. At the end of 'National Anthem' and with nearly twenty minutes remaining until the specified curfew, she disappears (for the second time) into the crowd at the right of the stage and into the arms of the audience. Except this time, she doesn't reappear. She signs autographs, kisses fans and poses for multiple smartphone photographs as the band endlessly play the same four-bars of 'National Anthem' around and around. Fifteen minutes left. The band are still repeating themselves and Lana is still unhurriedly working her way along the front row. By now, awkward glances are being exchanged amongst the crowd and we're all looking at our watches. Several people up and leave.

Ten minutes left. By now there's a sense of profound restlessness as she works her way through the crowd - still posing for each camera and signing anything offered. People are definitely leaving now. Five minutes left. There's maybe 25% of the audience left upstairs as a security guard ushers Lana back on stage. She bows, sashays, curtseys and heads off stage as the band finally finish their mammoth four-bar marathon and follow her up as the house lights come on. An hour and fifteen minute show with twenty minutes in the audience, at the expense of playing an encore or indeed 'Radio' or 'Off to the Races' (in my eyes, her two best songs). It's not even an artful statement or some ironic gesture - it's plainly and simply one of the most unprofessional and most badly-advised things I've ever seen on stage. And I've seen Pete Doherty eleven times. It's laudable to try and connect with your audience in such a way and for the 40-50 people who were the recipients of her pen, poses and pouts; it would have been a spiritual occurrence. But to the rest of us it was a tedious and pointless exercise in wasting our time. And you cannot play those percentages when you're charging £30 per ticket. It's doubly frustrating as so much of tonight went many a mile to disproving all the lazy stereotypes and mocking comments thrown to her as an artist - comments that I've spent the last year trying to countenance, only to find myself walking out of the venue shaking my head. And when the jigsaw puzzle of Lana Del Rey is tantalisingly close to becoming comprehendible, the reckless hand that disturbs this particular corner is even more unwelcome and frustrating. She's answered so many of her critics regarding her live performances, but she still has ground to cover when it comes to delivering as a complete package.