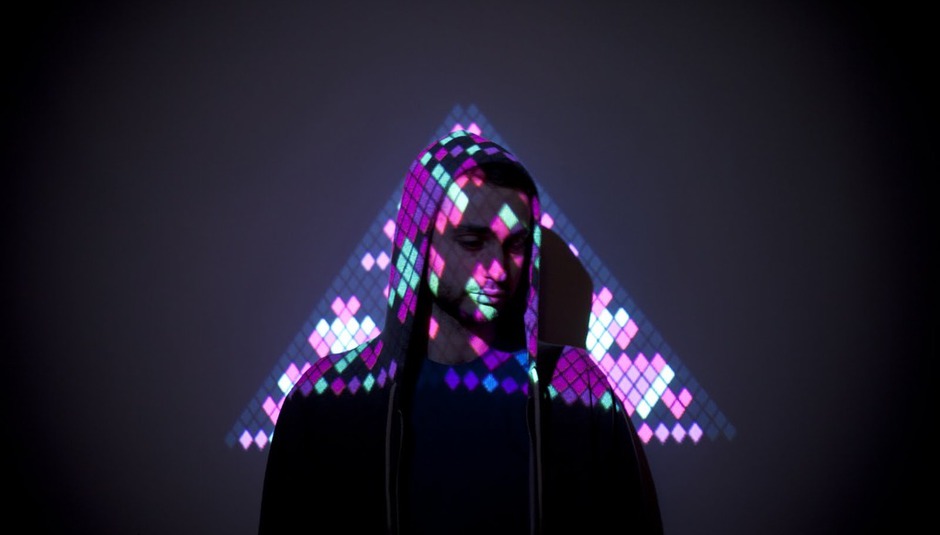 I think it’s safe to say that we’ve finally recovered from Record Store Day. It was a great one, right? Waking up at the crack of dawn, witnessing a load of brilliant in-stores and one hell of a messy after party; it was certainly the best one I’ve experienced. So, what’s up next? Well, despite the weather, it’s officially festival season in Bristol. We’ll be welcoming a load of national offerings to the city, as well as a few local gems – including a brand new start up. There’s also some exciting new ventures for some Bristol based artists and we say a fond farewell to one of the city’s best-loved venues.

Although Figure 8 festival launched last year, this is the first year it’ll be stepping on Bristol turf. Set up by Laura Williams, Figure 8 Festival is a not-for-profit affair that aims to raise thousands of pounds for charity each year as well as showcasing some of the UK’s best up-and-coming bands. This year, the festivities will take place at the Trinity Centre on September 28th. Bands already confirmed include ALASKA, Joel Harries, Katie Malco and Oliver Wilde. What’s not the love? I went last year and it was everything a festival should be - great music, brilliant entertainment, reasonable prices and a community full of charitable folk that were hell bent on having a good time. We’re lucky to have it on our doorstep this year.

I’m sure many of you will be traveling down to the sunny beaches of Brighton this coming weekend. I’m sure that you’ve also scribbled down the array of bands that you just HAVE to see but take a moment to check out some bands from my fair city. The ever-brilliant Howling Owl records have managed to bag themselves a slot on Friday night, showcasing the talents of The Naturals, Velcro Hooks, Spectres and Towns. Above Audio, 7pm. Be there or forever have a rubbish time.

When I heard the news that ATP will be hosting their final holiday resort parties at the end of this year, my heart sank a little. The festival has given me (and I’m sure many of you) some of the fondest memories. ATP Camber Sands won’t go out without a bang mind, and two of Bristol’s finest have been asked to join the elite. Invada Record’s Thought Forms and Beak> will be playing End of an Era Part One curated by non-other than Television. The weekend will be in safe hands with this Bristol label showcasing some of their finest talent.

After the roaring success of last year (despite the awful weather) Love Saves the Day are returning to Castle Park to bring Bristol an eclectic mix of house, techno, pop, garage, soul, reggae and more. Taking place on Saturday 25th May, the line-up boasts the likes of Bonobo, AlunaGeorge, Mr. Scruff and Joy Orbison plus local act Outboxx. If you want to keep partying, Love Saves Sunday will no doubt whet your after-party appetites. It’s fantastic to see our very own homegrown Julio Bashmore taking the reigns as headliner, with fellow Bristolians Artifact, Dutty Girl and DJ Derek joining the line-up. Crack Magazine are also hosting a stage, with Jacques Green, Pearson Sound and Ben UFO showcasing their skills.

Dot to Dot If techno and the like aren’t really your cup of tea, Dot to Dot will be rolling into Bristol that very same weekend. Venues include The Fleece, Thekla, The Exchange, Start the Bus and Trinity. As well as the array of national acts on offer, local bands GuMM, Schnauser, Goan Dogs, These Colours, Oliver Wilde and The St.Pierre Snake Invasion will also be treating us to their latest stuff. These guys are some of the true highlights on the line-up and I for one will definitely be making time for all of them.

The ever-talented David Corney returns with the follow up to first full length ‘Broadcast’ with the much-anticipated new album ‘Modern Worship’, out on May 20th. Continuing with the 80s-influenced aesthetic of his previous album, this new release sees Hyetal really coming into his own - solidifying himself as one of the forerunning producers of today. First teaser ‘Northwest Passage’ is as infectious as it is intricate and provides the perfect taster for what’s to come. To celebrate the release, The Exchange will be hosting a launch night on Saturday 18th May. Hyetal will be joined by Peverelist, Vessel, Fairhorns and The Kelly Twins with label Idle Hands hosting the basement. You seriously won’t want to miss that party.

Peverelist returns to Punch Drunk with this brilliant collaboration with one half of Outboxx and former Idle Hands, Immerse and Deadplate releasee Hodge. ‘Bells’ features a ‘System Mix’ as well as a ‘Dream Sequence Mix’ that make this 12” perfect for a solo listen or a booming club’s soundsystem. Released on May 13th, it’s lovely to have Peverelist back in our ears.

Fresh from supporting Lucy Rose on her UK tour, Bristol-bred Pete Roe has finally released his debut album. Known and remarked upon as the live and studio stalwart in Laura Marling’s band, ‘Our Beloved Bubble’ sees Pete step into his much deserved lime light. His music harks back to the time of 1960s folk stars – providing a comforting and affecting listen. As well as the music itself, the packaging is something really quite special. Pete spent weeks crafting the circular, letter pressed card that has made this album one of the most beautiful things I’ve come across. Despite now residing in London, we like to think Pete is still very much our own.

To accompany their fantastic record store day release, Invada Record’s The Fauns have made a dreamy new video. The limited edition pink heavyweight vinyl was a huge local hit last month, and this video portrays just how brilliant this band is. Created by Jonny Cloony, with vocalist Alison Garner helping out in terms of the concept, I’ve been staring at this gem of an offering for days now.

This month, Bristol-based music blog Gold Flake Paint celebrated their third birthday, so it only seems fair to showcase the brilliant efforts from founder Tom Johnson. As well as the site, he recently set up his own record label ‘Night Talk’, and released duo Team Morale’s debut EP ‘Forteana’. The Bristol based band produce hazy dreamscapes and delicious beats that make this release one of the most underrated offerings in recent months. Oh, and Tom also made some really great Arnie-influenced t-shirts.

If you’ve ever been for a decent night out in Bristol, you’ll have no doubt witnessed the delights of brotherly-duo The Kelly Twins. Somewhat veterans of the local scene, it’s a pleasure to see them launching their very own label Happy Skull later this month and boy, is their first release a corker. Systems of Desire is a new collaborative project from Hyetal and Kowton and Happy Skull will be releasing ‘Control’ in July. These guys certainly know what they’re doing behind the decks, so we’re in safe hands.

Bristol favourites Idles will be supporting the mighty The Fall on May 23rd. Taking place at the Trinity centre, the five-piece have really come to deserve such a slot after playing some of the most energetic and exciting shows over the past few months. After the success of their EP ‘Welcome’, as well as featuring on Fear of Fiction’s record store day release, I can’t wait to hear a full length offering from these chaps. Thankfully, they’ve been getting busy in the studio so we should be able to sample some new tunes at this gig.

Sadly, this month saw the closure of one of Bristol’s best-loved venues – The Croft. For over a decade, the team have hosted some the best parties, gigs and club nights including the ever-popular Dubloaded. Despite efforts to get Andrew WK to play the last ever show, the venue really did go out with one of the best weekends the city has seen with Holy Stain playing a very special slot on the Friday night. Andrew was also super great about the whole thing and sent a special vine message for The Croft all the way from Russia.