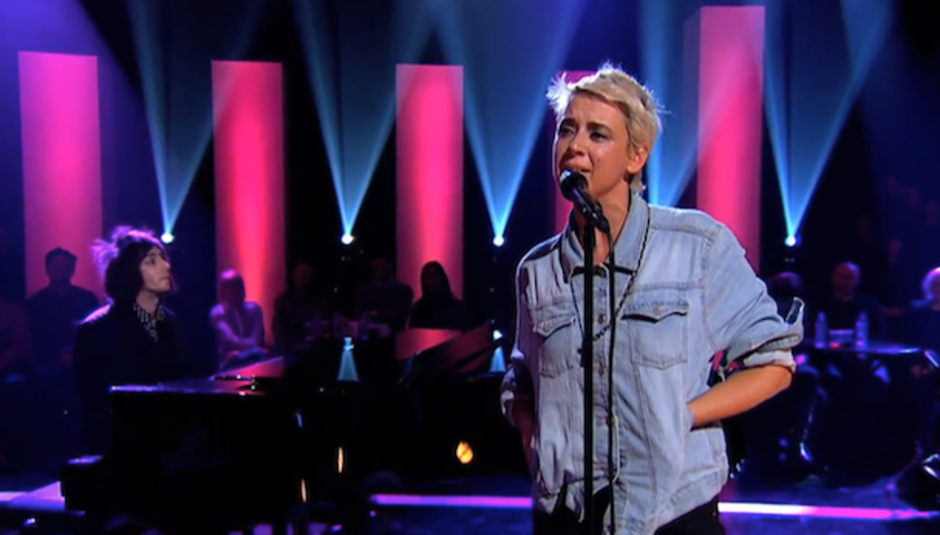 Hello and welcome to a brand spanking new edition of DiS Does Singles. It's been a busy seven days for track releases with Jessie Ware, The National, Bibio and several significant others all vying for 'Single Of The Week' status.

A word of warning about the Cat Power video: have a pack of Kleenex to hand before pressing play. It will slay you.

‘Bully’ lingers in the twilight of grief, when your tear ducts are raw and the fuzz of bitter immediacy begins to fade. Through this haze you begin to see the forces that pulled a relationship together and those that gradually eroded it. All of them muddled in a numbing cocktail that’s defined by the realisation...

Cat Power is no stranger to the past tense. Whereas ‘The Greatest’ was a fall from grace story based on her own wasted ambition, ‘Bully’ relates to something more concrete; it’s an obituary for one hell of a break up. A two-chord stream of anguished consciousness that hones in on several unbearably intimate recollections...

As Chan Marshall spirals from love at first sight to present day regret, she begins to distance herself from events. First person happiness is still vivid, “Twenty-seven was a good year, the best. The back of the bar watching me dance in a dress.” The latter days are a deliberate blur, “All on the run from the police, dumb girl on your arm.” She’s not fooling anyone...

The immediate impulse when faced with such unsparing emotion is to flinch. ‘Bully’ holds your gaze long enough so the specifics don’t fade. You become a vessel for the tale’s permanency, a crutch for its trauma to lean on and a quivering wreck in the process. If there’s a dim hope that things will be alright, it lies in the song’s parting shot...

A humbling reminder that when all else fails, your memories won’t.

Jessie Ware - Imagine It Was Us (PMR)

For a chipper sarth Landan bird, Jessie Ware tends to put out a lot of somber tracks. Even her recent verse on Katy B's 'Aaliyah', a certified club banger, channelled the spirit of a lovestruck grouch who tops up her gin and tonics with a steady stream of tears.

‘Imagine It Was Us’ is different and not just because its video sees Jessie vamping things up with a feather boa in hand. Producer Julio Bashmore’s disco-house vibes are overwhelmingly cheery to the point that they convinced me into doing the shelf-stacking dance while sat at my office desk. Some solid career advice: if you want to get ahead in life, don’t do the shelf-stacking dance at your office desk. Do the worm instead.

The National have gotten into a nasty habit of naming their songs after synonyms for ‘sadness’ and ‘torment’. ‘Sorrow’ was bad enough but ‘Demons’ is so galling it requires a 7/8 time signature to regain the cry-wank indie high ground. In the ‘grim but anthemic alt-rock bingo’ stakes, this humdinger will you earn you a lifetime pass to Blackpool Pleasure Beach and a stick of rock moulded from the deepest furrow on Matt Berninger’s brow.

Brooklyn’s premier harbingers of miserabilia haven’t been on permanently disappointing form this week. “When I walk into a room, I do not light it up... fuck,” brings a sweary dose of eminently quotable levity to ‘Demons’. While ‘Don’t Swallow The Cap’ is good enough to assure a legion of emotionally stunted young adults that The National can still write a song like ‘Brainy’; exactly like ‘Brainy’.

Chalk ‘À tout à l'heure’ up as a victory for pretentious folk. It’s proof you can release something on Warp that boasts of your bilingual skills and creates a triumphant mood of joie de vivre too. Cresting on a breeze of melodious string-picking and rasping drums, this free download is custom-built for frolicking along to in a dew-strewn field. If you’ve got hayfever or don’t live near an idyllic corn plantation, consider investing in a Flake 99 to capture the same effect.

She & Him - I Could Have Been Your Girl (Domino)

When I listen to She & Him, I begin to understand why some people like David Guetta. I don't care that 'I Could Have Been Your Girl' is another longing slice of sepia-tinged pop. That its folsky "four-leafed clover" lyrics swoon alongside a countryfied twang of rustic guitar. This is my gleeful clang of garish Euro-house, my musical jelly and ice cream and I will accept every new portion like a grubby street urchin with an empty bowl and a surprisingly posh diction.

Here Is Your Temple - So High (Bolero)

If Meat Loaf and Beach House’s Victoria Legrand ever engaged in musical coitus, Here Is Your Temple would be born unto the world nine months later. Clothed in vintage threads and boasting an unquenchable thirst for power-balladry, they sound like a band who could reign supreme at the Eurovision Contest but are far too cool to pander for Azerbaijan’s votes. Despite these artsy tendencies, they’re still inclined to use spaceship laser noises to herald the arrival of a super-massive chorus. Because else how else will you know that it’s time to raise your fists aloft in euphoria?

Public Service Broadcasting are a beast of brilliant folly. Their fusion of clamorous post-punk and voiceover samples from long-forgotten public information films is not destined to be sung from the terraces or performed during auditions for The Voice. Instead songs like ‘Signal 30’ will be mentioned amongst music geeks with a reverence usually afforded to Manic Street Preachers B-sides.

‘Do you remember that instrumental band who were a bit like Bloc Party but without the god-awful lyrics?’

The Wizard of Oz - Ding-Dong! The Witch Is Dead (Great American Music Company)