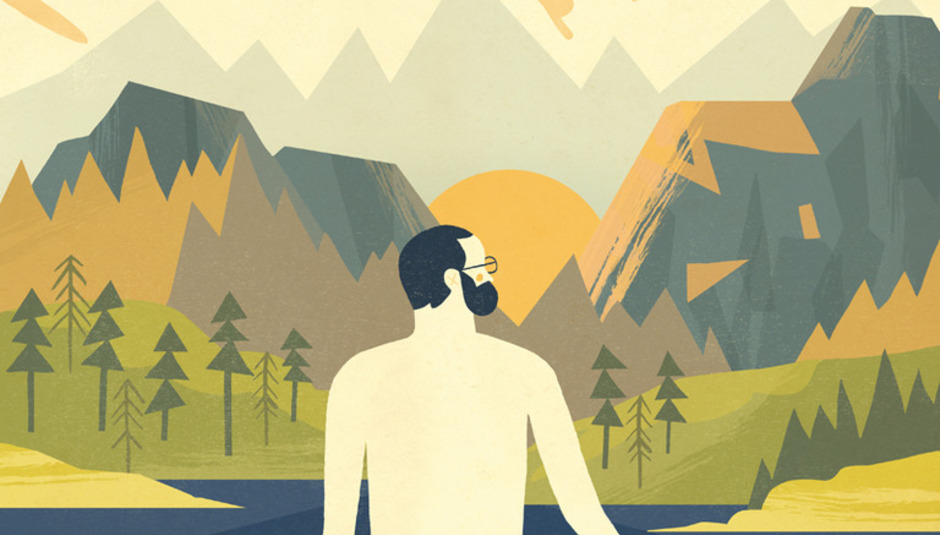 Planet Gear: The Leisure Society on Making Alone Aboard The Ark

Planet Gear: The Leisure Society on Making Alone Aboard The Ark

'Planet Gear' is an irregular feature on DiS, in which we ask musicians to get a bit geeky and talk us through the equipment that makes the 'magic' happen... Here, The Leisure Society talk us through the making of their new album, Alone Aboard The Ark.

Nick and I produced The Sleeper and Into The Murky Water ourselves, adopting the ‘if it sounds good, its good' methodology as we dragged our limited equipment to various bedrooms, converted chicken shacks and college music rooms. Neither of us had much love for proper recording studios with their windowless stale air and carpeted grey walls, but after a short spell at Konk working with Ray Davies and his beautiful in-house sound boffin Dougal Lott, we were ready to be converted for album three. The live room at Konk is an exciting place to make music, there are amazing vintage instruments, compressors and microphones all over the place, and Mr Lott has an uncanny ability to translate musician-speak ‘I want this piano to sound like a broken robot’ into sonic solutions. He is also very quick, so you don’t lose the excitement of a new idea waiting for hours to get the sound you’re after.

A lot of our favourite records have been recorded onto reel-to-reel tape, and we wanted our third record to capture some of the live energy we put into our concerts. After a long chat with Dougal in The Queens pub in Crouch End (good pub) we had a plan of action - record as much live as possible using the Neve 8040 desk, onto GP9 2” tape on a 24 track Studer A820. The tape machine would be set up slightly ‘hot’ so that when we pushed hard we’d get that lovely natural distortion that just doesn't come through when you’re recording digitally. We wanted to make things sound pretty much finished in the room, long before we got to mixing, again it’s our aversion to studio techniques where things get re-amped, chopped up, moved about and re-eq’d, almost as if anyone could have played them on any instrument. We were after something real. We wanted some loose, slightly wonky elements to break up the pop tightness of this song, so Nick suggested I played a Suzuki Omnichord on the breakdowns. The first few attempts weren't working rhythmically so we found a banana which was the perfect size and shape to get a smooth slide across the touch plate. The drum track on this song is a mixture of natural kit and Bas’s Roland SPD-SX drum pad, all played together live. The preset snare sound wasn’t quite right though so Dougal suggested triggering a sound on the Korg MS20 and swapping it out with Midi. There was lots of patching wires and twiddling knobs until we had just the sound. Sometimes post-production is great. Tearing The Arches Down For the opening seconds of this song we were committing the supposedly cardinal sin of ‘chasing the demo’. Nick had recorded a very weird wobbly intro and we all loved it, so to capture that idea we set up the upright piano, the Rhodes piano, a floor tom, flute and electric guitar and recorded fully live and fully drunk. Dougal used Coles 4038, B&K 4006, Neumann u67 (Flute and Tom) and a Sennheiser MD421 on the Rhodes. He popped an old rotary dial telephone under the piano and a BeyerDynamic m160 on the guitar amp behind the Coles. They were all mixed down to mono and compressed, delayed and distorted before being sent to a Leslie cabinet speaker which was recorded with a pair of Neumann u67s. When it came to recording the main rhythm guitar, we stuck the Vox AC30 amplifier out in the corridor with the microphones some distance away, giving us the raw reverb sound we wanted. The Sober Scent of Paper

This song was recorded the opposite way round to the other songs, with Nick’s lead vocal (into a Neumann M49) and nylon strung acoustic guitar (into a Neumann u67) going down first and the rest of the song being built around it. By chance, Ray Davies popped in to see how we were getting along on the one day that Nick was recording this way, so there was the added pressure of a songwriting hero watching him through the glass. Perhaps that added to the tension of the recording. Perhaps that’s post-rationalisation / complete bollocks.

The ‘underwater’ section of the song just before the end was achieved by sending bits out to the Leslie cabinet speaker. Nick had a very specific sound in mind and after quite a lot of experimentation it turned out just as we wanted. We were adamant that Ray’s Melotron had to make it onto the record if at all possible, and it was Sober Scent that gave us the opportunity. I was slightly gutted that on the day it went down I was at home as sick as a dog, so Nick got to play it. Forever Shall We Wait

One of the (many) things that we really couldn’t have done without Dougal was the keys sounds on Alone Aboard The Ark. On this song (and most of the others) he put the Rhodes piano through a handmade pedal from Audio Kitchen called The Big Trees. It’s a beautiful looking thing designed for guitars (and we used it on a lot of those too) but it gave the Rhodes a warm drive that was perfect without killing the natural tone of the instrument. We applied heavy processing where appropriate (and inappropriate!) on a lot of the piano overdubs, by squashing the piano through a dBx 160x and then distorting them (again with the Big Trees pedal).

Nick’s vocals were mostly recorded through a Neumann Valve 47 and compressed by a Urei 1176. On this song the Neve was driven particularly hard for the vocal recording, so it has that dirty edge to it.

There was one section of the song (chorus two) that we hadn’t nailed by the time we’d finished recording at Konk, so we took one of our two Fender 65’ Princeton Reverb amps (amazing little amps) to a car park next to the studio at Music Sales in Soho. Our friend Jonas Persson engineered for us and Nick had one shot at a very loud swampy overdub before the complaints started.

Alone Aboard The Ark is out now via Full Time Hobby. The band play live on the following dates in April: