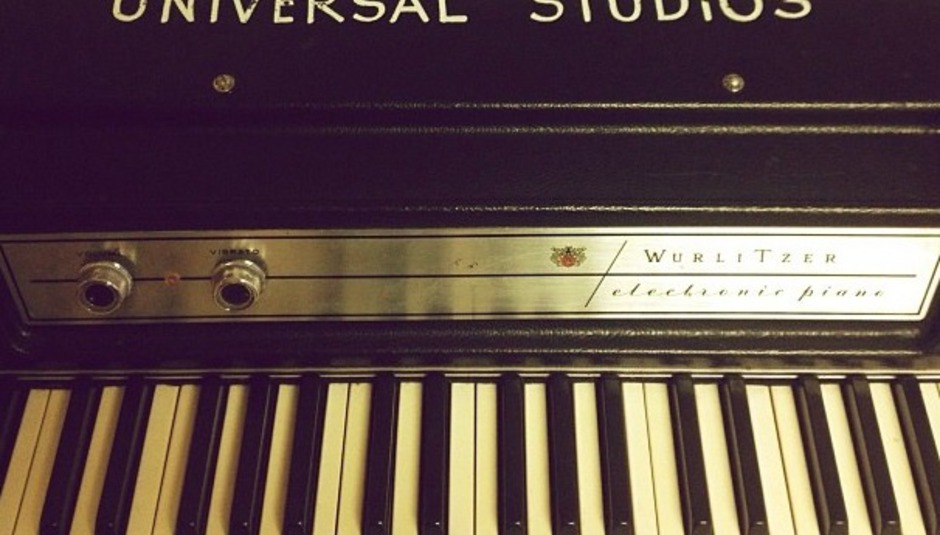 From Seattle to SXSW: Frightened Rabbit vs America

From Seattle to SXSW: Frightened Rabbit vs America

Earlier this year, DiS' favourite anthemic Scottish indie-rock band Frightened Rabbit released their fourth album Pedestrian Verse. Rather than sending the band some inane questions, we thought it would be far more interesting to ask that rather eloquent so-and-so Scott Hutchison to keep a diary for us, documenting their adventures in the US of A. We also borrowed some of their Instagrammed shots from the road...

It's sunny out here, and it's good for me. We're all smiling a bit more as we settle into Los Angeles for a week of promotional activities, and like I said, it is good for us. It's a healthy start to the tour, involving positive salads and cakes that are free from whatever it is that makes normal cakes good. We spend time at the movie studios (punting our songs to some incredibly friendly and welcoming film & TV executives), we take in the beach (there's quinoa in my shoes and I don't know how it got there) and I even manage to take in a sweaty, celebratory Frank Turner show at The Roxy.

It was all rather 'holiday', as work weeks go. Though the thing that strikes me whenever I spend time in sunnier climbs than Scotland (most places) is that to live here may well end my career as I know it. Don't get me wrong, I could picture myself out on the west coast, leather-sandalled and linen-trousered, smiling away like some sort of happy bastard. That's the problem. I'm not sure I thrive on joy and there's a lot of it, unabashed and naked, out here. So by the end of the 4 days in the city, we breathe a collective sigh of relief as we reach Seattle for the first proper show of the tour.

Seattle feels a bit like home, only with better civic recycling facilities and more tattoos on girls' arms (a good thing on both counts, Seattle). There's more cynicism in the air and it smells pretty fantastic (a bit like your favourite shoe, in case you wondering. Bitter, yet familiar). That night, I pound a burger into my still pasty face and sit back, happy in the knowledge that I have just done a great big shit on all the benefits brought by LA. Ahhh yes.

The frown is on. SXSW. Simply reading those four letters brings me out in a hot sweat. Its not that I dislike the yearly get-together of the world's music industry, but after 3 previous attendances I now know what's in store for the majority of bands appearing there. Being prepared for those sketchy shows, the über-stressed stage managers, absolutely no sleep and yep, them sweaty ballz (if you have them) is essential for all who play there. And each of those aspects are, in fact, part of the charm of the festival - it can be exhilarating and exhausting in equal measure. This year we flew in from Los Angeles on a 5am red-eye and it felt like being dropped from a great height into a barrel of snakes. Hipster snakes at that (to be fair, over the 3 days we spent there I also saw plenty of mean rapper snakes, muscly jock snakes, scantily clad lady snakes and jaded industry snakes). Even in the 3 years that have passed since we last attended, the SXSW beast has grown into something akin to a media death star. The corporate aspect of the event has become even more amplified, which is a natural and expected progression, but at times this feels like a pop-up version of Times Square, so omnipresent are advertisements and endorsements. For this reason, each venue/party has at least 3 different names, which makes life rather confusing. It makes me wonder how many people had a conversation along the lines of:

All this before realising that they are in the same place, watching the same (not actually Scottish as it turns out) band. Dudes, eh…

The only way to deal with all of the chaos that inevitably ensues is to remain calm and accept your fate, probably in the same way one might feel on a burning plane, careering towards the earth. The only thing to do is suck up the oxygen (in this case, free alcohol delivered in massive vessels), kiss the person sitting next to you and enjoy your final moments as best you can. I am being a little melodramatic here, as this year we played some genuinely fun shows to excellent crowds and, what's more, I didn't even kiss anyone. We also caught up with friends from home, friends from the US, saw a rather brilliant Haim concert and managed not to make any new enemies over the weekend. Though, in a rather uncharacteristic outburst, I did repeatedly call my brother a 'stupid cunt' on the final night. In my defence it had been a really busy day, I had consumed many, many margaritas and also, he was being a stupid wee cunt. Perhaps that shouting match on the pavement outside the Hyatt hotel was the best Frightened Rabbit show of the festival. Who knows… It's buried now, and we can all just get on with our lives. Austin, you are a total weirdo, but a good'n. Photos from the band's Instagrams: here, here, here and here.