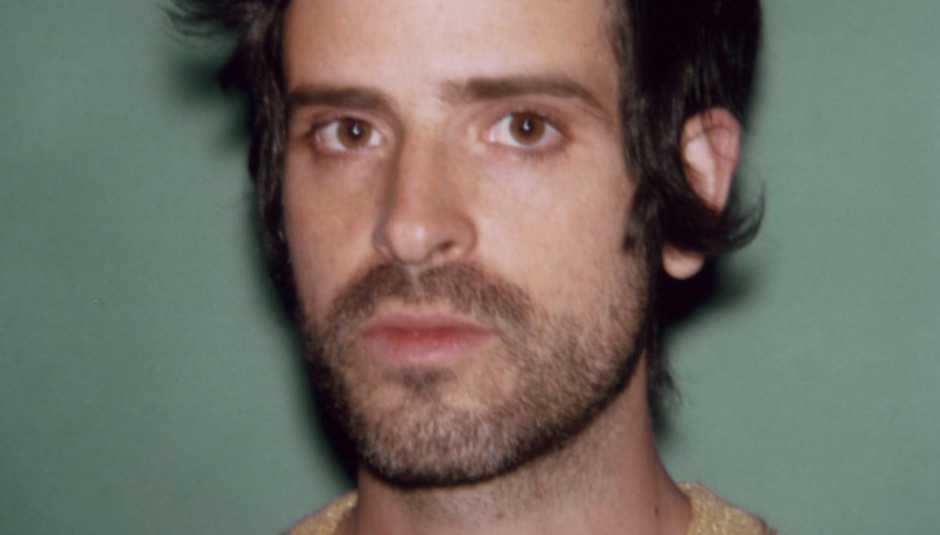 Devendra Banhart is an artist that has long been somewhat type-casted. Perpetually the whimsical, hippie folk troubadour singing about psychedelic critters, many fail to notice his new haircut, dress sense, and (above all) his movement away from warbling falsetto and acoustic tomfoolery. Now on his eighth full length, entitled Mala, Banhart continues down a more experimental, mature path to explore darker themes, strange manipulated sounds and other aspects of the macabre. Including allusions to sacrificial bulls...

DiS met up with him earlier this month at the Warner HQ in Kensington and listened to stoned musings on whips, chains, Noel Fielding and "the darker things that surround us".

Devendra: Thank you very much

DiS: Since the recording of this record, you have moved from LA to New York. As far as you’re concerned, how do the music scenes compare - do you have a favourite?

Devendra: Absolutely not! [he then leaves abruptly for a toilet break and I think I’ve offended him... he returns]. I just went through a fifteen albums that changed your life thing for Q - it's been a childhood dream of mine - and I took a LONG TIME on it, only to find out that only nine were going to be used.

DiS: That changes everything!

Devendra: Well yeah, it's like saying they were going to kill my kid and cut out my tongue. Whoa... OK. Right, about the different scenes. There’s incredible music in both...it's very rich in both Los Angeles and New York. There are bands just starting out in both places who are consistently playing shows in LA and New York... and within that scene there are particular bands that I absolutely love. I mean, I forgot.. is the question do I have a favourite where I like to work? Absolutely not!

DiS: But you’ve spent a lot of time in LA. At least more so than New York?

Devendra: Yes, but I also spent a lot of time in NY about ten years ago and my friends weren’t as established then... Fab Moretti, Adam Green, Anthony. That isn’t to say that there aren’t any new bands in New York. There’s a guy called Helado Negro, who’s done a track called ‘Dance Ghost’ which is doing very well at the moment. He’s awesome... based in Brooklyn.

DiS: Do you live in Brooklyn?

Devendra: No, I live in Manhattan. But my favourite guitarist lives in Brooklyn! But there are also incredible bands in LA too: Hecuba, Rainbow Arabia...

DiS: You’ve mentioned early hip-hop as an influence with regards to your usage of a Tascam recorder on this record - was there any particular record that influenced you that used this?

Devendra: I don’t know anyone who doesn’t like hip-hop; it seems to be obvious of me to say ‘I like hip-hop’. I don’t make hip-hop.

There isn’t any particular record – a lot of early Beach Boys albums were recorded on it. The sonic imprint is familiar with early hip hop and we wanted to see how it would translate. A lot of sounds on the record were just tuned down guitars, oscillator sounds. We also used chains and whips quite a lot. I like chains and whips. Both literally and figuratively.

DiS: You have mentioned before that it many ways you are more comfortable with singing in Spanish as opposed to English. Is this still the case? And is English singing becoming more comfortable as time passes?

Devendra: There are certain things that I prefer to sing in Spanish - genuine, personal love songs that would be difficult to translate. Half of my love songs are just love songs to the genre itself.

DiS: Yeah, I heard you mention that with regards to a track on the record called ‘Your Fine Petting Duck’, in which you rebuke a girl’s offer to take you back after a breakup...

Devendra: No girl has EVER wanted to take me back. Literally never. That is from no previous experience, it's just personas. I mean, that’s my fiancé singing.

Devendra: Yeah! The Spanish song on the record (‘Mi Negrita’) isn’t serious either. That’s me hammin’ it up. Croonin’ it up. I imagined a cheesy 70’s Spanish drama, with me really sweaty, wearing an over-sized suit. I prefer to sing in German now, anyway. Now I have tasted it.

DiS: I noticed that in ‘Your Fine Petting Duck’. Do you actually speak German?

DiS: The first and last tracks of the record (‘Golden Girls’ and ‘Taurobolium’) are somewhat darker and mysterious then the rest on the record. Is there a reason for their placement on the record, i.e at the beginning and end?

Devendra: It's nice to bookend things with the darkness that surrounds us. Do you know what a Taurobolium is? It’s a room used in religious rituals of yesteryear. It was widely used in various religious traditions. Like a robe: robes were used in many different cultures. It was a room placed above the area where a priest performs his sermon/ritual where they would sacrifice a bull. And they would kill it and the blood would run through a hole and bathe the priest.

DiS: I see... One of the more mournful tracks on this record is entitled ‘The Ballad of Keenan Milton’, referring to the late skateboarder. I understand that skateboarding is a hobby of yours. Was it his life or death that inspired the composition?

Devendra: On one of Keenan Milton’s videos he used the track ‘007 (Shanty Town)’ by Desmond Dekker and that record changed my life. I owe him so much for that. He was thus a major catalyst in my involvement with playing and composing music. So with ‘The Ballad of Keenan Milton’ I am trying to write in the most vulnerable way that I can. I wanted it to sound like the first time I ever wrote. It’s a super-duper rudimental piece. I thought it would be an interesting way to write. Another cool way to write is to try and write a love song about a pair of shoes or an iPad. But don’t give it away that the song is about that, just write it like you would a normal love song.

DiS: So why did this song happen to appear on this record in particular? Milton died in 2001.

Devendra: It just felt right at the time.

DiS: In ‘Daniel’ you mention Suede. You also mentioned a various Britpop and post-punk bands on the radio; Wire, Pulp, Elastica etc. Are there any more contemporary British bands that you’re into at the moment?

Devendra: Well, I feel it would be quite.. it feels quite...what’s the word? Let’s take a moment here. It’s a fucking great word too.

[continues for a few minutes]

DiS: Well, what does the word mean?

Devendra: Sort of favouring your friends.

Devendra: Motherfucker. Fuck you. Good job. Anyway, I like Natasha (Khan) a lot. I also hear Lily (Allen) a lot, especially in London. Anyway, this is hard. Do you have any? It's fucking difficult on the spot. Why don’t you tell me? This is part of the interview. Jeez, I don’t know! What are your favourites? I want to write them down.

DiS: It is hard... There are a few good ones about. Palma Violets, Savages and Cheatahs are pretty big at the moment. I heard an indiepop band called This Many Boyfriends recently who I like. David Cronenberg’s Wife are pretty good.

Devendra: I saw this comedy on the plane here called Cardinal Burns. Are the kids into that?

Devendra: What about Noel Fielding? What’s he doing these days?

DiS: Nothing really, he just appears on things. Anyway, I’ve got one last question. You described your music yesterday as ‘unpopular pop songs’, are you happy for this to continue or do you think that popularity is something that you seek, in a commercial sense?

Devendra: I only said that because the lady at the airport asked. No, I don’t think I do seek popularity. It’s a by-product of what I do. What do you think pop stands for? It stands for popular! I also make visual art - but I don’t think commerciality has anything to do with me. My music obviously isn’t popular in that sense.

DiS: Finally, the album title, Mala, means several things. Did you mean the Spanish term, meaning ‘bad’ or the Serbian term of endearment?

Devendra: It means about ten different things. In Hindi it means ‘nice jacket’, I thought it would be cool to use a name like that. There are loads of meanings. You’re the journalist. Look it up!

A smash hit: DiS delves inside the mi...