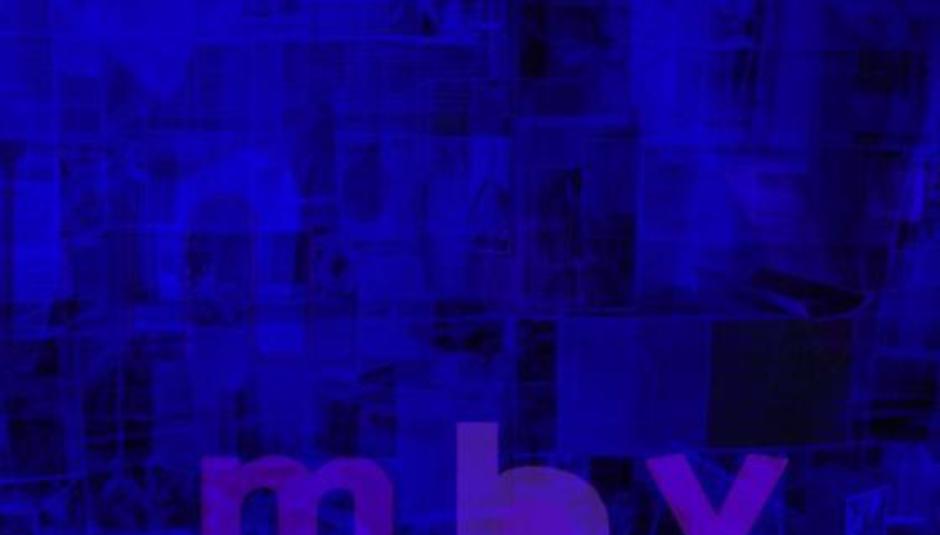 It's finally here! MBV (that's My Bloody Valentine to you and me) have gone and released their first album in 22 years also called mbv. Having spent twenty-four hours encompassing a total of eleven listens (one has to eat, drink and sleep too you know) in its company, here's DiS' first impressions of possibly the most eagerly anticipated album in history.

It was only a week ago at their Brixton Electric warm-up show that Kevin Shields remarked to an audience member asking when the new album was likely to be out, "Maybe in two or three days." Yeah right, we all shrugged back. Even the one new composition aired at that show seemed to have little more than a working title - 'Rough Song'. How on earth could there be a whole new album ready by close of play Wednesday? Never gonna happen, not this month anyway...

So, it's perhaps ironic that at approximately 9:05pm on Saturday evening while watching two bands whose very existence could be called into question were it not for My Bloody Valentine, I receive an excited text from an old friend. "New My Bloody Valentine album. TONIGHT!" it screamed. OK, whatever. Obviously just trying to cheer me up because Forest lost again. Then I receive another text. And another. So with these smartphone devices making it easy to connect to the Internet an' things I decide to seek clarification for myself. Surely this can't be happening, can it? According to the band's official Facebook page it is! Only one thing left to do. Unfinished pint of Tuborg discarded and Saturday night aborted, off home I trot. Could this really be happening? I mean REALLY? By midnight I could be the owner of a new My Bloody Valentine record?

OK, so that last sentence didn't quite happen thanks to a large proportion of the cyberworld having the same thoughts, and almost three hours of attempting to gain entry to the now infamous mybloodyvalentine.org without it crashing the server, I gracefully retire to bed, believing that when I rise in a few hours time all will be fixed. 7:30am and voila! Here it is in all its glory. A new My Bloody Valentine album, perhaps rather uninspiringly titled mbv. But what's in a name, eh? Kevin Shields could have purposely titled it Soiled Pants and it wouldn't make a difference. All that matters of course is what it actually sounds like.

Since unleashing Loveless and changing the face of music forever back in 1991, so much has changed. We've had post-rock, britpop, grunge, triphop, dubstep, Coldplay among other assorted musical exponents and genres. Each and every one inspired to some degree by that record. "DUBSTEP?!?" I hear you cry. Yes, dubstep. Without the crackly, skipping beats that underlie the core of 'Soon' would the likes of Skream, Benga et al have defined then forged their own niche? Debatable, but unlikely.

By the same token Shields himself hasn't exactly been slacking either. Listen to Primal Scream's XTRMNTR (and many of their live shows around the same era), The Go! Team's Thunder, Lightning, Strike, Dinosaur Jr's Hand It Over and Paul Weller's Sonik Kicks you'll hear his majestic reverence in all its glory. And then of course there's 'Lost In Translation', arguably the point where the genius of Kevin Shields and My Bloody Valentine reached a whole new audience at the tail end of 2003. Up to that point, despite the seminal status of Loveless, "shoegaze" and its assorted offspring was still a dirty word. It wasn't big or clever then so why should it be any different now? What did happen was a new wave of artists emerging in thrall to Shields and many of the bands influenced by My Bloody Valentine first time around. M83, Ulrich Schnauss, A Place To Bury Strangers, Deerhunter, No Age, TV On The Radio, School Of Seven Bells, Emeralds, Mogwai... the list is endless.

Anyway, back to the new record. When DiS spoke with bass player Debbie Googe in the latter part of 2012, one thing that became apparent was this was a Kevin Shields rather than My Bloody Valentine album. Even more so than its predecessor, if the revelations Shields did pretty much everything bar Bilinda Butcher's vocals and a few drum takes are anything to go by. Listening to mbv now it's apparent which drum parts were pre-processed and which had live segments tagged on later ('is this and yes' sounding the most obvious candidate). Not that either process detracts from the record in any way, shape or form.

Because of the furore and to an extent, hype, surrounding this release it's difficult to attain a sense of perspective when critically assessing its merits. Does it meet expectations? Absolutely. Will some people be disappointed? Possibly. Those expecting another wheel reinvention like Loveless might rue the fact it sounds exactly how one would expect it to. Particularly considering the twenty-two years wait. One factor that hasn't been revealed yet is around the record's timeline. In terms of which composition dates back the furthest it's easy to hazard a guess; opener 'she found you' could quite easily be tagged onto the end of Loveless or indeed the Glider and Tremelo EPs for that matter. Built around Shields now trademark heavily reverbed guitar and dreamy vocals, its place as the introductory statement to mbv perhaps strategically orchestrated to bridge the gap between both records? 'only tomorrow' which follows suit, this time featuring Bilinda Butcher on vocals, also suggests for the first three-and-a-half minutes at least that it maybe dates back to the same era. What sets it apart though is the uncharacteristic (for My Bloody Valentine at any rate) guitar solo in the final third. Almost signalling the exact point where Shields wanted the record to progress to the next juncture, it doesn't so much confound expectations as merely indicate many of these pieces probably started life as simply orchestrated melodies on an acoustic guitar. Seriously.

'who sees you' follows a similar template to the opener, comprising six minutes of unadorned, effects-laden bliss. Then mbv takes its first real diversion. 'is this and yes' might be a long lost Broadcast demo in another world, or maybe an idea Melody Prochet was toying with at some stage of her musical development. Whatever Shields intentions, it represents one of the most mesmerising pieces of music he's orchestrated and delivered in the thirty years of My Bloody Valentine's existence. Listen carefully and there's even a nod to Yann Tiersen's Amelie soundtrack. 'if i am' could be the quietly unassuming stepsister of 'To Here Knows When', floating along cordially amidst Butcher's seductive coos and a heavily layered concoction of backing tracks further suggesting the first half of mbv at least might not be the easiest of records to replicate in a live setting.

Those in attendance at Brixton's show last weekend will recognise 'new you' as the aforementioned 'Rough Song'. While the numerous mobile phone recordings that have surfaced since on You Tube don't really do the song justice, its recorded version makes clear its intentions from the off. Focusing heavily on a rhythm track not entirely dissimilar to the Primal Scream output Shields was involved with at the turn of the millennium. What's also apparent are Bilinda Butcher's delicately whispered vocals, something sadly lost between the stage and the sound desk on Sunday.

At this point I'm joined by fellow DiSser jordan_229 and a Eureka! moment occurs; that mbv, especially 'in another way' is heavily influenced by Godspeed! You Black Emperor. Indeed, watching this video of 'Gamelan' taken from their 2010 show in Athens; particularly from the 6:30 mark; the drum sequence is remarkably similar.

The final two tracks on mbv, 'nothing is' and 'wonder 2', stand out as personal highlights at this moment in time. Not forgetting this record has only been in my possession a mere twenty-four hours of course! The former contains one of the heaviest riffs Shields has ever put his stamp on. Equal parts G!YBE, Disco Inferno and Bark Psychosis. It sounds like nothing My Bloody Valentine have released previously, contains no vocals whatsoever and has all the hallmarks of being a showstopping beast of epic proportions live. Similar 'wonder 2', its introduction resembling a jetplane preparing for take-off via The Cure's Faith. Again breathy vocals dominate over distorted guitar sounds that suggest it has the potential to take over from 'You Made Me Realise' as the ear-splitting climax for the live shows.

Obviously time will tell, but as first impressions go, mbv is as good if not better than anyone could have expected given its delay. Whether we'll still be making same claims this time next week or come the end of the year remains to be seen, but for now it's a welcome return that while not exactly a giant leap forwards from Loveless, still manages to wipe most of their imitators off the face of the earth. For that reason, eleven listens and twenty-four hours after one of the most eagerly anticipated album releases in the history of music, my initial rating would be a well deserved 8/10.

For those yet to hear 'mbv', here it is in all its glory.