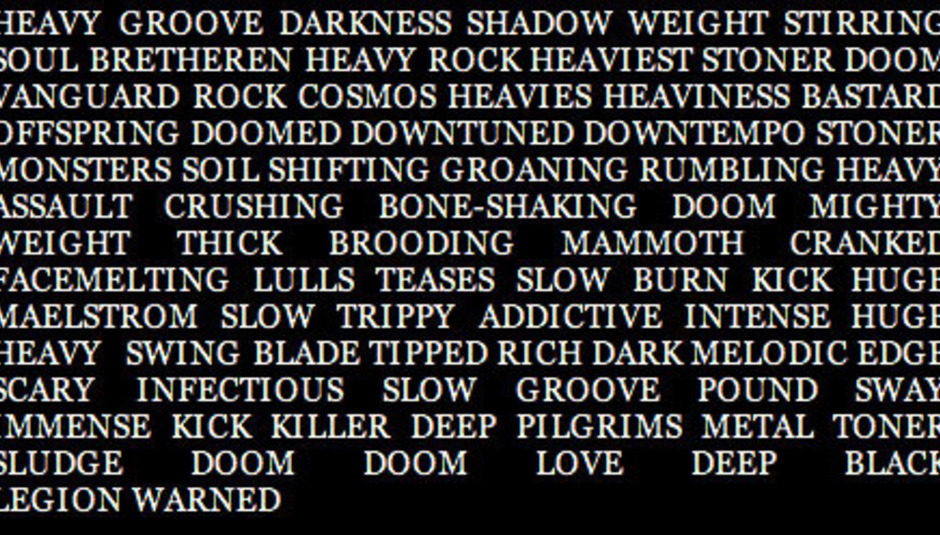 This Week's Singles 03.12.12: Sleepin' Giantz, Throne, Keel Her, Olympians, The Cast Of Cheers

This Week's Singles 03.12.12: Sleepin' Giantz, Throne, Keel Her, Olympians, The Cast Of Cheers

'I love Rodney P enough to read his entire Wikipedia page' does not really cut it as a compliment, but I did and I do - few can do menacing excitement as well as he. Fallacy & Zed Bias (such names!) do a grand job of bringing up the rear on 'Mucky', on which everyone pronounces 'filthy' as 'filfy' (my favourite); and which is about how all three of Sleepin' Giantz are harder, meaner, tougher and more raw than all of DiS' combined readership will ever be. Needless to say, it is absolutely brilliant, and lively as the musical lurg they appear to have been beset by.

Olympians have made a song that contains a line I have latched onto, like a life raft. 'Life, undocumented, is the greatest one I know,' they sing. I am interpreting this as a comment on how delicious it can be - as all around you are live-micro-blogging the crashing minutiae of their lives - to whisper something to someone else under a fuggy duvet. [Dog, I hate the word 'blogging', and 'blog', and 'blogger' - OH HOW I HATE THEM]. Of course, I say this as someone who did it, share-share-sharing [no word has been so roundly bastardised in the digital age] as if there was something desperate about me. Which, of course, there was, and is, about all of us. So it's nice to be quiet. Unlike Olympians single, which begins as a meditative, sad ballad [sallad, sadlad] and then explodes, with some tinselly keyboards, about two thirds of the way through. Lovely.

I realise it is not ICE COLD TRUTH for me to point out that a lot of indie is obsessed with being Professionally Crap at music; but some people are really amazing at being Professionally Crap and that, in turn, makes them Not Crap. And that is what I think about Keel Her. ALTHOUGH her b-side is called 'You Would Be So Grossed Out If I Did That' but AT NO POINT does she SAY what 'that' IS. And that, in turn, is quite annoying. It also means Keel Her is indie's answer to MeatLoaf.

As an experiment, I stripped the press release that accompanied Throne's single of all its chaff, and ended up with this, delightfully horrid, word-cloud:

...which sums up rather well what they are doing, even though that is not how you spell 'brethren' and despite the fact that it contains six variations on the word 'heavy'. I think Throne could get away with being a great deal doomier than they are on the promising 'Heavy Lies the Crown' - but this is because I spent my 17th year on the planet standing in a Dad's garage, surrounded by 'metal' boys who expected indie, feeble old me to sing 'Iron Man'. In Throne's favour; their artwork has two, cut-glass phalluses either entering or being expelled from a flaming, crucible-shaped volcano. Maybe they're drumsticks?

I did not think I was a sucker for The Cast Of Cheers' brand of Blitzkrieg Boppery, but there's something about the pace of 'Trucks At Night' that apes the sleepless, twilight road hours they are singing about. And that's quite clever - which is why I am letting them get away with being a slightly maudlin Ramones. And now, in circular news, did you know The Beautiful South did a cover of Blitzkrieg Bop. Christ alive! It's wretched.

What Pagiins are doing here is very cleverly pushing the button on the part of me that listened to Screaming Trees' 'Butterfly' about thrimpty millong times in a row, till I got told to turn that racket off. 'Used Karma' is still a terrible name for a song - though on the plus side, it did at least provoke me to pass a very pleasant twenty minutes coming up with alternatives. 'Half-eaten Kudos', 'Unwashed Flow', 'Burnt Death', 'Dirty Mindfulness' ETC.

Wendy is on the internet, here. I had to Google the plural of 'phallus' :(