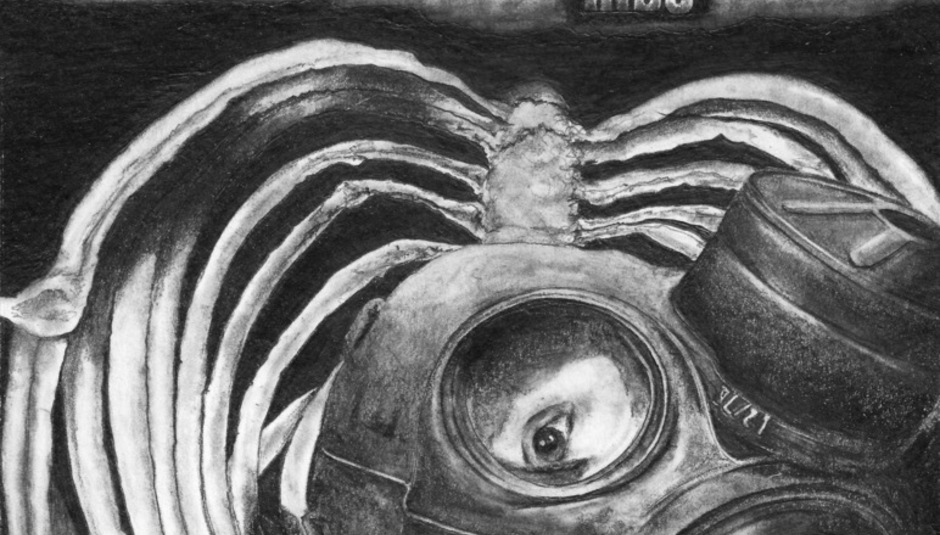 Although I can scarcely believe it’s already been two months since the first edition of Drowned in the North East, apparently it has, and lo, all that stuff I was excited about back in April has already retreated into memory, and we find ourselves heading into that mud-sodden time we call Festival Season. Of course, as far as festivals go, none of ours in the North East would strictly meet the full definition of the word because none of them involve tents or chalets, or even much grass in one case, but there’s still plenty of fun stuff going on over the summer.

This past weekend saw Evolution kick off the season in earnest, and while the positive elements of the festival (including triumphant sets by the likes of Maximo Park, Lulu James and The Lake Poets) are doomed to be overshadowed by the sea of under dressed drunk kids, Friday’s Evolution Emerging was a different story. A diverse line-up of 28 of the North East’s most exciting bands took over 7 venues in the Ouseburn area of Newcastle, and it was an absolute blast. The hellish clashes were a testament to the strength of the line-up, and having managed to take in brilliant sets by Let’s Away, Acrobatic Society, Natasha Haws and Fantasy Rainbow myself, I still harbor major regrets about missing, among others, Bird Island, Young Liar, Eeves, Weird Shapes and Nately’s Whore’s Kid Sister (whose set at the Tyne bar has been lauded as the night’s highlight among most people I’ve spoken to. To rub salt into the wound, I never even got a chance to try some of the Nately’s Whore’s Kid Pilsner they had on the go).

Due to ‘the current financial climate and given Middlesbrough's participation in both the London 2012 Olympics celebrations and the Queen's Diamond Jubilee’, Teesside doesn’t have Intro Festival (formerly Middlesbrough Music Live, of course) this year, but one of my highlights of last summer lives on another year. Sunderland’s Split Festival, takes place once again in the lovely surroundings of Ashbrooke Sports Club the weekend of September 22nd and 23rd. One of the best things about last year’s installment was their success in blending North-East artists with bigger names, so hopefully they’ll be able to repeat the trick again this year. The names announced thus far are mainly the local bands, and a pretty interesting selection too, with the likes of Richard Dawson, Let’s Buy Happiness, Warm Digits and the welcome return of This Ain’t Vegas making the festival an enticing prospect already.

As far as your regular gigs go, the schedules for the next couple of months have got one or two pretty tasty cuts to pick from too:

When it comes to releases, one of my favourite to have emerged from the region recently is the debut EP by the aforementioned Tyne Bar slayers Nately’s Whore’s Kid Sister. Ribs is one of the most interesting records of the year so far, and, crucially does a really good job of capturing the beautifully brutal onslaught of the live shows which are already making them pretty infamous around these parts.

Speaking of bands with intense live reputations, Teesside’s finest angry lads The Chapman Family are back with the first release to feature their new line-up. Their new EP Cruel Britannia is out on Best Before Records on June 18th and its five tracks include their cover of ‘Every Day is Like Sunday’ and one of their strongest songs yet in the shape of the raging call to arms ‘No More Tears’.

Since its release last year I’ve constantly kept coming back to Mammal Club’s Au EP, so the release of their new single ‘Painting’ in May has been pretty welcome. It’s a brilliant continuation of where Au left off, a masterfully melodic monster of skewed pop. They’re another band who’ve survived line-up changes recently, and I’m delighted they’ve managed to do so, because there’s not many bands around here doing anything like what they do, and certainly none doing it this well.

There’s been a lot of chat on the internet about Sunderland’s music scene lately, largely down to an ill-advised Guardian blog which attributed much of the city’s recent creative surge to the Council and The Stadium of Light’s mega-gigs. A flurry of responses, led by Field Music’s David Brewis took serious issue with the points raised, and while I think more than enough has been said on the whys and wherefores now, it’s pretty certain that one of the most positive things about Sunderland at the minute is the unshakeable sense of community binding its musicians together. Key players in this are Lilliput, whose new single ‘Until’ is an absolute corker, a gorgeous bit of gentle pop music which more than justifies their places on the Split and Evolution Emerging line-ups. The video, directed by Gavin Randall, is a beaut too, following the band’s drummer Dan Waterston as he shows off his mime skills in the middle of Sunderland.

On a sadder note, it looks as if surf-pop funsters Baskin’s Wish are calling it a day, which is a genuine loss to the North East. At the time of writing it’s unclear whether a farewell gig is happening, but at least there’s the consolation that they’re leaving behind a treasure trove of free goodies to download from their Bandcamp page, including their most recent EP ‘Lemonade’, which seems a more than fitting place for me to leave you for a couple of months.