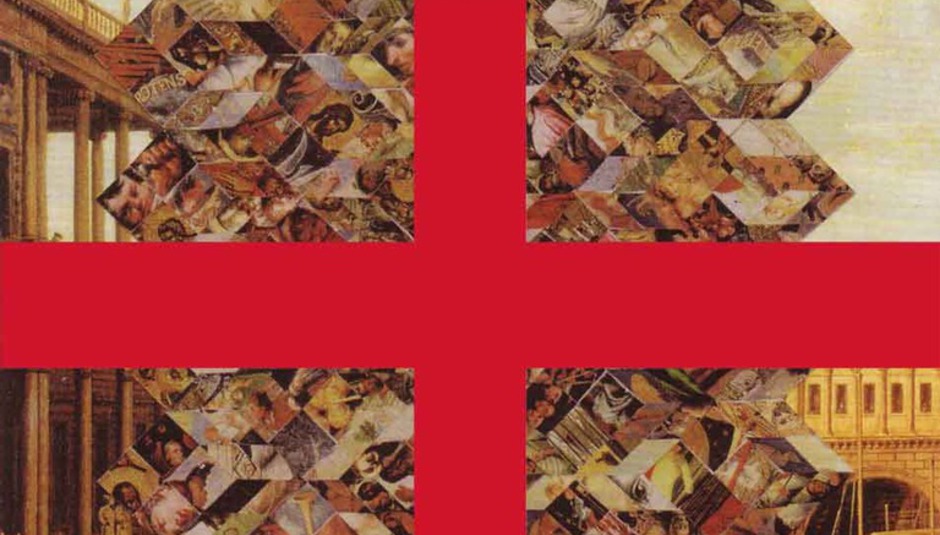 Only Dutch Uncles and my beloved Everything Everything could fashion a song in which the phrase ‘group stage’ became a beautiful thing. Or, compel me to become interested in the progress of a squad with enough hateful dickheads to fill a hotel room where things I do not want to know about definitely do happen. I mean, I am not immune to footer’s charms - I have seen them up close, and squealed when I realised that what at first seemed like thunder was actually a chorus of plastic seats; thudding back into position as a whole stand stood. But even if I were not fond of well-turned thighs and playful, tricky hips I would still love footer after hearing ‘Road to Roy’, which documents every one of England’s journeys through successive Trans-Euro-National Tournamentals - right up to this year, and including panned vocal stabs which represent England and Germany's penalties in 1996. Marvellous.

As there is nothing more embarrassing than people over the age of thirty doing drugs, I have long since passed an evening in which I was forced to ask new best friends I had never met prior to that evening why exactly it was, that I was made of air, or if it were normal for kidneys to throb. It is also why I needed to ask the internet what exactly is so effing good about Peaking Lights, whose psychedelic waft has organ farts, wibble flute and the sort of aimless purpose that only fans of Hannah’s Field could possibly find diverting. I’m not joking, this single ‘goes on’ for nearly EIGHT MINUTES. And I won’t get them back.

I know this is irrational but I feel like every week someone is on at me to make Tom Williams and his ruddy Boat happen. Is he releasing a song Every. Uckfing. Week or am I exaggerating because that is what you have to do, by law, on the internet? STOP TRYING TO MAKE TOM WILLIAMS AND THE BOAT HAPPEN. HE DOESN'T EVEN HAVE A BOAT. AND HE IS BORING.

Epworth’s latest has the sort of grandeur and lush absurdity I am very fond of in music; it is putting me in mind of similarly delightful and/or bonkers things like ‘Bachelor’s Hall’. So what starts as a slow, achey bit of piano quickly turns into gammy triumph of majestic brass, baroque guitar noodling and stadium drumming, with Mary giving it ten barrels over the top. I want to tell her to lop off her sadness and get rid - although strangely, and despite the kitchen sinkery afoot, I also want to turn everything up even louder, and could quite easily stand more swamp in its production. Still, very good.

Are bands like Fossil Collective formed by people who have grown up in minimalist boxes, crying out for trees, moss and pastoral rock? Or is music like 'Let It Go' made by people who merely identify with 1974 to such a degree that they are unable to do anything but ape it (including any concomitant facial hair)? Are they a gateway band for twelve year olds whose distressed fathers are eventually forced to push a copy of CSN under their bedroom door? And is it any coincidence that at the end of their video, YouTube sees fit to send us on a spiral starting with ‘Go Your Own Way’? Genuinely, genuinely, genuinely, genuinely interested. As the tweet once said to the internet vacuum.

‘This Song Is Called Ragged’ is this week’s rouser, and it will be pulling the duvet off your naked nethers before you have time to tell it you need coffee before sitting; pawing at your befuddled face with its scampy marimbas, and grinning in that way that only infinitely dread morning people can. It is one of those songs that has echoing choruses, massed singalong call-outs and drums that will go on, insistently and forever, as if they needed the toilet. And maybe that is what it is about; certainly it is a single that is not going to take no for an answer, even as you show it the twitching bulge under your eyeball; the one that is saying ‘Just five more minutes!'. You see, it’s good and everything, but it’s also the kind of music that wants SO HARD for you to have a good time, it makes me go all teenage and want to disobey. Especially at the end, when it goes a bit Drumming For White People Will Be Held At 2pm In The Community Hall.

I just want all of indie to know that out there in the REAL WORLD there are young people listening to pop records that have actual scatting on them.

Lyrics on songs about Hollywood are duty bound to include references to classic cars and page 6 headlines, and ‘Mr. Hollywood’ is no different, with its tropical air and coupe-de-villes driving through citrus groves. But it would be mean not to give The Magic credit for their way with a tune here, on a single which has just the right amount of syncopated, fidgety bass and jerky guitar lines.

Wendy is on the internet, here. Today she is going to interview a narrative taxidermist who has a PET EAGLE OWL. Imagine!