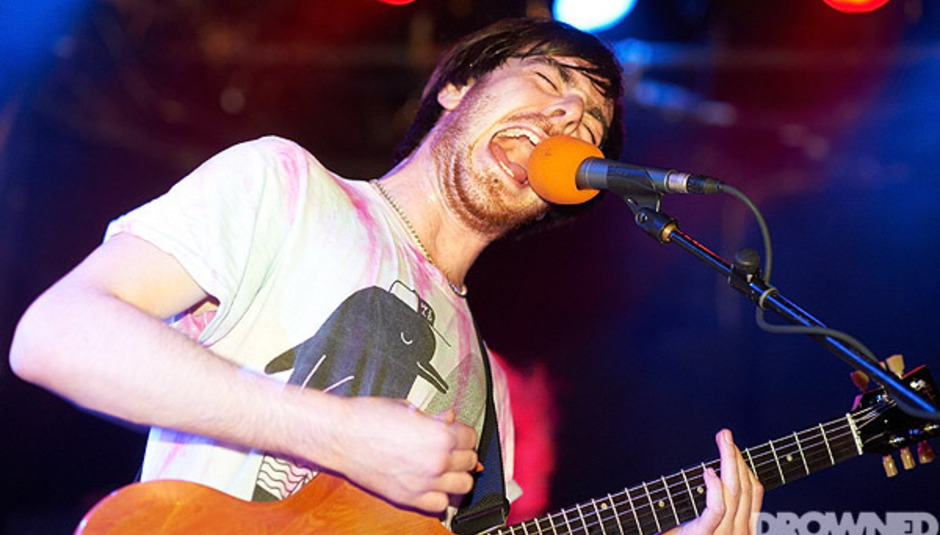 We seem to have reached that time of the year where the festivals have begun to announce the names topping their line-ups, and as a result, music lovers everywhere can plan their summers accordingly. In Leeds, the team behind the annual Live at Leeds have announced the first wave of acts to be playing the May Bank Holiday weekender. Well-known names such as Los Campesinos!, Ladyhawke and The Subways accompany a large number of names prominent on the 2012 tips list, as well as the usual pick of the stand out local acts which includes I Like Trains, Blacklisters and Joseph & David. It has also been confirmed that the invaluable ‘Unconference’ seminars and 5-a-side football tournament will return to bookend the live music. liveatleeds.com

Not to be out done, Wakefield’s Long Division have also revealed their initial line-up for the second year of their venue hopping alldayer in June. It’s a strong line-up that will especially appeal to those with indie-pop leanings, thanks to bookings such as The Vaselines, Art Brut, Standard Fare, Let’s Wrestle, Zoey Van Goey and many more. Plus there are plenty of decent bands that reside much closer to the Rhubarb Triangle playing too; Runaround kids, Imp, Post War Glamour Girls, The Spills, This Many Boyfriends and Mi Mye. longdivisionfestival.co.uk

If you think all this fun is too far into the future, then British Wildlife may be able to fulfil your festival urges with their do on the 3rd March. Across the Brudenell Social Club and Royal Park Cellars the likes of Bristol’s Zun Zun Egui and Brighton’s Cold Pumas will be joined by a fine selection of Leeds heavier, experimental types including That Fucking Tank, Hookworms, Double Muscle and These Monsters. As if the alldayer wasn’t enough, it is sandwiched between two more enticing gigs at the Brudenell on the Friday night and a free entry one at Oporto on the Sunday. The full line-ups, stage times and ticket details are here: britishwildlife.info Pulled Apart by Horses by Gary Wolstenholme (In Photos gallery)

In terms of local releases, Pulled Apart By Horses second album doesn't seem to have caused them any difficulties, released to a fanfare of rave reviews and perhaps somewhat unexpected Radio 1 support. Beneath the surface of the mainstream there's plenty more going on though...

Indie-pop champs This Many Boyfriends have announced the release of new single 'Starling' on Angular, due out on 20th February. On which Richard sings like Morrissey at the disco, but instead the DJ's playlist says something about his life; the vocals have a sense of purpose and are punctuated by some spiky riffs intent on causing mass limb quivering. They’ve also found time to create an accompanying fanzine for the single and this’ll be available at their upcoming gigs - of which there are some good ones. The band are off on tour with Allo Darlin’ this month, and after that they will be opening on a few dates for a little known band from Wakefield whose early years reflect This Many Boyfriends’ ethos and passion, The Cribs.

A band that have been slowly and steadily building in prominence are Backyards, and they released their debut EP If You're Scared at the beginning of the month - a relaxing, mellow jigsaw that beautifully blends together warm synths, guitar and drum pieces to create a colourful set of songs. There are moments throughout where violin is added sparingly to create some extra tenderness,reminiscent of another excellent local band, Tigers That Talked. The big downside of the EP is that at just 17 minutes long, before you know it you have the difficult decision of choosing what to follow it with. Get the CD from their next gig supporting LA band So Many Wizards at Oporto on 11th March. Website

Holy State have unveiled the video below for 'Dial 'M' for Monolith', which acts as a pre-cursor to their forthcoming album, Electric Picture Palace, due out in April. If space travel, jerking riffs, drumstick tossing gorillas, Red Dwarf, unconventional lyrics, and powerful drums are your bag (and why wouldn't they be?!) click play...

On Monday 27th February, noise merchants Blacklisters release the aggressive 'Trickfuck' as a download only single available from Brew Records. It sets out its intentions from the off, beginning at full pent with a jagged wall of rock and indecipherable anger. This only relents once to echo around the refrain of "you're just a Trickfuck" (I had to use the urban dictionary), before exploding back with a mosh-pit inducing spark of Molotov-cocktail sized proportions. They head off on tour with angular riff wielders Shapes in mid-March ending with a gig at The Library in Leeds on the 24th. Facebook

Arthur Rigby & the Baskervylles have announced the details of their first EP entitled Tales From Pegasus Wood. They've crafted a collection of songs which immerse the listener as frontman Ben narrates his stories of peaceful, remote landscapes which are then brought to life by the huge array of orchestral instrumentation the band have on offer. The opening scene takes place in 'Dark Wood' with the brass section carving the catchiest of hooks as the song gradually builds from the gloomy shadows before bursting triumphantly into the blazing sunlight. Next, 'Follow' awakes a sleepy town with its catchy cowbell-chorus, and 'One Stormy Night' bellows with its emotive thunderous climax, before calmly ending on romantic 'Ode to Gog'.

Wakefield fanzine Rhubarb Bomb has been both a reliable and passionate commentator and contributor to the city's close knit music scene. And they've revealed plans for a great little Pledge campaign to mark their 5th birthday with the release of a book and accompanying compilation, “charting our own history and that of the bands we've supported and championed”. Entitled The City Consumes Us, the album will feature exclusive tracks from local bands old and new including The Cribs, The Research, Mi Mye, The Spills, Middleman, Piskie Sits, Runaround Kids, and many more. At the time of writing this, the campaign has already hit 25% after only two days, so there might not be anything left by the time you read this, but you should still take a look as there are some great souvenirs and opportunities available: Pledge Page

I've previously mentioned Headingley-based Leeds Music Hub before in my column, but after a few delays its doors are now wide open. Developed by a collective of local musicians and funded by UnLtd, Leeds City Council and Leeds University. Open five days a week, it offers workshops and tuition, a meeting place, an event space, exhibition space, a cafe and plenty more. I'd strongly suggest seeking further info here: Website

To finish up, here's a few more gigs that make take your fancy. All coming up soon at a variety of venues: