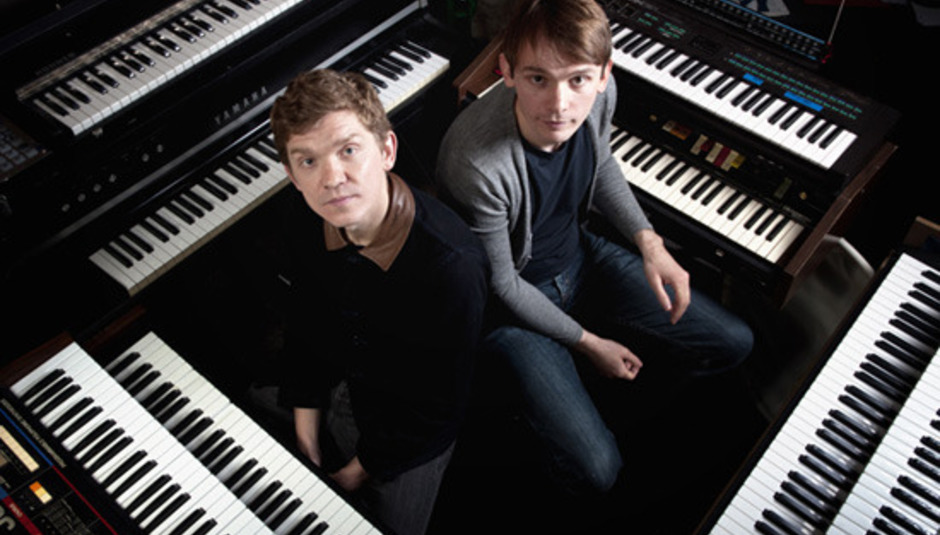 It seems to me that late February is when singles start to get really interesting. And all those smart (or fortunate) enough to have avoided the inanity of new year tip lists pop up their heads, sleepy eyes washed of their clag. Hooray for nearly-Spring, if it results in a week as choice as this one.

After you have been writing about music for a while, you chinny reckon you know a few things. You may even teach those things to younglings and find yourself telling anecdotes at horrific industry events where you are only ever a hair's breadth away from receiving a business card from someone whose job title you don't understand. You should probably have learned the difference between 'subjective' and 'objective'. And that you’re not allowed to say things are empirically better, especially in a job that requires you to compare apples with oranges and then choose only one fruit for the top of the page. But then, you should have also learned that there are always exceptions - which is why I am here to say 'A New Town' is officially miles better than anything else this week, no returns, I.D.S.T. Any band who make music this richly textured and deft; and who make so little money doing so (but remain free), should gain your admiration, whether you agree with me or not.

New Look have listened to the right number of Prince records and just enough 80s R’nB to know how important it is to have coolly casual and well sexy talky bits peppered throughout your single. The whole thing is quite absurdly judicious; just tinny enough.

It’s always the way. You go on the internet in good faith - ears open, faithful and honest - but some sweet fuckery gets in the way. So it is with the very amiable Gemma Ray, about whom Mojo deigned to say ‘A true alternative to the wan psychadelic folk of today’s lady-pop troupe’. What does this mean, exactly? Does this mean 'Gemma Ray is good compared to all other women in pop' (admittedly not a massive pool, if Mojo coverage is anything to go by)? Or does it in fact mean; 'Gemma Ray is good compared to all other women in pop, (all of whom play psychadelic [sic] folk'? Either way, I don't want to be thinking about such rankles when I am trying to concentrate on Ray's cover of ‘How Do I Get To Carnegie Hall’ (original here). So, avoiding 'the internet' with a determination to rival a pageant mom, I concentrated on it quite hard, and found it entirely delightful. Mainly because both songs here understand that pop's current fad for the screaming ab dabs works best when it is balanced by something starchy and rigid. And who does starchy pop music better than anyone? Sparks!

[An aside: this month's Q magazine has Florence Welch topped with the coverline "I'VE NEVER FELT SO ALONE" - a sorry string of words which, CHRIST ON AN A-FRAME, you would normally expect to see atop a feature regarding Jennifer Aniston's BABY WOE. Oh modern times, why are you so unmodern?]

What a terrible video, when this song - with all its game, eager, girlgroup stylings and fidgety, off-kilter jangle - is so very, very good. I'd call them a female Deerhunter if that did not make me sound like someone who sidled up to Those Darlins in a bar, promising to make them a video which would help them hit the big time. Also, These Darlins are more road-trippy and wooze-rawk than a comparison with Deerhunter makes them sound. But they do sound a bit like them. Anyway. Shut your eyes, it's really good.

When King Charles sings ‘I give you my flesh and all its ambition,’ I don’t believe him. I don’t think he would give up one iota of his craven desire for fame for anyone - no woman, dog or child has quite the allure of the lens. Such is my distaste for the whole enterprise, and its whiff of record company edict ('Can we have one that sounds a bit Graceland, but pubbier, so the chavs can sing along?'), I am eventually put in mind of when I used to work in telly. And when, sometimes, in pre-pre-pre-production, auditions for big budget drama had to be held in the office. What a strange precipice - where wanting, and the suspicion of anyone else who wants the same thing, stunk up the whole building. Vile.

If Gauntlet Hair have laurels, they don’t appear to be sat on them, idly fiddling with ingrown thigh hairs. And I suppose you could write this off as yet more wiffle waffle; more endlessly reverbed jangle. Or, you could just flipping well listen to 'My Christ' properly, which is when you begin to delight in all the unnecessary fripperies of its architecture - all those pretty bits of noise-filigree when plain plasterwork would have sufficed. It's got hidden bits that put me in mind of rich duffers on The Antiques Roadshow, and lovely armoires with secret compartments.

‘Life is cheap but chicken is cheaper’ sing Termites, on their extraordinarily accomplished pop song which isn't perfect for a few reasons - the main one being that I can't stand posturing sing-talking, I think it is one of those things that almost no one in music can pull off (excellent exceptions: Nic Offer, Him out of Television) but loads and loads of young bands try. But I still got quite excited, because Termites know about completeness - how one melody is all very well but twelve, handled right, can keep your attention like a sweet swung on a stick. 'Clockwork Meat' also has some very good lyrics. Although if it turns out to be about bloody vegetarianism I don’t want to know; all I crave, after a week on grey broth, is a huge slab of barely-dead venison.

You can’t argue with a label who say their M.O. is to make music as ‘tough as nails and sweet as honey’ so I won’t try. I also wouldn’t get into a pointless internet argument with Mr. Lee Fields, what with him being one of the stateliest of funk's elder statesmen. 'You're The Kind Of Girl' is heaven but it's not as heaven or as too-perfect-by-half as the unbearable, delicate funk of ‘My World’. Which you can hear here.

‘I think you have the soul of a new born,’ sing This Many Boyfriends, who I cannot think about without grinning slyly and making an extravagant, arms-wide gesture. But you don't want to know that. You want to know that it's Jonathan Richman, bop-rock of the sort that should accompany a montage in which a boy wins you a toy from a seaside arcade. Which is to say, 'Starling' sounds like it will fall apart at the seams, five minutes after you get it home. But you keep it, because its throwaway wrongness is at the very heart of how right it is.


Wendy is on the internet, here. It would not pass muster in a peer reviewed study, but this morning she put the word 'town' in her iTunes search box and proved scientifically that 82% of songs with the word 'town' in the title are really quite good.