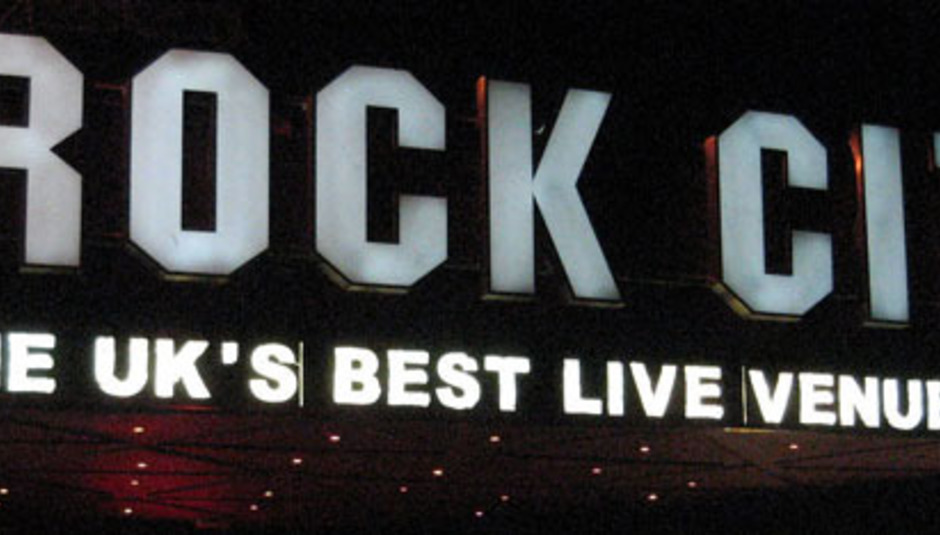 A new year, and with it, a little later than planned, comes the first local scene report and gig guide for Nottingham and the East Midlands from DiS' man in the city for 2012...

Let me just start by wishing you all a Happy New Year. And what an introduction we have in store for 2012 already. It may only be February but already there's a plethora of new releases to tell you about. If 2011 was the year where the rest of the UK finally started to believe Nottingham had more to offer than Robin Hood and two ailing football teams, the first few months of 2012 are where many of those prospects reach fruition, more of which later.

On top of that, we're also pleased to bring you the first few festival announcements for next summer starting with Splendour. The one-day event held in the city's Woollaton Park is scheduled to return on Saturday 21st July. After last year's sold out event featuring the likes of Blondie, Feeder and The Scissor Sisters, organisers DHP have confirmed Dizzee Rascal will headline 2012's main stage. Also definitely on the bill are Razorlight, Katy B and The Levellers with many more acts to be added in the coming weeks.

Perhaps more "DiS-friendly" is the newly launched No Direction Home Festival. Brought to you by the same people behind End Of The Road, it's set to take place in the grounds of Welbeck Abbey, Sherwood Forest between 8th and 10th June. Confirmations so far include Gruff Rhys, Slow Club, Spectrals, Richard Hawley and The Low Anthem, while weekend tickets for the event priced £105 for adults including camping can be purchased here.

Crossing the border into Derbyshire last week also saw the first announcements for Indietracks. The outdoor stage is to be curated by Slumberland Records, the New York label of former Black Tambourine man Mike Schulman. Also on the bill are Bart Cummings who feature fellow ex-Black Tambouriner Pam Berry among their numbers. Bearing in mind the aforementioned have just reformed and are set to play their first shows in twenty years this April, the rumour mill will be in overdrive between now and 6th July when Indietracks opens its doors. Other confirmations include DiS faves Veronica Falls, Allo Darlin', The June Brides and Tender Trap, tickets available here.

First up this month is 'Two Devils', the new single from hotly-tipped five-piece Dog Is Dead. Again produced by David Kosten and featuring a remix of the title track by former tour buddies Bombay Bicycle Club, 'Two Devils' is released on Monday 5th March through Atlantic Records. It also coincides with their biggest headline tour to date, taking in a whopping 26 shows from now until the middle of next month.

Teenage sensation Jake Bugg has been making a name for himself in recent months. Having signed to Mercury Records last year, his captivating live performances while holding a residency at the city's Glee Club venue and recent television debut on BBC2's 'The Culture Show' have only served to highlight what a precocious young talent he is. Here's a video he made at the end of 2011 for 'Trouble Town', which is available as a free download from his Facebook page.

Long time favourites of Drowned In Nottingham and creators of one of 2011's most understated records In The Depths Hhymn return next month with a new double A-side single. 'Not Before I Go' & 'Land Of Souls' are both taken from said album, and coincide with a short tour the band currently find themselves in the middle of finishing at Nottingham's legendary Boat Club on 2nd March alongside Cold Pumas and Hookworms. Watch the video to 'Not Before I Go' below:-

Another notable release this month would be 'Film Noir Scandal' from dramatic punk pop trio In Isolation. Released on Saturday 25th February, the single is available here, and in our humble opinion is well worth the measly £3.50 asking price.

Quirky electro poppers Yunioshi release their new EP this week (Monday 20th February). Reykjavik features five songs in total and costs just £4 direct from the band. Of course those already aware of the trio's eccentric charm will have been at their launch party on Saturday night. For those that missed it, here's the excellent 'Worms' from the EP.

From the same management stable as Yunioshi come The Barnum Meserve, a Nottingham-based three-piece who specialise in "Dark and theatrical piano ballads with screaming powerful vocals." For further proof, check out the title track from their Broken Window EP which also hits the shops on Monday.

Wistful indie poppers Red Shoe Diaries release their latest EP the following week (Monday 27th). 'Ice And Snow' features three songs in total and was recorded with the genius that is Andy Wright of Swimming and We Show Up On Radar fame no less.

Initially released amidst the Christmas rush of 2011, we must mention the third EP from psychedelic noise lords The Cult Of Dom Keller. Simply entitled EP3, it's an astounding sonic assault that wouldn't sound out of place in Pete Kember or Jason Pierce's collective back catalogues, whilst doffing its cap to Dave Brock and the assorted members of Hawkwind in the process.

TCODK guitarist Ryan Delgaudio has also been busy with his solo project Cathode Ray Eyes. Mini-album There Are Sounds In Your Head That Need To Get Out came out last month and for just four pounds its six slices of lo-fi, countrified garage blues can be all yours.

Prolific one-man satirist Sleaford Mods brings out his latest collection of observational world weary ditties on 1st March. Entitled Wank (we kid you not), it's available from his Bandcamp page and is definitely worth a listen or two.

Crossing the A52's great divide into Derby, Rugosa Nevada release their new single 'Verona' on Monday 17th March. You can download the song for free from the band's Facebook page, and listen to it below if you so wish.

Finally it seems appropriate to mention two of the city's elder statesmen, new wave garage punks The X-Rays and experimental art rockers Escapologists. The original line-up of the former are back together for the first time in several years, and have been busy recording new material with local producer Mark Spivey and Spiritualized guitarist Tony "Doggen" Foster, the intention being to release a couple of seven-inch singles later in the year. While Escapologists never officially split up, they haven't recorded together for some time either but have an album ready to go in the none too distant future. Here's 'Conscience Or Regret' from the record, which I'm sure you'll agree, serves as a mouthwatering introduction for the long player itself.

Four more to watch out for...

Regular readers of this column and DiS in general will know how much we love Spotlight Kid. This week sees them head out on their first UK tour of 2012, and they've recorded a cover of Simple Minds classic single from 1985 '(Don't You) Forget About Me' to coincide. Here are those tour dates in full followed by their awesome new video.

Also creating quite a stir at the minute are Nottingham based four-piece Childhood, a band who kind of remind us why we fell in love with music in the first place. Mixing the deft songwriting of early Creation artists like Pete Astor and Gregory Webster with mid-period Sarah bands like The Orchids or Brighter, expect the queue of A&R men to have quadrupled at their shows by the time you read this.

Last but not least, before we bid you farewell for this installment, here's a video from the recent collaboration between hotly-tipped singer/songwriters Nina Smith and Rob Green. Entitled 'Bad News' and recorded earlier this year, it quite evidently showcases two exceptional talents we'd expect you to be hearing much more about as 2012 gathers pace.

22nd March - The Amber Herd + Strings Of Seville - The Maze