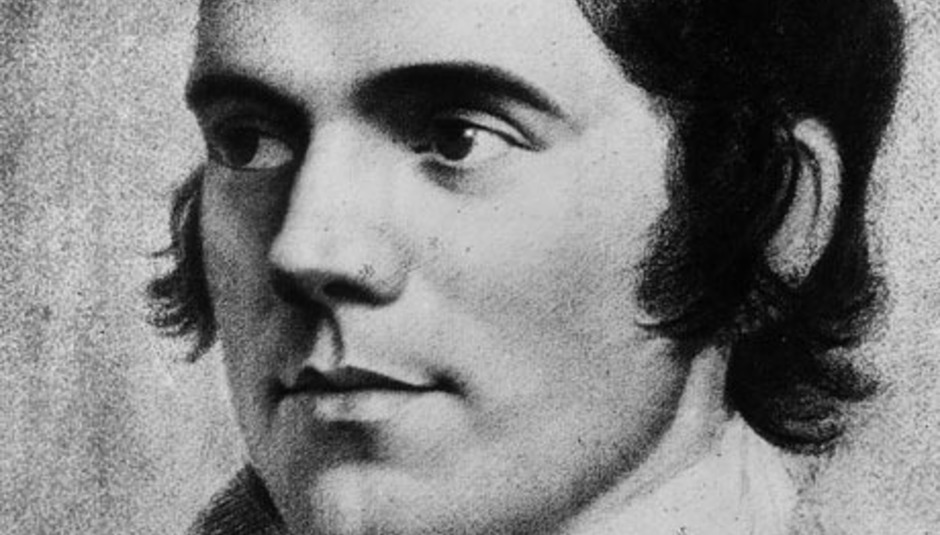 Good day to you. Last time I wrote here it was St Andrew's Day, and this week, it's Burns' Night, in the midst of independence debates. It all feels almost overwhelmingly patriotic. Let's not focus on that, though, as there's much to discuss.

If I had some sort of clue about football, I'd build a clever metaphor here about transfer windows. That was the plan anyway. Why? What on earth am I talking about? Well, it just seems there's been an awful lot of movement of late in terms of signing bands up.

Chemikal Underground snapped up Miaoux Miaoux and Holy Mountain; Admiral Fallow put pen to paper with Nettwerkz (and also released a free download this week); Black International made a deal with Oakland/Berlin-based Spiralchord Records; and Overlook records signed So Many Animal Calls and Bellow Below in a matter of weeks, celebrating with a host of free downloads.

So in light of all this, I had a little chat with Ross Coll, bassist of So Many Animal Calls, about their signing and future plans.

"We were extremely excited when the guys at Overlook approached us about working together," he said. "They've put out releases from some of our favourite local bands recently. We felt very privileged that they wanted to release our material.

"You can tell that Overlook is the type of label that work really hard for their bands, we got that impression immediately and we're delighted to be part of the family."

SMAC (as they are not known, but will be for the sake of brevity, which this bracket is not) had met Trapped in Kansas, who run the label, through various shows, before meeting to discuss the possibility of working together.

The band is now preparing to release new single, 'Traps' on February 13, with a show in Paisley on February 9 (with Discopolis and Bwani Junction) and an official launch at MILK Glasgow's anti-Valentines show (with Carnivores) on February 15 to mark the occasion.

"Bruce as a producer is clinical and knows how a track should sound. We all had ideas in our head which we told him and when he came back to us with the final mix, the song sounded even better than we could imagine.

"[Traps] encapsulates everything we're about as a band: wee twiddly guitar parts, big loud choruses, some heavy guitar parts and loud/quiet dynamics with a bit of reverb thrown in for good measure."

While you'll have to wait a touch longer for that, here's an idea of how their last EP sounded:

So Many Animal Calls - Broken Antlers by overlookrecords

Meanwhile, another Scottish label, Saraseto, is gearing up for its second year on the job. This time last year, they released compilation album 'Everywhere You Are'; something of a statement of intent. Now, it's time for volume 2.

"2012 is going to be quite a busy year for the label, so starting with Volume 2 just felt quite a natural release for us.

"The compilations are put together with a strong collaborative ethos. Last year we helped booked UK tours for bands in the US and Canada. Vol 2 provides a rare opportunity for our UK and US acts to work together and build contacts that would otherwise not be available to them."

The tracklist (which you can stream in full here) is certainly promising, with We're Only Afraid of NYC, Aerials Up!, Blank Canvas, Honey, Verse Metrics and Fiction Faction (via TeKlo) representing Scotland.

It's officially released on February 1, but Saraseto has much more planned for 2012:

"We expect to have around 4 further releases in 2012, so it will be quite a hectic year. Fiction Faction will have a new single out in March, then we are working on Saraseto's first album release. That is still being finalised though."

One of next month's most exciting releases of course comes in the shape of the new Errors album, which of course you can listen to here and a new one from The Twilight Sad; also on the horizon for the next couple of weeks are:

A new release through Peenko Records; a cassette/download album from Randolph's Leap, 'Randolph's Leap and the Curse of the Haunted Headphones', which promises to "[take] the listener on a journey from the wilds of Nairnshire to the karaoke bars of historic Edinburgh in search of answers." What the questions are, I don't know. But this is nice:

Randolph's Leap - The Nonsense In My Soul by peenko

Out recently (and highly listenable) is the new single from My Tiny Robots, 'Zut Alors!':

Zut Alors by My Tiny Robots

Monday (January 30) sees a new album Thirteen Lost and Found from guitar-plucking wonder, RM Hubbert. This release is special indeed, with guest spots from Alasdair Roberts, Emma Pollok and Aidan Moffat among others - many of whom will be joining him at a launch night in Stereo, Glasgow on January 27. He's also got a launch in London on February 3 and will be supporting Mr Moffat and Bill Wells on tour this March.

Midnight Lion are releasing their new EP, Sleeping in the Woods on February 13, with a launch show at the Arches on February 15. The video is kinda intense, but in a good way.

Die Hard are to release their debut album on February 27, but you can have a listen or pre-order it now through their website.

Meanwhile, despite spring still feeling a long, chilly way off, festival news has started to sprout. The submission window for this year's goNORTH showcase in Inverness (June 6 and 7) opened this week. It's an opportunity for Scottish bands to perform to music industry delegates; a select group will also have the opportunity to take part in the goNORTH festival tour, playing at Belladrum, Wickerman, Summer in the City, B Fest or Loopallu. Meanwhile one will also be chosen to head to European festivals Play (Belgium), Freeze (Netherlands) and SPOT (Denmark). Exciting, no?

This week also saw the beginnings of a lineup for this year's Rock Ness, with Biffy, Deadmaus and Mumford and Sons take top billing. Also up that way however is the promising-sounding Brew at the Bog festival, which already has a heap of exciting acts announced for May 5.

Those interested in an inside view of the festival game should have a peep at Born To Be Wide's next seminar on February 2. The guests include organisers from DF concerts, Insider and goNORTH. Full details are on the website.

Still going strong is the campaign to Save BBC Introducing in Scotland, which was raised in the Scottish Parliament last week by MSP Joan McAlpine, who praised the show for the exposure it gives to musicians in Scotland. Meanwhile the BBC Trust has since published interim findings on its proposals, and stated that they are to carry out "further analysis of the consultation". You can follow the campaign on Facebook.

Brian Reynolds, Music Programme Manager for the Arches, told me a little about this.

"I'm most looking forward to the [60s cult experimentalists] Silver Apples show," he said, "as they pretty much invented electronic music.

Also on the bill are High Places, Umberto, Serafina and Sam Steer, OV, The Wyrding Module, and Psychogeographical Commission.

OV, made up of members of Desalvo, the Unwinding Hours and Sons and Daughters, formed to take part in last year's festival in a show with Goblin. This year, they're back in their own right for an audio-visual display.

"They had been wanting to do something along those lines for a while, and last year's show gave the opportunity I guess. They've played since, and this year will be a brand new show from them which is quite exciting. The response to the festival across the city has actually been so positive."

One intriguing event is a repeat from last year's Wet Sounds - which take place in a Victorian swimming pool.

"It's basically a bunch of Glasgow hipsters in their swimsuits, dooking their heads in the water which is quite fun to watch," Brian explained.

Different soundscapes and music are played above and below water for a very unique experience.

"The great thing about the festival is that it allows us to explore the possibilities a bit further, put on acts which people wouldn't necessarily expect but which are exciting."

Tango in the Attic, February 24, Greenside Hotel, Leslie. The Glenrothes lads are heading back to Fife to play an album showcase gig, ahead of the official release in April.

Having kicked around for a good wee while, this is hardly a new band but certainly one back in my consciousness again after I saw them put on a superb show at MILK the other week, so why not share? Also, they're apparently working on some new bits and pieces so if ever there was a time to start paying attention, it's now.

Plus, they're playing on Friday, January 27 at the third-to-last-ever Pinup Nights in the Flying Duck, Glasgow (with Fiction Faction); and Create Paisley, on February 11. And, they're the only band I can think of who have made an excellent sounding cover of a Tatu song. So, if just-the-right-side-of-the-borderline-funky electronica, big hair, bleeps, and beats are your thing, look no further. Just don't try and keep your feet still.