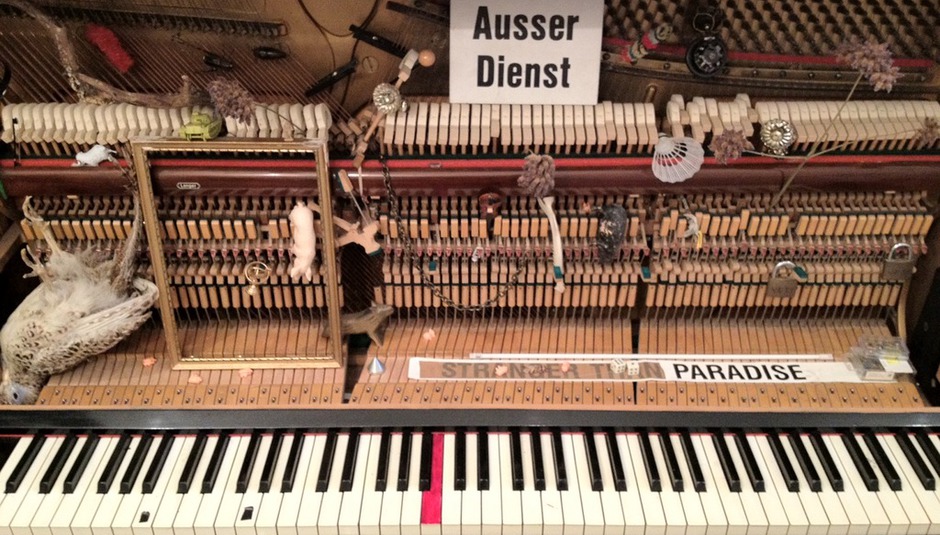 On 19th March 2012 Soap&Skin (aka the intense Austrian 21-year-old Anja Plaschg) will release her new mini-album Narrow via Play It Again Sam. The mini-album is the follow-up to 2009's Lovetune for Vacuum. This new record features a song sung in German dedicated to her father who passed away in 2009 and a cover of 'Voyage Voyage', which was a global Europop smash back in the eighties for the curiously named chanteuse Desireless. DiS recently premiered the track 'Wonder' from the mini-lp which you can listen to via this player:

Here, Anja talks us through some of the instruments she used to record the mini-album...

This is my essential ancient harmonium, made by Carl Dörr in Vienna in the 18th Century. I found it on ebay when I was 17 years old. I asked the antique dealer if I could try it out at his warehouse, although I knew I couldn’t afford the 1k he was charging. After playing it for 30 minutes he said that I could have it for free and that he will personally deliver it to my home. That was a moment which left me in tears. I have to tread it with my feet, and the organic bass is just terrific. You can hear it on my recorded tracks "The Sun" and "Big Hand Nails Down". This is Richard, he is 104 years old and out of service with a desolate untuned condition. He has always been my companion. At times, he unloads with a big bang as he lets a string tear, but it's always moving to know that he's still living although I broke his bones. The red key is my favourite, it gives off a most devastating ‘non-note’ sound. These are my vintage aero-organs or chord organs. They need an electric current to start an inner ventilator to blow out their exigent sound. I used them to record 'Xray Heartland' and 'Cry Wolf'.