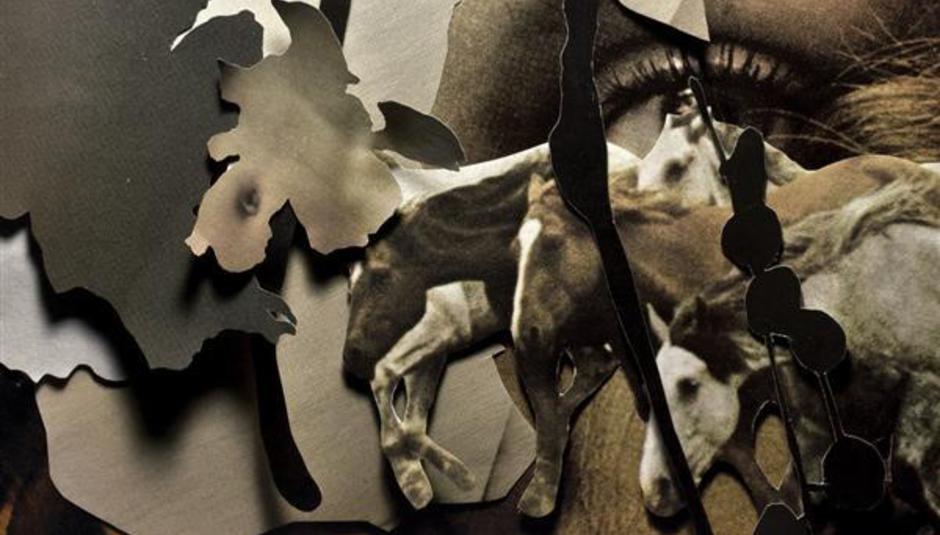 However, each and every year, there are records which slip through the cracks, that individuals who write for the site absolutely adore, yet few others seem to even be aware of. To help highlight a few lost records, a few years ago we invented the Lost List, and ask individuals to write some words explaining why they love the album in question. Next up is Jenny Hval's Viscera, released by Rune Grammofon back in February.

Sometimes an obsession is born out of nothing. The proverb might be that you know not what you have until you lose it but the reverse works as well – a discovery of something can make you realise what was lacking before. So it is with Jenny Hval, through the beguiling Viscera; the Norwegian's first work under her own name, having previously recorded under the pseudonym rockettothesky. None of those releases have been quite like this, though.

Occasionally you listen to an album which is instant in one way or another. Rewarding, though, are the records which unravel over the course of time and indeed within themselves. Here we have a collection that not only warrants revisits but demands them.

Viscera is often profoundly unsettling. It takes 64 seconds of opener 'Engines In The City' before Hval's then-hushed and languorous voice is heard yet the foreboding introduction of distant percussion, chiming, scraping and scratching at the ears is enough to last a lifetime. When the opening words escape they have the potential to take you aback. That phrase – "I arrived in town with an electric toothbrush pressed against my clitoris / after a few weeks it ran out of batteries / humming silently between my lips" – is drawn out over the course of a minute. It does not stand alone in its directness and it also encapsulates perfectly this release's essence – that of the body. Almost every bodily crevice and organ is explored. Though it is not common for music to be classified or linked with much other than the heart, this record's themes are nothing if not corporeal, approached directly and explicitly.

There are numerous faces and facets to Viscera, it's a multi-headed and multi-limbed beast on which thousands of words could be written. Instrumentally, an acoustic guitar is often involved but is rarely the basis. A moving, transient ambience created through percussion, voice and other less obvious means are as large a part as any. The way the peripheral sounds bloom, peter out and persist add to the disquiet. 'This Is A Thirst' is the most strictly minimal composition but the discordant, droning atmosphere surrounding sparse, slowly-delivered sentences creates a denseness vastly different to the kind found in 'Portrait Of The Young Girl As An Artist'. That song is split almost exactly into thirds; a jittery prelude followed by the heaviest passage by far and rounded-off by a breathless static-laden slide downwards.

The way Hval uses her voice is integral and hugely varied, moving from spoken and spikily cold, breathy tones in the middle register to high-pitched wails and many more ways. The timbre, speed of delivery, range, intonation and even accent are all unfixed and adapted, occasionally sitting in unison with the music and other times seemingly in opposition to it. The start of 'Blood Flight' - "I carefully rearranged my senses.../ So they could have a conversation" - is delivered intimidatingly and queues a menacing six minutes. At times the accent is English, other times nondescript. There also appears to be a deliberate way in which these approaches shift. The gaps and breaths which are left show language in a light which portrays not "spoken word" but simply spoken – that is to say with pause for thought gathering and effect.

The movements between moods are drastic in nature yet smooth in transition, melting between a fidgety discomfort and a drawn-out serenity or perhaps something like glee and dread. With seven of the nine tracks six-minutes or above there is plenty of room for shifting. 'Milk Of Marrow' is one such song, beginning and scattered with monologues which play out beneath an accompaniment which slides from being steady, deliberate and tranquil to a background of resonant and dimly-distorted guitars and floating vocal calls. Its relative cheer would be an odd way to finish, so 'Black Morning/Viscera' guides us meanderingly to the conclusion.

It is hard to find fault with a collection of works like this. You can both over think and under think with these nine songs at your side, engaging in the descriptive imagery or simply hearing its sounds and not its words. This may be a choice you take but it may be taken for you. Viscera grabs you, often violently. It pokes and prods throughout, but also gives moments of relief through release, then confusion, conflict and resolution. Jenny Hval has produced an album which is profoundly unsettling but it is one which is, more than anything, simply profound.