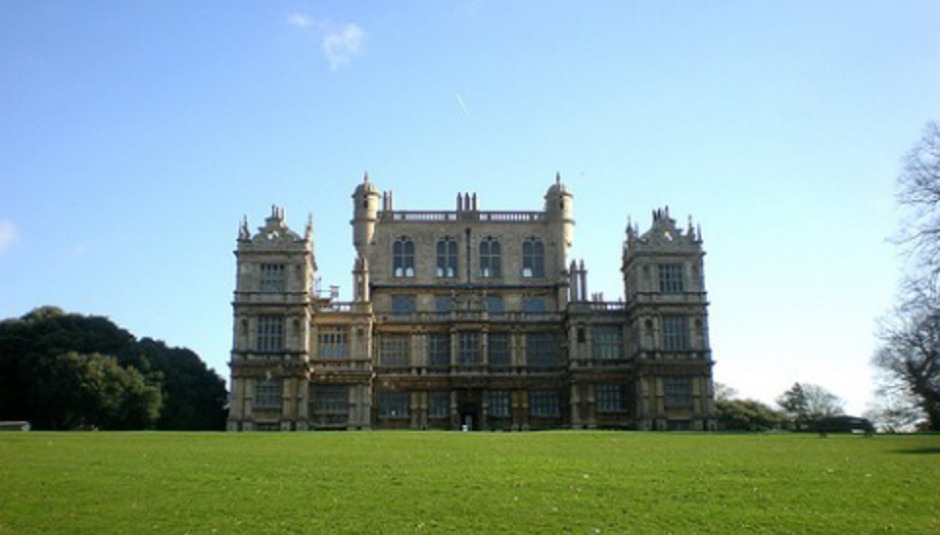 Hot on the back of October's bumper local scene report and gig guide from Nottingham and the East Midlands, comes the seventh and final installment from DiS' man in the city for 2011...

So, when all's said and done it's turned out to be a pretty fantastic year for Nottingham and its music scene. The rise of Dog Is Dead to Radio 1 playlists and major label status via a relentless schedule of live shows tells its own success story. Having established themselves as one of the country's brightest young bands, 2012 looks set to be just as hectic with the band heading out on their biggest headline tour to date throughout February and March, followed by the release of their as-yet untitled debut long player later in the year. This coming weekend sees them headline their biggest ever show to date at Nottingham's Rock City, with support coming from up-and-coming local outfit Kappa Gamma among others. In the meantime, Dog Is Dead have also joined in with the seasonal festivities by recording a version of The Waitresses 'Christmas Wrapping', the video of which is at the bottom of the page.

Elsewhere, both Spotlight Kid and Swimming have put out excellent second albums this year. On top of that, Hhymn's fantastic debut In The Depths coupled with the Origamibiro long player Shakkei has gained local independent Denizen Recordings national recognition, with the promise of more to come next year from the likes of Injured Birds and the aforementioned Kappa Gamma. We're also expecting new material from Fists, We Show Up On Radar and Red Shoe Diaries in the none-too-distant future while motormouth extraordinaire Sleaford Mods has provided a taster for what to expect on his forthcoming album with the intriguingly titled 'Shit Streets Runny'.

On top of that, we're hearing that legendary garage punks The X-Rays have reformed with the promise of live shows next year, while hotly tipped four-piece Frontiers finally look set to release their first record in the coming months. Of course there's also Dot To Dot, Splendour, and Headstocks festivals to look forward to next summer, which can only make 2012 just as exciting a prospect as its predecessor.

Finally, celebrating over thirty years of excellent music from the city and its surrounding towns, here's the Nottingham Spotify playlist to end all playlists. Merry Christmas and a Happy New Year!

As is usually the case at this time of year, there's very little in the way of releases to tell you about, so instead we'd like to introduce you to five local artists expected to make a big impression over the coming months.

One such artist that has caught our attention in recent times is singer/songwriter Owen James Harvey. His fusion of country, folk, Americana and soul makes for a refreshing listen, and earlier this year he flew out to Nashville to record a six-track EP, which was released last week (5th December) and is available to purchase here. Having launched the EP at Camden's Blues Kitchen earlier this month, 2012 looks set to be a promising year indeed.

Remember Wolves (Of Greece)? Or Reynolds? And who could possibly forget Lords? Well meet Grey Hairs, a band featuring players from the aforementioned and more besides. Here's a clip of their brutal post-hardcore assault at its finest.

In the meantime, those excellent purveyors of taste at Gringo Records have put together this excellent 12-track compilation featuring the likes of I'm Being Good, That Fucking Tank, Hookworms and many more besides. Even better, it's free, and can be downloaded via the link below:-

In Isolation call themselves "Noir Wave" having been influenced by the more underground post-punk sounds of the 1980s. Forthcoming single 'Film Noir Scandal' should be out in the early part of 2012 having been produced by Gavin Monaghan whose past credits include Editors among others, while they're also scheduled to appear in feature-length movie 'Zombie Hood' next year as well as contributing several songs to the soundtrack. One of which, 'The Wrong Girl', can be seen and heard below. As well as playing in the band, singer/guitarist Ryan Swift also runs the Dark Edge club night which we wholeheartedly recommend.

As well as playing with the excellent Injured Birds, multi-instrumentalist David Keye is building a reputation as an esteemed composer in his own right, as demonstrated on recent five-track EP 'Grace Of States'. Recorded entirely as solo piano pieces, it's an evocative, captivating collection of songs that once again serves to highlight another blossoming talent from the city.

Finally, 21-year-old Nottingham born singer/songwriter Rob Green is another name to look out for in 2012. Although currently based in Leeds, his recent show at the Bodega attracted a host of plaudits from those in attendance. Also a trained actor, his debut single 'Cardinal' is set for release on 13th January next year, and we're predicting big things.

10th January - Band Of Jackals + Heroes Of Switzerland - The Maze