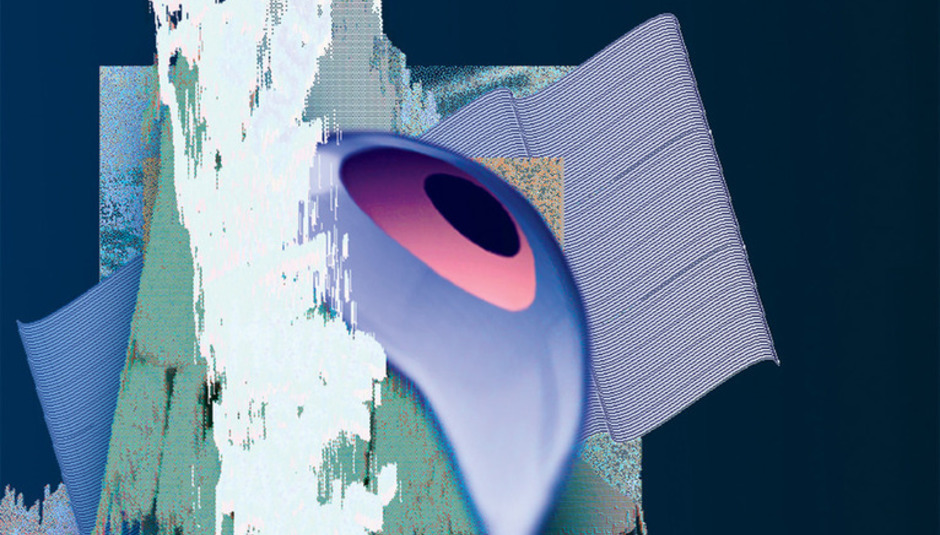 It's been quiet around these parts since the summertime, when I moved to take up a full-time post at the Quietus. So this will be the last edition of armchair dancefloor, sadly, or at the very least the last one helmed by myself. It's been a privilege to look after this column for my rather brief (year long, or thereabouts) tenure. As long as it's helped to introduce people to some of the better electronic, experimental and underground music doing the rounds at the moment then it's succeeded in its aim. I look forward to reading further missives from whoever takes on the mantle next, and great thanks to this column's originator and my predecessor, Chris Power.

It seemed appropriate, then, to use this final transmission from me as an excuse to take a look backward through some of the year's more obscure/less widely distributed album releases in the electronic music spectrum. It's hardly intended to be comprehensive, more a chance to take personal stock of the year gone by and offer some recommendations to people bored with the stagnant homogeneity of most mainstream mags/websites' end of year lists. So here's an armchair dancefloor top 10: ten records that deserve your undivided love and attention, and warrant careful (and very loud) listening. I hope you find something worth loving in here.

2011 was a year when the formless stews of US post-noise pop began to crystallise out into warped proto dance music. Not Not Fun's 100% Silk label put out a series of dancefloor 12"s with mixed results, Olde English Spelling Bee's Stellar OM Source has started making droney acid-flecked house - and Laurel Halo put out Hour Logic, a stunning six tracker that nodded equally towards eighties synth-pop, early Detroit techno and Oneohtrix-styled synthesiser music. But it was anything but retro - in the vocal-driven swoon of 'Constant Index', and the electric blue crackles of the title track, far more modern concerns were expressed: web age connectivity vs. bedroom-locked loneliness, the rapid-fire advance of modern technology, the utopian promises ushered in by the digital age. Impeccably produced, effortlessly and emotionally involving; 2012 should be Halo's for the taking.

Ok, so January's Tryptych was strictly a CD reissue of the previous year's three Demdike Stare LPs, but gathered with extra material in none-darker artwork by Andy Votel, it was quite the piece of work in itself. Here, Sean Canty and Miles Whittaker constructed dizzying meshes of samples from ancient library records, old global musics and arcane ephemera, referencing everything from the pioneering work of the BBC Radiophonic Workshop to Berlin's Basic Channel/Rhythm & Sound/Chain Reaction dub techno axis. But it was all carried off with characteristically British flair and humour - track titles and artwork referencing the occult, interviews where the duo spoke about the landscape surrounding their homes in the North of England, monicker nicked from notorious witch Elizabeth Demdike. Rain-drenched music for moor, dale and barrow, and spooky as fuck to boot.

You could file Bobby Krlic, aka The Haxan Cloak, alongside Demdike Stare in that his music audibly conjures very British imagery - it's again steeped in visions of the occult, calling to mind cloaked figures bent double around a steaming cauldron (or something). But Krlic's music is completely self-generated. Where Demdike used samples, The Haxan Cloak's precociously brilliant debut album found him playing every single instrument himself. Dominated by the shrill squawk of violin and cello's tectonic rumble, it was sparse and bleak, with its low-end rumble and overwhelming physicality as in thrall to metal (a genre Krlic professes a great love for) as to electronic music and the weirdest recesses of modern composition. At its best - the disembodied ghost song that floats through 'The Fall' (actually the voices of a choir Krlic's friend was working with at the time) - it's lonely, unnerving and heart-rending in equal measure.

Despite having been producing techno and running his label Perc Trax for a number of years, it took until 2011 for Ali Wells to really hit his stride. His debut album as Perc, the quite magnificently named Wicker & Steel (was there a more appropriate, evocative album title this year?), was a blistering statement of intent. It started with textures, sound palettes and a brutalist approach more in common with the noisier ends of post-punk and early industrial, stirred in some modern techno and a vatful of battery acid, and waited for the results to bubble out. They ranged from booming, mechanical beatscapes (first single 'My Head Is Slowly Exploding') to vicious, tear-out techno (the aptly named 'London, We Have You Surrounded'), but crucially remained totally of a piece with the entire entity. Wicker & Steel is that rare thing: a techno album that demands you sit down and carefully absorb it from start to finish.

This year the UK bass music axis got rather confused, drowned in a swampy mire of Joy Orbison copyists, half-baked Burial clones and a great volume of thin, overly digital sounding broken house. Nowhere flew the flag for the innovative side of the sound once known as dubstep than Hessle Audio though, over the course of two 12"s and this mighty compilation. Gathering together new material from every Hessle contributor so far plus a couple of new additions, as ever the overall impression was one of a thoughtfully constructed route around the roots of the current UK sound, such as it is: jungle-rooted abstraction from Peverelist, grimey house from Untold, Baltimore/Chicago-leaning house from Pearson Sound, footworkin' pace from Addison Groove. And that's before you even reach the compilation's crowning glory, Elgato's joyously bizarre 'Music (Body Mix)', all sideswapping percussion and pitchbent melodies sticking out at odd angles. It begs the question of whether we'll be hearing any new material from him in 2011. Hessle, meanwhile, march triumphant into 2012.

James 'Leyland' Kirby has had a rapid-fire year, making up for 2010's spell of inactivity following his sprawling 3CD missive Sadly, The Future Is No Longer What It Once Was. As well as a new Leyland Kirby album, he's released three 12"s from the four part Intrigue & Stuff series and a new album under the guise of The Caretaker. I've included a smattering here - these three mark the highpoints of a stunning year's worth of content. The second and third volumes of Intrigue & Stuff moved away from the Blade Runner-inspired new age synth-drawl of the first volume, towards towering, blurred columns of static and memorystuff, voices leering across the void, tremulous melodies buffeted in the gale before vanishing off into the distance. 'Eventually, It Eats Your Ears', the second volume's eleven minute opener, is a perfect example, seeming to form a temporary bridge between one world and the next (or between the past and the present?). His new album as The Caretaker, meanwhile, offered further transmissions from the haunted ballroom of the Overlook Hotel, all lilting wartime dance ditties crumbling away as if eroded by the ravages of time and Alzheimer's. Powerful, unexpectedly moving stuff, and all the more so given its essential simplicity.

Legowelt - The Teac Life [no label]

It seems pretty mad that long-running techno producer Legowelt saw fit to give away his latest album The Teac Life, when it contained some of his best material to date. Perhaps it's an indictment of the state of music distribution in 2011 that it made more sense to give such a great record away through his website. Either way, it's our gain, and has led to a great deal of attention falling onto the album - perhaps more than might have otherwise. A massive, sprawling beast of record, it gathered together the futuristic visions of early Detroit techno with the crumbly splatter of old, slightly battered hardware, for a convincingly bedroom-built feel. I could go on, but it seems a shame to bother when his own description of the record is so deeply satisfying: "Raw as fuck autistic Star Trek 1987- Misty Forests- X-FILES, DETROIT unicorn futurism made on cheap ass digital & analog crap synthesizers recorded in a ragtag bedroom studio on a TEAC VHX cassettedeck in DOLBY C with an unintelligible yet soulfull vivacity". Yep, that sounds about right.

According to his music and press persona, Space Dimension Controller might be setting his course for the heart of a new star system, massive fuck-off synthesiser in tow; IRL, somewhat more prosaically, he's called Jack Hamill and he's from Belfast. Still, he does have the good fortune to share a surname with the guy who played Luke Skywalker in Star Wars and then promptly vanished from the face of the earth. Pathway To Tiraquon 6 is his most impressive and most fully realised statement yet, but he's still reluctant to call it an album, per se - that's coming next year. Instead, this beauty of a collection picks up perfectly where his Temporary Thrillz EP left off last year, plumbing the outer reaches of cosmic funk, galactic house and interstellar techno. A glorious, spacey odyssey of a listen, which bodes very well for next year's full-length. Plus it's perfect for anyone who felt that Gold Panda's rather sexless gap year house didn't take him quite far enough away from his home stomping grounds.

With this joyfully fucked pair of mini-albums Andy Stott melted his previous work in hard, jacking techno down into a hot, bubbling soup of sand, grit and polluted groundwater. 'Knackered house', he joked when I interviewed him about Passed Me By, and the term fits perfectly. Every track on these two records feels like a shell of its former self, muddy remnants of house and techno dragged through a hedge backwards (twice) before being half-interred in thick, sludgy cement. Tiny fragments of energy and beauty keep fighting to escape their sorry fate - flashes of vocal, micro-bursts of disco bliss - lending everything a wonderful tension, and making it all the more tragic when they just can't quite manage to break free. Delightful stuff.

Anyone who's interested in taking on the Armchair Dancefloor column in 2012 or submitting ideas for similar editorial should send a pilot column to sean [at] drownedinsound [dot] com.