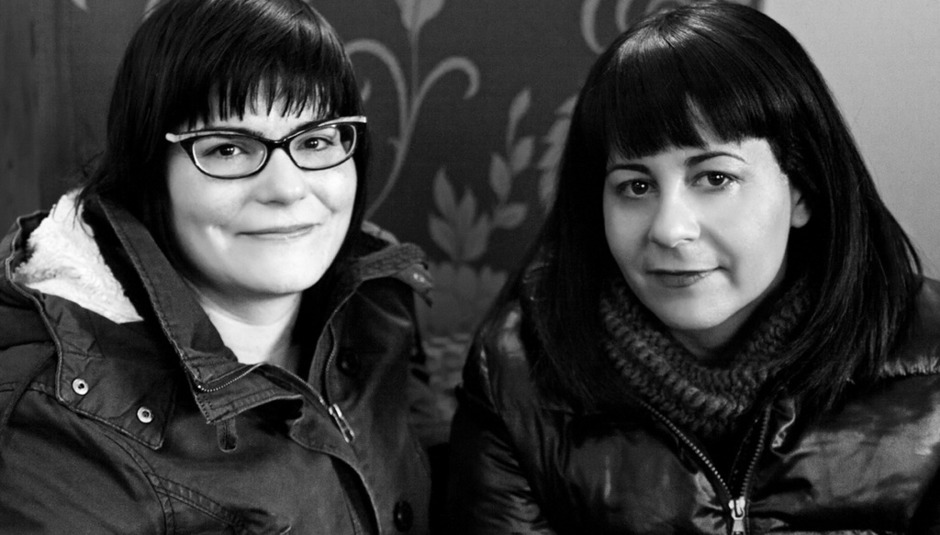 "Welcome to Premier Inn. How are you today?" The man is wearing a waistcoat and a well practiced smile. He is excellent at his job, and in moments we are seated in comfortable chairs in the downstairs bar. This is the sort of bar where nothing really wild could ever go down. The lighting is muted, the dark wood is polished, the fabric on the chairs is well kept and even the plants look healthy. It's warm, welcoming and almost entirely personality free. There is some insidious piped pop muzak going on and before the interview proper starts it forces us to change tables to a quieter area. I'm with Rebecca Cole and Janet Weiss from Wild Flag, and having overheard a little of their previous interview, I'm worried that my questions aren't quite as professional. The "which member of Jem and the Holograms would you be?" poser never leaves the paper. My light hearted opener is dispatched with the brutal efficacy it deserves.

DiS: Is Stephen Malkmus as dashingly handsome in person?

JW: He plays here a lot, you guys have all seen him. Judge for yourself! I do like those kinds of questions though. Those are easy.

DiS: Your band dynamic is different from Sleater-Kinney, because you're sharing the vocals around a little bit more...

JW: It's different from Sleater-Kinney because there's no Corin Tucker, and we've got Rebecca Cole and Mary Timony, so it's quite different in a lot of ways.

DiS: Being compared to Sleater-Kinney a lot, do you find it bothersome, or do you think that it's just natural for people to have a point of reference?

JW: I don't think we do get compared all the time. I think it's a little strange being compared to something over and over to something that was a different time and a different band. Of course there's Carrie and I, the similarity, but this feels new and really different. It's a much different beast with a different personality.

DiS: You can really sense that on the record, there's a fresh energy, and it has a different kind of impact there.

JW: Yeah, I think I'd prefer to talk about it as what it is and not what it isn't in comparison to something else. It just makes more sense to me. It does feel really new. The chemistry and tensions between us as musicians and people is quite potent I think. It's exciting and really what drives the band.

DiS: On the chemistry front, how did you know when it was right? You say it came together gradually, and was more of an 'if' proposition. When did it become solid to you?

RC: Well, solid, like rock solid? I think we started having rock solid shows on our second tour. On our second tour something clicked. We went to Austin towards the end of that tour for SXSW, and we played two shows a day for four days. At the end of those eight shows, at some point in that week, I felt like I could rely on my bandmates at times when I needed to but also still not really know what the heck is going to happen up there every night too. So it was a good mix for me, it had become firmer for me, but has become even more loose because of that strength. That's when I felt it was a pretty solid band.

DiS: You're throwing new songs into your set now. Is the writing process ongoing?

JW: Yeah, definitely. I think writing is crucial to keeping your band vital and not feeling like a dinosaur where you just play the same songs for four years. Writing will be a very important part to our future, you know we have some logistical challenges getting together to practice as Mary lives in a different city. So it's a definite priority.

DiS: Looking over your setlists, I can see the covers in there too. Television, The Ramones... are you still covering 'Beast of Burden' by the Stones?

JW: Mostly on our past tours, the last one we didn't do it so much, but we throw it in every now and then.

DiS: I hear a lot of the Stones in 'Racehorse'. Is there a sense of tribute in it, or is it just me imagining it?

RC: I don't think it was intended as a tribute, but if you're talking about 'Exile on Main Street' era Stones, I'd certainly love to get there even for five minutes on something I'd worked on.

JW: No-one has said that. You're the first person I've heard say that. It definitely has a bravado to it, that's for sure. And it also has that sort of... sometimes Mick Jagger's lyrics, you don't know what he's talking about, but it sounds so great. Things that might not mean much sound so quintessentially rock and roll. I think 'Racehorse' has a touch of that. The imagery is just... you're not sure why, it just seems kinda cool!

DiS: I've been looking at your videos. Who comes up with the ideas for those? Is it the band or the directors?

RC: Well, we look at treatments, the ideas and concepts that come from the directors. We decide on directors from who had the freshest, best concept, that made the most sense for each song. For each of these songs, there's this concept on my computer screen in email, and I see it representing the some somehow. So we have the final say, but creatively when we're shooting the video, we just show up, get into make up and do what we're told!

JW: It's a matter of doing the work ahead of time, picking the right people. I mean, we did not have a lot of good video treatments. There were some terrible, embarassingly awful video treatments for the first video, Romance, then Tom Sharpley's came through and totally stuck out. I didn't even know who he was at the time, didn't know about his radio show or his comedy, but I just read that treatment and thought 'This is the guy!' I read it and just laughed and could just see it. What a great way to introduce ourselves to people, we're not taking ourselves too seriously. At the same time it's a little nerve wracking to be dressing up in these silly outfits and running around town. But right from the start, he pulled me aside and said 'You have to trust me! I've thought about this more than anyone has thought about anything. You have to trust me!'. From that point on I was like, OK, it'll be fine. And it turned out really great.

DiS: ...The baseball game where you've got the opposite team wearing bear heads?

JW: Yeah, that was another treatment that really stuck out. They (Andrew Ellmaker and Lara Gallagher) actually had several that were really, really good. I was just so happy with how that turned out. It's really beautiful. But we're not video makers, we put our trust into the hands of others

DiS: There's something about the first video I especially like, that it makes you seem like a criminal gang. Then when you come together you're not really doing anything very criminal, and it throws the concept.

JW: Yeah, it's funny. There were even scenes that didn't make it... there was a part where we were going to go to a pet shop and let all the animals out

JW: So instead we went to shop at the yard sale!

DiS: So are you heading back home for Christmas after the tour finishes?

JW: Yeah, back to friends and family, loved ones. Home for Christmas. You know the song.

RC: (sings a snippet of 'Home for Christmas' by Bing Crosby)

DiS: Is that Jon Bon Jovi?

DiS: What would you choose as a Christmas number one?

JW: You mean on the radio?

DiS: Yeah. There was this thing last year when there was a campaign to get John Cage's 4.33 of silence to number 1.

JW: You see your radio is not like our radio. Where you hear actual good songs on the radio, our radio is just shit... you don't hear anything good. How about Cee-Lo's 'Fuck You'?

RC: That's a really good song. Let's wish that to Number One.

JW: All those grandmas sitting around singing 'Fuck You'. That'd be so cute.

DiS: You're playing ATP soon. Who are you looking forward to seeing?

RC: Marnie Stern. I'll be there, take some technical notes and go home and try and play something new on guitar.

JW: You'll do a lot of this [imitates the action of a hammer on]. She's the hammer on queen.

RC: Total Control are playing. I saw them last week, but I'd go and see them again. They're fun. They sound very British, but I'm not sure if they are.

DiS: And you've got Veronica Falls supporting you at the Lexington...

RC: That's going to be awesome.

JW: Let's get back to that Steven Malkmus question...

JW: [Laughs] You're not the only one... I was talking to someone else about it today. There are a lot of men out there who have crushes on Stephen Malkmus.

DiS: Had a similar thing for Britt Daniel once.

JW: Well, that's a lateral move. They're definitely cut from the same cloth. You have a type! Let's talk about you!

DiS: Errr. I think we're out of time.