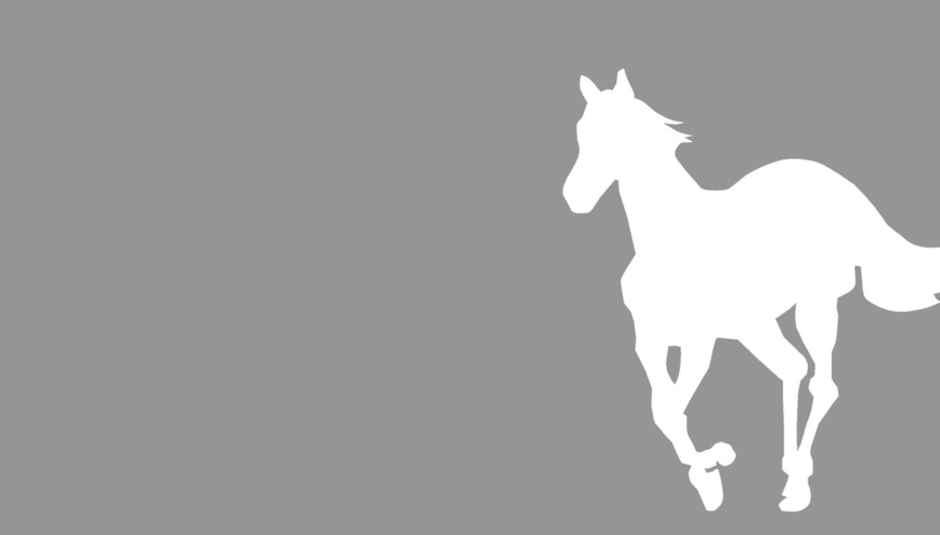 In what may be a foolhardy move, I will open this reappraisal of (arguably) Deftones’ finest by risking all the cool points I have accumulated over my year as a DiS contributor: I hated White Pony upon first listen (and, coincidentally, the same can be said for Radiohead’s Kid A, also out that year). However, I’m rather glad that this was my first response, as it was only through this aversion to the album’s dense, occasionally abrasive textures that I discovered White Pony’s genius. Whatever my opening reaction, there was never any point in my gradual Deftones enlightenment where I stubbornly removed the CD from my Sony boombox and returned the disc to its jewel case, never to prise it again from its central spire; I desperately wanted to understand the music, to dis- and reassemble its many layers and discover just why it evoked such strong emotions in me, soon progressing from disdain to complete and utter immersion.

Taking Deftones at a surface, press-shot level, they hardly seemed different from their - for want of a better word - “contemporaries” at the time of White Pony’s release. There was the angry singer with the occasional penchant for rapping, a detuned, distortion-wielding guitarist and the obligatory DJ completing the line-up, resulting in the band being, rather cruelly, lumped in with the Limp Bizkits, the Linkin Parks and the Papa Roaches of the world; in other words, these guys were irrefutably part of the nu metal scene. Were professional pigeonholers to listen to White Pony, or, for that matter, its precursors (1997’s Around the Fur and 1995’s Adrenaline), they would have soon seen that they were making a mistake of gargantuan proportions. Perhaps it took the band branching out (2006’s Saturday Night Wrist) or matching White Pony (2010’s Diamond Eyes) to happen, but Deftones are finally being positioned exactly where they should be: in a class of their own.

On White Pony, it wasn’t so much what Deftones were doing, it was how they were doing it. The colossal, stonerized riffs, on first listen, belie the sheer complexity and depth of the music on offer. Finally, the band realised the extreme genre fusion they had only touched on with previous releases, as metal, rock, rap, shoegaze, New Wave, electronica, trip-hop, ambient and just about everything else possible were thrown into the melting pot. What emerged was a kind of glittering, jagged-edged gold, the likes of which only the band themselves could equal.

Listening again, it’s hard to believe that 11 years have passed. White Pony still feels far more original and fresh than countless other alt. metal/rock releases over the last decade-and-a-bit. In part, that can be put down to Chino Moreno’s inimitable and unpredictable approach to vocal melodies; what could sound atonal and jarring is masterfully sculpted into an abstract, alternate reality and one where genre classifications, and the real world, become entirely irrelevant. Indeed, it’s very easy to get absorbed in the album’s often frightening sexual imagery, which, in lesser hands, could delve into the realms of pure shock value, but with Moreno it’s always elegant rather than offensive as he ushers us in and, inevitably, we join him in his twisted fantasies, despite our misgivings.

Make no mistake, White Pony is still no easy listen, but that’s part of what makes it so damn enthralling. It’s the intensity of ‘Feiticeira’’s statement of intent, Abe Cunningham’s syncopated beats and Moreno’s wailing chorus in ‘Digital Bath’, Stephen Carpenter’s unconventional use of guitar distortion in ‘Pink Maggit’ and that triumphant feeling that you really were the leader of it all, even if it was only for five minutes in your bedroom. Newly officialised member Frank Delgado’s insistence on adding to the atmosphere and avoiding the then-growing trend of shoehorned-in turntable scratches gives the record all the more longevity and his work on the likes of ‘Teenager’ and album-defining single ‘Change (In the House of Flies)’ still serves to differentiate the band from their competition at the time... although there was never really any contest.

Deftones took the last thirty years of music and made it their own with White Pony. The intelligent heaviness of past material was still very much in evidence (‘Korea’ and the Grammy award-winning ‘Elite’) but this was in equilibrium with a newfound sense of dynamic restraint and release (‘Passenger’), which propelled the band into rock’s big leagues. While a shadow has been cast over their career following bassist Chi Cheng’s collision-induced coma in 2008, the group continue to flourish and it is testament to their dedication to music that they’re still writing and touring in the face of such adversity.

There’s an adjective combo I’ve used before to describe Deftones and it seems appropriate so I’ll use it again here: White Pony is brutally beautiful. It’s an album that will stand the test of time as a reminder that genre boundaries can, and should, be broken and that can sometimes produce the most enduringly brilliant results of all.

"I don't trust anyone": DiS meets Plan B