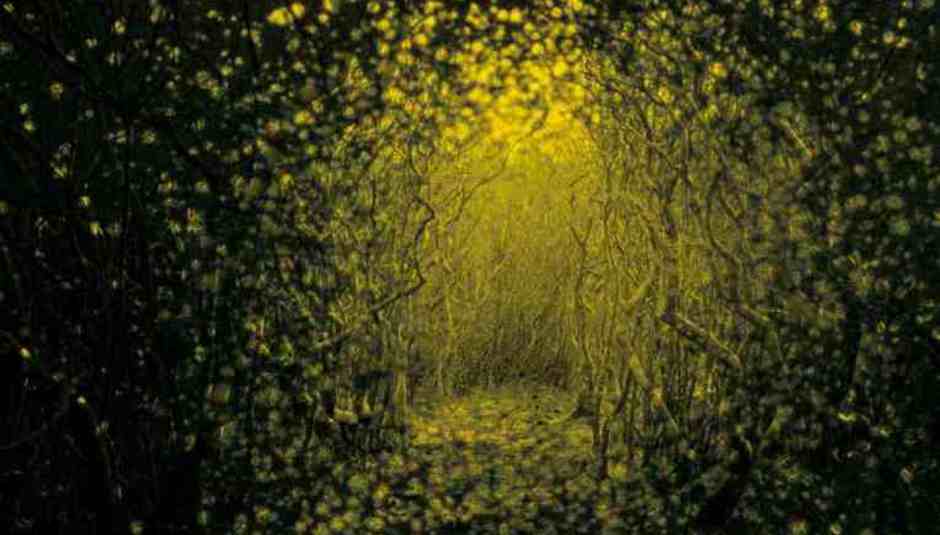 In case you were wondering and even if you were not, music's current most popular tropes are: 'Tom Petty', 'Jonathan Richman', 'Angelo Badalamenti', 'Bristol circa 1993' and 'Sounding As Bored As Possible'.

One of my favourite and best amazing ideas was to open a hotel for the romantically bereaved, where I would treat the broken-hearted to marvellous food, limit their alcohol intake and allow them to flounder according to a specific and well-oiled timetable. There would be cinematherapy in which residents would watch excellent, provoking films; a room, painted black, with velvet curtains one would be encouraged to draw, dramatically, in the daytime; and music, lots and lots of absurd music, to bawl to. All of which would expedite recovery, because the sooner you realise JUST HOW RIDICULOUS heartbreak is, the sooner you get over it (and yourself), thereby living to see another day/re-build Tara/whatever/&c. An important distinction would be made, of course, because in the same way that there are stages in the re-building of a heart, there are also categories of break-up songs; including but not limited to Denial, Rage, Regret, Revenge, and of course, Wallowing.

‘I Don’t Want Love’ should of course be reserved for this last, most ramped-up, and absurd of stages - that sharp tang of pure ruddy drama, in which NOBODY UNDERSTANDS and NO ONE EVER FELT THIS WAY; it being a song blessed with shimmering guitar lines and references to firearms and it being filmed in Panaramico, MagnaScope, VistaVision and Thrillarama. Also, it is the very definition of absolute gnawing agony, beauty and triumph. All at once, and altogether.

‘An Argument With Myself’ is Jens Lekman’s ‘Diamonds On The Soles Of Her Shoes’. Although it is nothing like so serious, because it is a spritely calypso and has a mercifully short reggae breakdown, in which a gaggle of backpackers are equated with a ‘tidal wave of vomit’ (yes, yes, yes, Jens). Naturally it is a song about imaginary rows, a subject with which I am well acquainted, believing as I do that no foe should be allowed to escape the perfect last words and withering put-downs I only ever compose when I am by myself; I don’t know, the ghostly fools I have to put up with. Jens, however, is not arguing with someone who has recently done him wrong but firing at his very own person, saying ‘Fuck you!’/ ‘No, YOU fuck you!’ to himself like a massive Not Right, who finds his own oddness utterly quite endearing. This is a song in which a man complains that his own face scares parakeets, and then hits himself (do not do this). But let’s not forget, he still chose to immortalize said self-harm and torture in a pop song, as if he actually found himself rather charming. You over there will love it; you over there, will want to put its hand in the microwave; I thought it was cute, if a little arch.

Even though we should not gloss over the fact that ‘Bats In The Attic’ is glassily beautiful; and quite apart from the fact that I will use this space to command you all to buy the wondrous Cold Seeds record on which King Creosote appeared last year; let us not ignore just how completely smashing it is to encounter a song about grown-up concerns. Essentially a paean to wasted time and missed opportunity, ‘Bats In The Attic’ could be filed alongside Ghostpoet’s ‘Survive It’ were the box they occupied labeled ‘Non-Dread, WhatHaveYouDoneWithYourLife Songs’. Well observed to pin-point accuracy, it mentions ‘writing a novel’, ‘water in the basement’, ‘silver in my sideburns’ and a slowing pulse in a list of things that come to occupy your life’s stage; all that hope wilting in cardboxes above your head, and only accessible via drop-down ladder. This week I read something about how though it is very common to dream of your adult self in your childhood home, people very rarely dream of their child self in their adult home, and for some reason this struck me as incredibly creepy. But like Mr. Creosote and Mr. Hopkins, I am convinced it is more useful to imagine what your teenaged self would say to you now, rather than automatically assuming you have any wisdom to impart were you to travel back to then. Marvellous.

Though it is mildly disappointing to see any grown-up calling a song ‘Catastrofuk’ - especially if he sings it ‘catastrophic’ - countless Equality & Diversity training sessions in airless rooms have taught me this is wrong; deliberately naïve spellinz are not the preserve of the young and foolishly hip. So why not let John have at it, let him write a barreling, jaunty song he can jerk-sing all over, with sandpaper-scuzzy strums and a neat staccato rhythm; none of which are able to disguise lyrics in which we are encouraged to ‘say hello to the future’ and ‘say goodbye to the past’. I mean, it’s alright. After looking at John’s CV in my partitioned cubbyhole I will work out how old he is from his qualifications. And then I will tell to his face that I am ‘looking for someone with a bit more online experience’.

It being an eternal puzzle that someone who feels things as keenly as M.I.A. would still determine to sing in the flippest, boredest, glibbest way possible, here is ‘C.T.F.O’. Which I did not know was Now for ‘chill the fuck out’, having decided acronyms are a modern pest. I received an email this week where instead of writing ‘what did you think’ someone wrote instead 'WDYT' - as if it were not only my job to navigate emails in which people posit that Carter USM re-releases are ‘long overdue’ (NOOOOOOOOO) but that I must also decifer and unlock sentences before I can respond to them like a particularly limp episode of Spooks. As my life is nothing like a long-running television series (and if it were, Ever Decreasing Circles might be closer to the dull truth), let us take in the tinny air of ‘C.T.F.O’, which manages to be so abrasively ungenial on the ear, acronyms seem positively appropriate; redolent as they are of You Work It Out-style laziness.

The idea of Charlotte Gainsbourg: Pop Star is a lot more captivating than the reality, what with ‘Terrible Angels’ sounding like a poor woman’s Ladytron; all fat-free dreariness, lyrics about (please no) ‘infant sorrows, tired horses’ and some fart-strength emotronics; and all of it played out under a 20 watt bulb; grey, filmy and half-arsed. In the video Charlotte wanders around a city scape looking a bit lost and (I hate to say it) gormless, albeit with a nice leather jacket on, but if you scroll to about one minute in, there is a quite good dance routine in a car park.

Having taken against Rudi Zygadlo after alighting upon his blog, where he has fashioned some artwork that is comprised entirely of [naturally, headless] tits, and under which he has written ‘I like tits’ [well done, Rudi], it is of course mildly irritating to find his music so very appealing and good. ‘The Deaf School’ has warm synths pouring down like sun-beams, the ponderous pace of dubstep (but none of the attendant bleakness), bass that zooms, the word ‘fugue’ in it, vocals that hove in and out of earshot and big pop melodies, and Zygladlo has clearly listened to enough R’n’B pianos to be able to re-appropriate them with style. No one likes being compared to James Blake but Rudi does share his love of diced and filleted vocals, though his general air is nothing like as sad, especially given that one of the lyrics is ‘I think I’m losing my hearing’. Excellent.

‘I’m On Fire’ is a Gothic murder ballad with more than a little of the So Reals about it - which is why it is appropriate that Chris James sounds a little like Jeff, straining on his precipice as Shara Worden summons him down; come on, jump. A stately-paced fairground waltz in which Baby really has done a bad, bad thing; while Worden sings of ‘the secret place where we buried those bones’, James is asking for ‘another bottle of wine’ and they basically deserve each other. ‘I’m On Fire’ has histrionic strings, is steeped in atmosphere and you should basically meet it in a neutral public place you have told your Mum about because it will do a stabbing on you as soon as look at you. Probably using some sort of Victorian switchblade.

Marcus Foster - ‘I Was Broken’ (Communion)

I don’t know if you know but Marcus really means it, which is why her out of Twilight is standing around looking like a steroidy dog ate her boyfriend in the videothing. I’m a bit tired of people who mean it this much, and will admit that music in which emoting becomes a badge of honour often leads me on an YouTube trail where I end up putting this into the search box:

"Ultimately a record label is just a ...