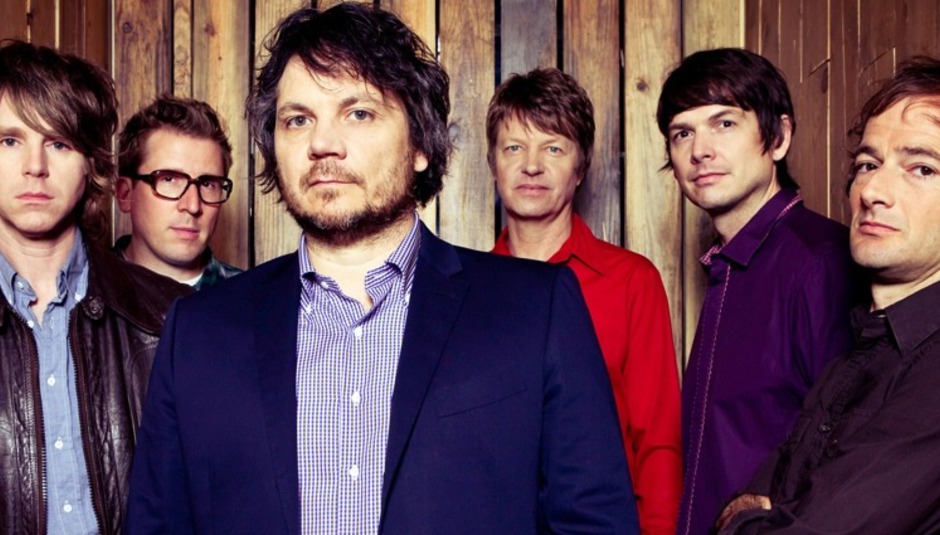 Wilco just set themselves a record. The Whole Love, the group’s eighth studio album, is the third in a row with its current six-man lineup – a feat of consistency that makes its previous decade of member shakeups look like a bad dream. The group’s last effort may have been dubbed Wilco (The Album), but they should’ve saved the title for this one: it’s their most richly personable effort yet.

“This is just probably the best balanced presentation of Wilco,” says Mikael Jorgensen, chatting by phone from the pre-show hours of the band’s gig in Indianapolis, Indiana. “We all… have that sixth sense about what each other is going to do.”

That’s evident as soon as album opener “Art of Almost,” a seven-minute gauntlet throw that builds and shimmers and squeals around a Glenn Kotche drum fill.

“The song started like a Neil Young, Tonight’s the Night kind of vibe, really subdued and slow,” he says. “Somewhere along the line, Glenn did a drum overdub the same time I did a synthesizer overdub. We were like, ‘Oh, let’s put the drum beat -- the signature rhythm of the song – why don’t we put that in the verses and see if the song can withstand this completely new direction? That’s a good example of let’s just see what happens – and then, holy moly, this is a totally different beast then it was minutes ago. And those are the really exciting moments.”

There are many of those moments on The Whole Love, which should win over “Dad-rock!”-decrying doubters of their more, ahem, laid-back recent releases, Sky Blue Sky and Wilco (The Album). After the migraine-clouded guitar wasteland of A Ghost Is Born and art-pop opus Yankee Hotel Foxtrot, there was some disappointment when the band released an album or two of “just” songs was probably to be expected. But Sky Blue Sky in particular wasn’t unambitious, just misunderstood: the influence of new additions Nels Cline (genuine guitar god) and Pat Sansone (bassist John Stirratt’s longtime bandmate in soft-rock side-project the Autumn Defense) merely steered the band toward the simpler pleasures of the analog ‘70s. But there’s nothing basic about the new record, which took advantage of the constraint-free comforts of home at Wilco’s Chicago studio – the Loft – and more modern recording options.

“We made the record all on the computer so we had unlimited track opportunities-slash-curse,” Mikael says. “For me, I placed a limitation on myself – I’m not going to play piano on this record, I really want to try to use my synthesizers and technology and create a different texture or different emotion. Patrick [Sansone], he was an experienced record maker and he brought a lot of his vision to the production side of it… background vocals, further overdubs editing and paring down the stuff, which was a new role for him in the band and I think he did a great job.”

Only frontman/songwriter Jeff Tweedy and Stirratt have remained constant since the band’s 1994 inception, with its sound accordingly mutating from the by-the-numbers alt-country of A.M. to Yankee Hotel Foxtrot’s critically beloved high water-mark and beyond. Yet The Whole Love recalls much of the band’s history: 'Born Alone' follows in the footsteps of Summerteeth’s Beach Boys-influenced rockers; the desolate 'Rising Red Lung' evokes the folk gloom of Being There; 'Capitol City' is closer to the sweeter, sillier moments of Wilco (The Album). That feeling of the familiar may be as far as revisiting musical memories go as Yankee Hotel Foxtrot’s 10-year anniversary looms next spring.

“Wilco isn’t a band to necessarily get too nostalgic,” Mikael mused. “Perhaps there’s going to be a—I don’t really know, to be honest. It would seem like [we’d do] maybe a greatest hits or something, but does that even count, do we have hits? If we had to do the Yankee Hotel Foxtrot-only tour like Sonic Youth has done the Daydream Nation tour, I don’t think that’s going to happen.”

The Whole Love is also Wilco’s first step into its music industry future: it will be released on the band’s own dBpm Records, an independent shift that’s all the more notable for the label flip-flop of Foxtrot sharply chronicled in I Am Trying to Break Your Heart: A Film About Wilco.

“My feeling is once our Nonesuch contract was up, it was like, should we go find another label and see what’s out there, or just try to do this ourselves? We have a studio, we have the ability to make records that we want relatively inexpensively,” Mikael says. “Ultimately a record label is just a weird bank.”

It’s not like the band has a shortage of fans -- The Whole Love was a trending topic in Brazil (!) during its 24-hour streaming debut earlier this month, and the former Americana torch-bearers have become an international enterprise.

“I think perhaps the most recent and most awesome new audience is Spain,” Mikael says. “They’ve really just welcomed us. We did a tour in 2009 where we toured two weeks just in Spain and it’s the greatest, they’re so amped for us. It’s such a great energy to anticipate when you’re playing a show and reciprocate as well.”

So take your dad to the show. Hell, take the whole family. An album ago, Tweedy sung "Wilco will love you" and meant it; its burn-outs behind it at last, the band's not just going to fade away.

“It’s something that we all have to do in order to keep sane,” Mikael says. “It’s our therapy, it’s the thing that balances our psyches.”

The Whole Love is released on 26th September 2011 through their own dBpm Records.

A Guide to Newcastle Upon Tyne by Lan...