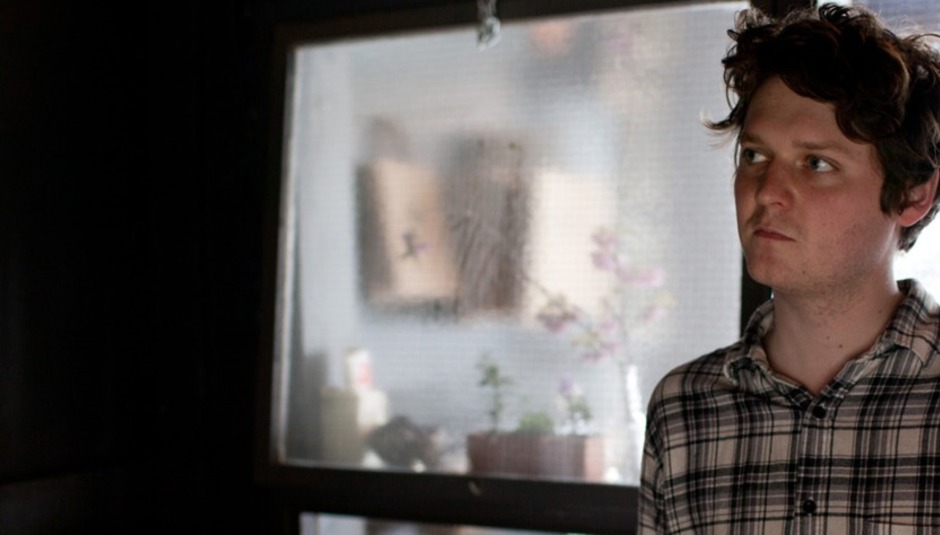 When Beirut released March of The Zapotec/Holland two years ago, a few too many critics and die-hards were left scratching their heads. It wasn't too hard to decipher: one half was an experiment, working with a full-scale brass band, while the other was a collection of reworked electronic music credited to the pre-Beirut project, 'Realpeople'. Still, this didn't halt any feelings of disappointment from everyone that expected a straight-laced follow up to The Flying Club Cup - which was, admittedly, pretty brilliant.

However, now that these wounds have presumably had more than enough time to heal, Zach Condon and co. return with The Rip Tide. While there's no gimmick, theme or concept to this release as such, this isn't just another record either. Bringing the colourful sense of wanderlust slightly closer to home while maintaining a sound that is unspecific to any one region or tiny corner of the world, this may very well be the link in the chain everyone's been questing for, and sit among the projects finest work to date.

While you make your mind up, here's a recent conversation DiS enjoyed with the ever-affable Zach Condon to set you straight.

Ryan Drever, DiS: Your last release March of The Zapotec/Holland, was essentially two EPs, but do you think The Rip Tide will satisfy anyone that was a little bemused and expecting, for lack of a better word, a 'proper' album?

Zach Condon: Yes, definitely. It was funny, even when I was doing those two EPs, I already had in my head that this was what the next project was going to sound like. I also knew it was gonna be a big one and it was gonna take a lot of work. So I actually found the EPs to be very playful I just think the reaction didn't quite pick that up, that it was me just having one little last hurrah before I settled down to some serious work. Also, the synth pop stuff was almost like a gift to fans that who maybe had been digging through YouTube videos to see where I come from, and the other half of it was something that id been jokingly planning on doing for years, which was to put my voice atop a giant, boisterous brass band. But they really were just passing fancies, y’know; it was an experiment I wanted to try. So I do hope this album will clear the air that, y'know, I'm not going insane or something.

I guess when a lot of people are really into what you're doing, you're bound to find some that have their own ideas about it and generally take these things a little too seriously.

Exactly. And I understand the importance of that too, and I don't want to disappoint, the opposite. So, I'll do both. I'll do whatever I want and half the time that seems to be what people want to hear as well!

Do you think it's important to have outlets for these kinds of ideas once in a while, ones that deviate somewhat from what you'd normally do?

Yeah, it's a way of kind of cleansing the palette, and clearing the table. And it's fun

Can you tell me a bit about the writing process behind this new album as it doesn't sound like it's cut from quite the same cloth as your previous records?

There's so many different sounds and other things needed in the process of creating those sounds, and I think that with this album I was trying to crystalise that and also make a decent pop record at the same time. In a weird way it was almost like going back to my roots, just with my new instruments and a new sense of arrangement; back in the day when I started writing songs, I would basically be writing little synth pop ditties. So I think [this record] is an amalgamation of all those things.

The band set-up has expanded somewhat over the past few years - do you think that these extra hands have had a profound effect on the sound of this record?

Yeah, definitely. We've been playing for five years now so there's a very intimate understanding of the sound and what it is that I'm going for. And for this album, the approach was very different. I used to do things completely alone and try to record every single instrument myself. This is the first time I went in knowing, before I'd even started, that even though I might write the songs alone I wasn't going to perform them alone for the record. So once the first stage of writing was done we all went into the studio, locked ourselves in for three weeks and performed it. Actually quite a bit of it was done live, with say, the bass player, the drums and the accordion all playing together in the same room until we settled on the arrangement.

That's quite interesting because since you started this, it's nearly always been portrayed as a 'solo' thing, to the point where people frequently refer to you as 'Beirut', but would you say it is definitely a 'band' now?

You were saying that on this record it was almost like going back to your roots, is that why you decided to include ‘East Harlem’, which is a fairly old song from the Beirut vaults?

I wrote it when I was 17 when I first got to New York. The first lyrics I had were 'another rose wilts in East Harlem' to begin with, just to get me started. It was a band member, the accordion player that had all demos and had been listening to them for a while, looking for gems here and there, who was the one that actually said 'I really think there's something here, I think you need to revisit this'. That was about a year ago, so we've been working on live mutations of it over and over again, never recording it, and this was the final push, this was when it felt right.

Has it changed much since the original incarnation?

The original incarnation of the song was recorded in almost ludicrously lo-fi settings. All I had was a very old Fostex four-track, a guitar with two strings and for a microphone I was actually using a Dr. Sample, have you heard of those?

Basically, I was singing through this sampling machine instead of a microphone. I had just moved and I had nothing with me and I was just really eager to write something. I don't normally play guitar, so the original version was just this grainy thing, with me strumming these two strings. It's a very simple chord progression, obviously, because I don't know guitar that well so I didn't have much to work with. So I just stacked up a couple layers of that and sang that original melody over the lyrics and it just repeats twice, then stops.

Is this something you do fairly often, take inspiration from old ideas?

Yeah, I have many times actually, on all the albums too, not just this one. In fact, the first melody in ‘Payne's Bay’ was from a song I had written on a guitar. Actually, this is kinda funny, but it was the night before I was going to have surgery on my arm and I remember the doctor telling me 'you might have trouble playing after this'. I mean, I wasn't really a guitar player at the time so I wasn't too upset but I thought fuck it, maybe I'll write one last tune on the guitar just in case. And I used that for the beginning of ‘Payne's Bay’.

I think you can always tell at its core what's going on melodically in something and if it catches you or not. It's funny, I've been a little more liberal about giving out my old stuff, as in, when people asked for it I used to be quite secretive about it out but now I'm just like like yeah, fuck it, go ahead! People keep popping up with favourite songs of old stuff and I'll be like, oh yeah, that one! It's been an experience.

The Rip Tide is out on your own label, Pompeii records - how important important do you think it is, as a musician, to be in control of everything and basically be independent these days?

For me it's very personal, so I can only speak for myself but I actually really love [previous label] 4AD and we were talking about making a more serious commitment. But we were getting cold feet, and I realised that I was always stressing out because I was trying to please everyone there, but you can't. You gotta say no to them all the time, so you feel like you're betraying some sort of a friendship that you've created with these people, and they're getting pressure from elsewhere too, so there's all this strain on these kinds of relationships in the industry, I've found. So instead of just becoming less friendly I decided why not just do it myself so that if there is any pressure, it's only from me? So, that's why I did it, but without the help of the label I couldn’t have established such a name. Really going it alone is a daring thing... but it's worth it so I can sleep a little easier.

Do you find it easy enough to maintain a balance between being productive and being laid back/stress free?

Yeah. The system's set up so that when I need out or I'm busy being a musician and can't be up on the business side of things, I can put it in the hands of people I trust. It's a good system, I like the way it works because the people that work with me, really want to involved, y'know and that's a good thing.

Finally, can you tell me a bit about how you managed to end up on the new Blondie album, Panic of Girls - a bizarrely brilliant collaboration which even saw them record one of your songs?

Oh, Blondie? (chuckles) It was about two or three years ago that Chris Stein put up on his blog that he was listening to Beirut. It wasn't long after he got in contact with me via email. We talked back and forth for a while, like a year, and then eventually we started meeting up. He and Debbie came to our show in Philadelphia. It's kind of a weird thing to walk back stage and see Debbie Harry sitting there. But, yeah, it wasn't until a few years after that, that we started talking. I told him I was upstate recording this new album and mentioned that they were going to cover ‘A Sunday Smile’! (laughs, as if it's still sinking in). So since I wasn’t very far away, he asked if I wanted to play some brass on it so I drove over there and played trumpet and hung out.

The Rip Tide is out now. If you missed it, we recently had a special Beirut takeover day, with contributions from Zach and the band, which you can find here.