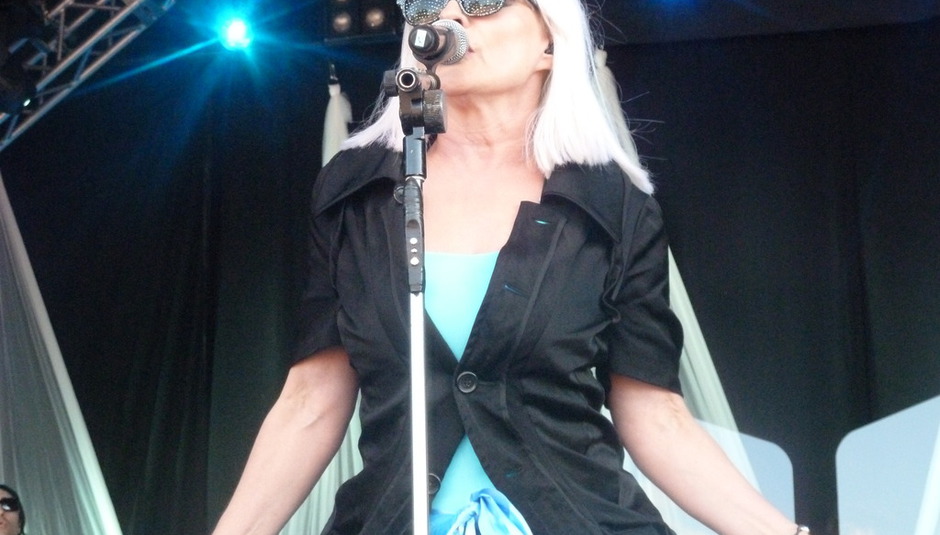 Despite reports of numerous big-name festivals struggling to shift tickets this summer, there have also been a few to reverse the trend - no mean feat in the current economic climate. One of those is Nottingham's Splendour, where all 20,000 tickets for the one-day event sold out in advance.

Although in its fourth year, Splendour has constantly found itself living in the shadows of the city's other main music event Dot To Dot. While the latter can boast an almost guaranteed sell out thanks to a line-up of current and ascendant artists, Splendour has often been seen as something of a poor relation, mainly focusing on acts well past their sell-by dates, hence the slow ticket sales of yore.

While this year's bill also contains its fair share - Cast being one example that immediately spring to mind - there's also a lucid mix of genuine legends (Blondie), bands with a devoted hardcore following (Feeder), cult headliners (Scissor Sisters) and a sparkling array of homegrown talent (Dog Is Dead, Swimming and Gallery 47 to name but three) that's undoubtedly helped Nottingham's music scene regain a degree of self-esteem over the past few months.

Indeed, there's a vibrancy around the picturesque confines of Wollaton Park and its surrounding landscape which suggests the city may be on the verge of joining the likes of Sheffield, Leeds and Manchester as a serious hotbed of musical creativity.

With beaming down eminently DiS states its intentions by arriving onsite at the unfathomably early hour of 1pm (this is Sunday after all). Unfortunately, the heavy queues mean we're stranded outside the main entrance during local singer/songwriter Jake Bugg's opening set on the Courtyard Stage, which we're later informed was "sensational". Drat. By the time we do get in, Sam Duckworth (aka Get Cape. Wear Cape. Fly.) is reminding us why he was so highly regarded not so long back before rapidly falling off the radar in recent years.

It's left to the elegantly poised dramatics of Swimming to kickstart what was becoming a lazy afternoon in the sun into something altogether more frenetic. While not exactly "prog" in the strictest sense of the term - we don't spot any beards on any of the five members for starters - their musical palette falls somewhere between the dynamic crescendos of Oceansize circa Effloresce and the more radiant, colourful end of the shoegaze spectrum. Now signed to New York's EVR label, the follow-up to 2009's debut long player The Fireflow Trade imminent, they've gradually become a captivating live experience over the past eighteen months. Plus their drummer Pete Sampson is an amazing human beatbox. Across the way, Gallery 47 - essentially the vehicle for one-man band Jack Peachey - has attracted a sizeable audience in the Courtyard, and rightly so. Mixing elements of Jeff Buckley-esque vibrato with sheer youthful exuberance, the three songs we catch couldn't be more appropriate soundtracks for a hot summer's day if they tried, which can be summed up in one perfunctory word - lovely.

As former Del Amitri singer Justin Currie moans about his stage time being cut and Cast remind us why Britpop won the award for being the genre with the least longevity many moons ago, it's left to London's Romance to carry the torch for good old rock and roll. Boasting a singer with the chiselled looks of a sculpted model combined with the voice of a young Billy Idol plus the coolest bass player to follow the four-stringed path this side of Kim Deal in Kristen Stewart lookalike Samantha Valentine, their glam-fixated schlock rock may sound like something that's escaped from the Marquee in 1979 via Novikov's theory of time travel but to say they're a vast improvement on either of the aforementioned would be something of an understatement. Perhaps the biggest success story to emerge from Nottingham in recent times are Dog Is Dead, and fresh from having owned the Sunrise Arena a week earlier at Latitude, their buoyant leftfield pop is a revelation in the teatime humidity. While fortunate to be he only band on the bill whose stage time clashes with virtual silence on the other three stages, their auspicious elevation to potentially the biggest band this city has seen in well over a decade is highlighted by the screaming hordes that stretch back several rows bellowing out every word of every song. It's a proud sight indeed and one that should reap its rewards when their as-yet untitled debut long player drops early next year.

Despite being surprisingly lower down the bill than their legacy would have expected, it's probably fair to say that a vast majority of today's crowd are here to see Blondie. When Debbie Harry and co. emerge a good fifteen minutes ahead of schedule to the unmistakeable tones of 'Union City Blue', the scramble for the Main Stage resembles a scene from Ben Hur, pushchairs and prams becoming offensive weapons. Resplendent in full Lady GaGa attire of wig, sparkly sunglasses and tight-fitting cocktail dress, Ms Harry looks an exquisite picture of charm and elegance far belying her sixty-six years. Her band - basically Harry, guitarist Chris Stein and drummer Clem Burke from the original line-up plus session musicians Leigh Foxx, Marc Katz-Bohen and Tommy Kessler - toss out the hits over the next hour with the consummate ease of placing litter in a wheelie bin. Bizarrely they also choose to play an ill-advised mid-set cover of the Beastie Boys '(You Gotta) Fight For Your Right (To Party)'. This is not good either as an idea or in its execution, but that minor blip is soon forgotten when 'Picture This' and 'Heart Of Glass' blow all asunder.

While main stage headliners Scissor Sisters could be described as an acquired taste, this scribe prefers his Marmite with a bit more guts and thunder so heads off to the Jagermeister Stage where Feeder are holding court instead. Largely derided by many as being also-rans that never quite fulfilled their potential, it's only after spending an hour in the company of Grant Nicholas and co. that one realises just how many hit singles his band have produced over the past decade-and-a-half. 'Buck Rogers', 'Just The Way I'm Feeling', 'Come Back Around', 'Feeling A Moment' - the list is endless. It's also worth noting that in between "the hits" they also play a selection of recent material from last year's back-to-basics Renegades long player along with older singles 'Insomnia' and 'High', the latter poignantly dedicated to Amy Winehouse. While not regarded in the same high esteem as fellow Welshmen the Manic Street Preachers (understandably) and the Stereophonics (less so), only the most po-faced of hardened souls could deny that Feeder are unashamedly one of the most underrated bands of the past twenty years. With the strains of 'Take Your Mama' ringing incessantly in the ears, it's at this point DiS decides to depart Wollaton Park and seek sustenance of the Balti kind. Splendour, you have surpassed our expectations. See you next year...