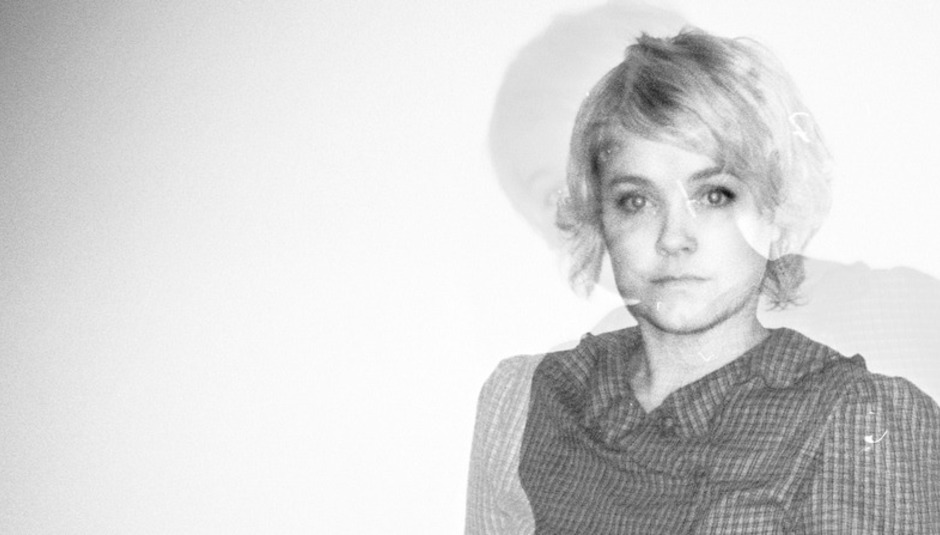 There are so many strange and wonderful things released today. As our American cousins might say, I am 'pumped'.

Ane Brun’s marvellously baroque ‘The Puzzle’ was what brought her to my attention a few years ago; it is a lush, orchestral thing you need to get your ears on - especially if frailty is one of your favoured qualities in music. Here, on ‘Do You Remember’, she is no less atmospheric, but decidedly more muscular - beginning with some tripled-up, vaguely South African drums that at first appear sloppily syncopated, but which never get left behind. What makes it rare, what makes it special, is – as with so many things - the contrast. So while our visceral framework plays out, in the middle distance you can hear First Aid Kit not sounding like First Aid Kit at all, woman-wailing. And then - centre-lens, pull-focus, sharp as a papercut - we have Ane’s wavering plea. Lyrically, it is a catalogue of things that pall as a relationship starts to break; all its cancerous limbs dropping off. But musically you just (just!) have Ane’s voice, all clarity, the peal of a new bell ringing the changes, hopping from note to note as daintily as a Prima. I mean, you can believe all that. Or you can just understand this is a really, really good song about breaking up with someone.

In the same way that dEbruit is on a mission to dismantle all the music in the world, Lucas Santtana is focusing for now on his home country of Brazil. I mention dEbruit because there is the same giddy frisson of discovering someone capable of putting dynamite under traditional music. But also someone who is concomitantly able to catch every smithereen as it falls to earth, reassembling it in ways you did not think possible, but which still make sense. Recontextualisation – a word sullied (if not ruined) by modern art, where ‘re-appropriating’ a stack of chairs is deemed clever - has reached its peak in modern times; we have the tools, and now the talent, to properly mess with our own respective, musical heritage. But as my heritage includes naught but car parks, sterile comprehensive school corridors, false romantic hope and packet soup, don’t listen to me. Listen to Lucas reinvent himself; listen to him take a claw hammer to Voz e Violão, and see how he fashions a diamond out of all the shards.

[As ever, I alert the reader to my propensity for Poncing Up Prose when I am a bit over-excited. ‘Super Violão Mashup’ is rare, original, brilliant.]

I do not come across smooth 80s-redolent funk like ‘Swear’ very often, but I lap it up when I do. Especially when it has echoing organs on it that smell like a British pier and sound like they were recorded on one. This has the sort of whispered lyrical performance Pharrell and Justin favour, it is sexy in a very specific, wipe-clean sort of way and it gets me excited about 4AD. Because although it might be pushing it to draw a line from songs like ‘Cherry Coloured Funk’ to songs like 'Swear' I am going to try; as a label they have pretty much cornered the market in slink. ‘3’ is very promising indeed, and you should definitely try to get someone to snog you while it is on. Or put it on and see if it compels anyone to snog you. Whichever.

Paul White’s hip hop paintbox does not have any greys in it, his palette being comprised entirely of forceful Technicolor. And though the fact that ‘Trust’ is free; though the fact that you need pay NO MONEY WHATSOEVER to experience its whooshing widescreens is mildly troubling, especially as someone who believes artists like White should be obscenely, three-houses rich, let us remember Paul White is the man who turned Rossini’s Thieving Magpie (Ultra Violet, here) into a hip hop jam, and let us forever be grateful. ‘Trust’ sees Guilty Simpson gruff all over the top of some beats that are informed by smoke and mirrors, it is noirish and moody and packed with atmoss. Marvellous.

I may have gone wrong but this sounds to me like a chillwavey Grand National; it certainly has the sort of basslines they favoured. As I don’t happen to think this is a bad thing, and as ‘Mouves’ floats on and adds cloud-like layers to itself, at around the 2:45 mark they all collide; wavering chimes, slinky hi-hat, heartbeat pulses and amiable bass darting about like starlings. There’s still what sounds suspiciously like wind chimes on this single, and I’m not having that.

I have a soft spot for Pop Levi, not least because ‘Reindeer In My Heart’ is one of my favourite, crassly sentimental Christmas songs. Here on ‘Motorcycle’, however, he is back to his default and resting Glam position. As far as a person can tell a thing from a video, he appears to be having a good time. But there is the strong whiff of parody; of playing at, rather than with, music - which makes it all rather disappointing. It’s nowhere near as larks as something like ‘Blue Honey’ - though I realise it is terribly unhelpful to point this out.

The unnavigable vagaries of my inbox being what they are, I missed Robyn last week; walked right past her like I was well up myself, I did. And I am not sure if you can quite believe it, right, but she has written a pop song which is dripping in melancholy and dancefloor-based heartache. And you will listen to it and immediately find yourself wanting to write a banner that says ROMANTIC JUSTICE FOR ROBYN in massive, gaffer-taped caps - just like you do every time you hear one of her perfect pop songs. If she does it too often you will take her for granted like I am, here, so try to be the better person and don't get all spoilt.

Teeth’s uncommonly shrill techno-framework is designed to make you feel sick and dizzy well before they start yelping at you, so do not be fooled by the cuddly faux nostalgia of the title. Essentially if you want to listen to the sort of records your mum will repeatedly tell you to turn down, you could do a lot worse. As I am allergic to - if not actively frightened of - shrillness in music, I listened to ‘Care Bear’ and then immediately self-medicated with some nice Vivaldi.

The Sound of Arrows - ‘Magic’ (Geffen)

I struggle to work out who is meant to buy songs like ‘Magic’, what with every single childling in its kiddie choir Vaseline grinning, and its brightness turned up high, and its prescription-happy vocal performance and its sunset synthetics. I mean, I’ve accidentally made it sound quite good now, but in many ways this would make most sense if used on the closing credits of an accursed romcom. Starring someone you used to admire, but can now only view as a pocketer of cheques. Were I more cynical, I would say ‘Magic’ were made specifically with a lucrative sync rights deal in mind. Which is, in turn, a cynical way of saying that this single sounds cynical, without actually committing to (cynically) saying it.

When Beyonce deigned to release ‘Who Run The World (Girls)’, I was happy with my lot - ignoring any grumblers who felt it necessary to point out that wiggling your la-la in men’s faces is not, strictly speaking, a vital part of the female empowerment curriculum. Meanwhile, Other People - which is to say, People Without Crashing Insight Who Do Not Worry About The Corruption Of Potential Dworkins - were moaning it was not enough; ‘bits’ of ‘Who Run The World (Girls)’ were good, but only ‘bits’. Anyway, Bouncy could have saved herself a load of trouble had she called in The Count & Sinden – who, on the evidence of ‘Future’, are in the business of proving what they would have done for Ms. Z given half a chance. It’s a bit much at 7am in the morning, but then, The Count & Sinden’s whole M.O. appears to be A Bit Much, All The Time. Maybe they have it written on inspirational posters with lions on them. I hope so.

"If people go one way I instinctively...