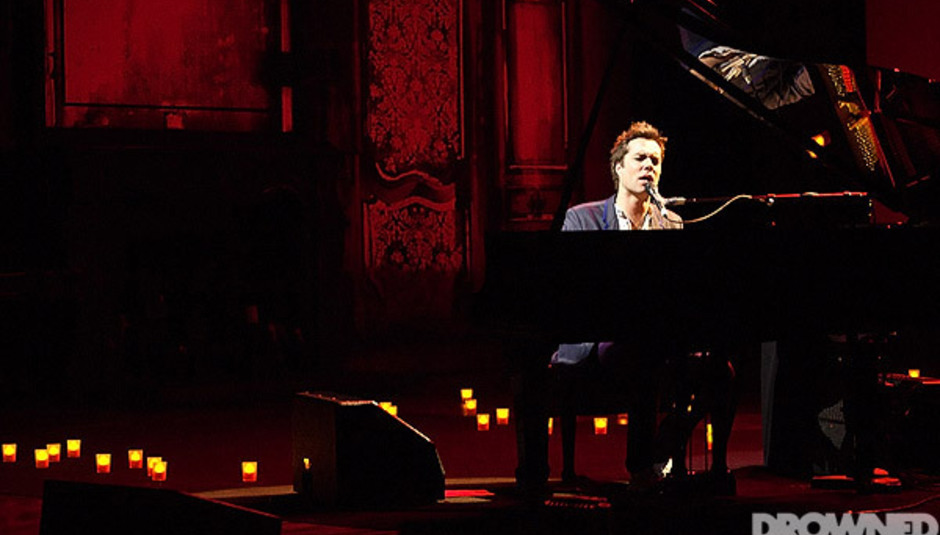 Interview: Rufus Wainwright on Opera, Gaga and The House of Rufus

Interview: Rufus Wainwright on Opera, Gaga and The House of Rufus

Rufus McGarrigle Wainwright needs no introduction, but for formality’s sake it has to be done. Son of, for want of a better word, folk legends (Kate McGarrigle and Loudon Wainwright III), Rufus is a musical thoroughbred. He’s not just tested the waters of the ocean that is opera- oh no- Wainwright only went and completed his own, Prima Donna, which saw its debut performance in 2009 at our own Manchester International Festival. For the Montréalais chanteur, simply embracing fandom will not suffice; Rufus’ passion for Judy Garland’s music is so deep that he performed an abundance of live shows covering a choice selection of her own musical back catalogue. Safe to say, this musician does not do things by halves.

Wainwright has released six studio albums thus far, and has performed in venues such as Carnegie Hall and The Royal Albert Hall, no less. He is about to release a deluxe box set, mapping his life’s work, entitled House Of Rufus; 18th-23rd July marks the week-long run of his Royal Opera House residency of the same name.

Just under a month ago we saw the first episode of documentary ‘Secrets of the Pop Song’, which featured Rufus attempt- and, unsurprisingly given his track record, succeed - at writing a ballad with Guy Chambers. DiS caught up with Wainwright to talk about his most recent pursuits...

DiS: During filming ‘Secrets of the Pop Song’, you expressed that you’re not particularly naturally inclined towards writing pop songs. Is that why you did the programme with Guy?**

Rufus: Well, I wanted to do it because it’s on TV! And I’m in the business of self-promotion, and I have to survive in order to pay my bills. Guy is certainly a real success and musical powerhouse in terms of pop, especially in the UK. I was very curious to check that out. I’m in an interesting period in my life, especially after writing an opera. I’m more curious about different little facets of music, whereas having a pop hit early on was the be all and end all. There was a lot of pressure and it was frustrating; I now seem to have relaxed into a solid career. Therefore, don’t take pop seriously- I think that might be the key to actually doing it. I think I’m more open now and not so much of a control freak.

Did you learn anything in particular from Guy about song writing? Did the time you spent together change the way you went about the song writing process?

We worked very quickly together; I think that was the main thrust of the experience. We immediately got somewhere. What was good about him and the way that he operated is that there were certain laws that I’m not aware of, mostly to do with timing and chord progressions, and it all fits neatly into a system. He was very adamant in having that at the forefront of the process, which I was really ready for, whereas ten years ago I would have been smoking cigarettes glaring at the guy.

What’s your ultimate favourite pop song of all time?

I like ‘Will You Still Love Me Tomorrow’ by Carol King. I like that Alicia Keys ‘New York’ song- that was very good. She was someone who I’d kind of given up on a little bit but when she released that I kinda got it again.

Do you go about writing songs differently when you write with someone else?

Well, I’ve written with people very rarely in my career so far, and it is hard. It wasn’t hard with Guy because he’s worked with Robbie Williams, so he knows how to handle a personality in a good way. He’s not the artist in the forefront, whereas I think sometimes when you write with other artists who are stars themselves who are going to be singing the song publicly, that’s a little bit more of a struggle because it’s really the singer who owns the song in the end.

When you were growing up, did your parents’ folk sensibilities have much of an impact on your own song writing?

Very much so. My mother and father have always been die-hard folkies, and they had [for example] Pete Seeger, or Doc Watson, playing [in the household]. There was this belief, which I think is true, that [folk music] is the seed of all greatness. All of these songs have been handed down aurally over the millennia through the working classes. Music- whether it is classical, or jazz, or Broadway- all comes from that folk base. So we were heavily informed about that concept, and I think that helps.

How has your song writing changed over the years, say, in topic?

I think one of the main things that shifted over the years is that, certainly as a teenager, I was really obsessed with details and shades and trying to capture the finite; I think when you hear some of my old material you can really hear me searching. Song writing is like a muscle; over the years you do become more agile, and it does become less of a toilsome process, actually. I think for any young songwriter it is hard to write songs, but it does become easier if you keep doing it. What’s kinda nice about it too is now that I think it’s always good to have hard work to do in music, and you don’t want it to get too easy, so now I’ve transferred some of that brute force into the writings of my opera.

You’ve written your opera, Prima Donna, you’ve written many albums in your own style of music, and you’ve written a pop song (‘World War III’) with Guy; is there any other genre you’d like to tackle in the future?

I’ve always had a fantasy of being in a movie musical, like MGM: dancing, red curtains, cigarette cases and stuff like that. It’s something where I can basically be in Technicolor and be 600 feet tall.

How did writing an opera compare to writing your usual material?

It’s completely different. I think I used a lot of song writing tricks in my opera, and that’s one of the elements that I can bring to that world because it has gotten a little far fetched in my opinion in terms of what it has to offer. And it’s nice to bring back a melodic, romantic sense to it. That being said, once you’re in the trenches with an opera, there’s really no comparison with anything else. For one thing, unlike song writing or making albums or touring, that all depends on me and how I’m feeling that day, but with an opera it depends on 200 people and each member counts- all you need is a bad trumpet player and it’s ruined!

Operas do have to be very well written and intricately arranged. It takes great skill to write an opera, but there have been awfully written pop songs in the past that have been very successful and I find that a little unjust.

Yeah, certainly. I mean, God, look at Lady Gaga’s single; that was like watered down Madonna.

I’m guessing you’re not a fan?

I am a potential fan; she certainly knows how to sing, she can play the piano and she has a lot of flare and drive. But that last single really took her down a few notches for me because it is a total rip-off of Madonna. She and I don’t see eye to eye on a lot of things, but now I’m having to defend Madonna and I didn’t want to have to be put into that situation!

Your music is very instrumental and classical in a way, but there is so much more electronic music around now. What do you think will be the future of the musical instrument? Will we still have these traditional instruments in years to come?

Oh yes, for sure. I mean, with the guitar, the older it gets the more incredible it sounds. A lot of stringed instruments are like that. For a human being to play an instrument, and to really lose themselves in that organic craftsmanship, is one of the finest experiences known to man and womankind. I wouldn’t be able to live if I couldn’t play an instrument. It becomes one of the most important things in your life.

Your House of Rufus residency is coming up at The Royal Opera House. What can the audience expect?

There are three different thrusts. One is the Judy show, which is pretty much all me, but Martha will get up and perform with me occasionally. There’s a guest night where Martha will come and do a whole set of her own, and we’ll sing together, and the same with my father. The last night is the most important night for me: the first half is a concert version of selections from Prima Donna, which I’m incredibly excited about and I’m honoured to have the experience of attending my own opera at The Royal Opera House. In the second half of the concert, I’ll come out and sing some of my old material with the orchestra. Then we move it up a notch and I sing some of the classical repertoire like Berlios and Mozart. It’s pretty daunting, I have to say.

I saw you perform with Martha last year at The Royal Albert Hall; have you ever thought about writing music with her?

It’s territory that hopefully someday we’ll arrive at. I definitely would love to make some albums with her, especially now that we’re revisiting and rediscovering the greatness of my mother’s catalogue. I’d like to do some work on that, because my mother wrote the best songs of all of us, I think.

You made a documentary on your mother, didn’t you?

Yeah, we did a big show at Town Hall in New York City and filmed it. We had incredible guests like Norah Jones, Antony [Hegarty] and Emmylou Harris… You ain’t seen nothin’ yet.

You’ve done an awful lot in your career so far. Do you still have goals you’d like to achieve?

[After a lot of “um”s and “ah”s] I’d like to take a vacation, actually! I’d like to take some time off and enjoy some time with my daughter [Viva]. I’ve written three songs about her already, so it’s pretty major… but it’s worth every yawn.