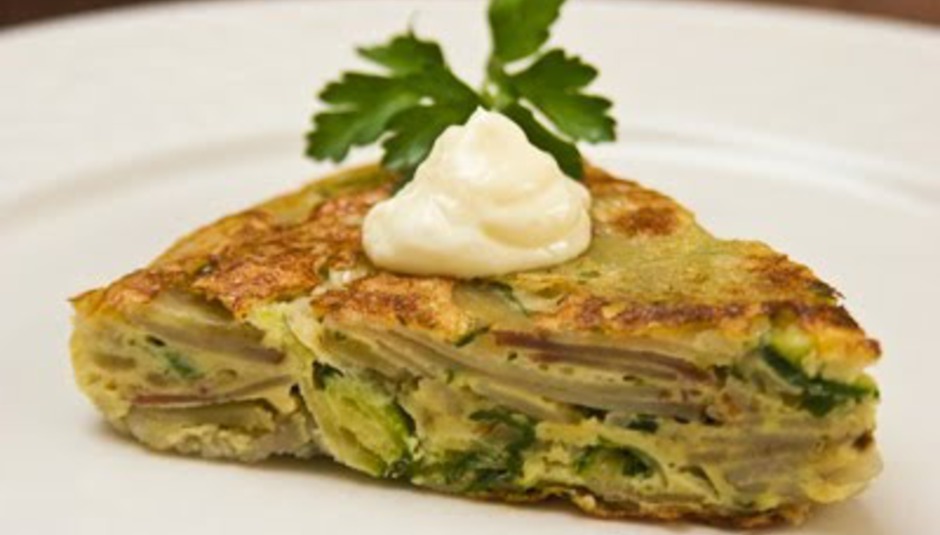 Spanish people are really great at making picnic food, even though it is too hot in most parts of Spain to be able to go outside in the summer.

Here are some recipes that are really simple to make:

When I first moved to Madrid and was teaching an English lesson on how to talk about your favourite things, everyone looked completely shocked when I said that tortilla de patata is one of my favourite snacks. It is one of those things that English people are very impressed by, but is actually super simple to make.

First you need a non-stick pan. That is essential. The two things that mess up a tortilla are sticky pans and uncontrollable heat (gas hobs are preferable).

Here are the other ingredients:

A large pinch of salt

Quite a generous amount of olive oil.

You start by cutting the potatoes into small pieces. First cut the potatoes into halves (or quarters if they are big) then dice it in slices that are about 3-4mm in width. Then you want to heat your oil in a frying pan, you need just enough oil to be able to cover the potatoes. When the oil is hot, put the potatoes in and turn down the heat. If it is too hot you will end up with crispy potatoes rather than soft ones. So I normally do it on a low heat, with a lid on, until the potatoes go soft. About 5 minutes before the potatoes are ready add the onion, chopped into small pieces. Then while that is cooking, beat your eggs in a bowl that is large enough for all the potatoes to fit too. Add the salt to the egg, and when the potatoes are done add them, straining away some of the oil first. Leave it to stand for a little while. Then heat up a very small amount of oil in a non-stick pan, and when it is hot pour in your tortilla. You want to start it off quite hot and then turn it down quickly and let it cook through for so that it gets properly cooked in the middle rather than burned on the outside and runny in the middle. Putting a lid on it helps it to cook through the middle. You will be able to tell when it is done on one side because the rest of it will start taking form, so then it is time to turn it over. This is actually a really easy thing to do, all you need is a large plate. Put the plate over the pan, turn it over, remove the pan (so the done side is facing upwards) and then put the pan back on the heat and carefully slide the tortilla off the plate in to the pan. Some egg and potato will stick to the plate, but you don't need to worry about that. And then you wait till that side is done and your tortilla will be ready. I usually eat tortilla with fresh lemon squeezed on top. I also like to eat pimientos asados with my tortilla. These are just roasted red peppers. You make them by putting the peppers in the oven whole with a little bit of olive oil for about 30 mins, on 180 degrees or so. You know when they're done when they look a bit brown on the outside, and if you poke them with a knife they collapse. Wait for them to cool a little, then peel them, de-seed them and cut them into strips. Then chop up a clove of garlic (in Spanish they call a clove "un diente" which is a tooth), and add 1/4 a teaspoon of cumin and extra virgin olive oil to marinate them, put it all in a bowl and leave it in the fridge overnight. And no Spanish picnic would be complete without gazpacho. Last time I was in Madrid in winter I made tomato soup one day for my girlfriend's mother - she was horrified, and blurted out "why the hell would anyone eat hot gazpacho?!"

Gazpacho is another one of these things that is super, super easy to make, but that never fails to impress, partly because of its novelty value as cold soup.

These are the ingredients:

A piece of stale bread a bit bigger than the size of your hand (including your fingers) - it doesn't have to be stale, I've done it with fresh bread. White Spanish style baguette bread is best for this. Whatever you do, don't used sliced bread, that would be wrong.

Half a kilo of tomatoes (probably about 6 large ones)

A piece of cucumber a bit shorter than the length of your hand (again, including your fingers)

A clove of garlic

1 chunk of red pepper (about half a pepper will do)

A glug of white wine vinegar

A pinch of salt

A pinch of cumin (I put cumin in everything)

Most people put raw onion in their gazpacho but I don't like it and I don't think it's necessary.

First you need to cover the tomatoes with water and bring them to the boil. Boil them for about 5 minutes, or until the skin splits, and then put them in cold water so they cool down. Then you can take them out and peel them really easily, but be careful not to burn your fingers. You also need to soak your bread in water until it is soggy. Drain the excess water from the bread, and put the soggy bread, the tomatoes and all the other ingredients in a blender, and blend until soft. You can do this with a hand-held blender if you don't have a proper one. Then you need to put it in the fridge to cool down for a few hours. I have seen some people get adventurous and add a bit of beetroot and apple or something, but I don't think it's as nice. All you need now is a case of cold Mahou, a park and a little bit of sunshine - easier said than done…