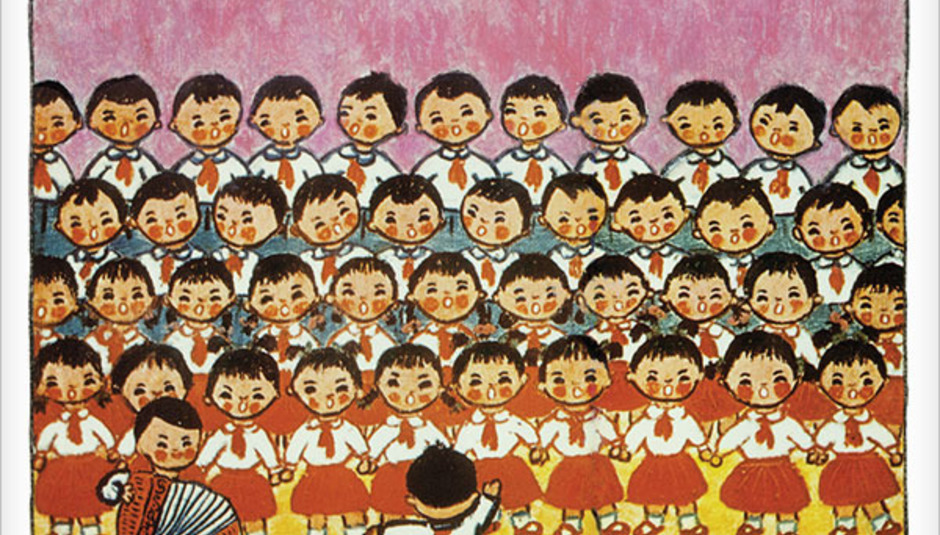 This is a mixture of new things I have just bought and old favourites. The list changes from day to day so by the time you read this I'm probably listening to something else!

In no particular order...

Actually that was a lie, because this is my favourite record of all time and will always be my first choice of what to listen to. This is the reissue because I have never been able to get hold of an original copy so I was exceptionally happy when they bought it out on vinyl again last year. I sent Ana da Silva a gushing fan email about how I can't believe that they managed to make music that sounds like this, it is just such a perfect album, and completely different to anything else that exists. She replied saying that it was all to do with the right combination of people at a given time, and that such conditions can never be re-created. I love the lyrics, I love the spontaneity and the energy, I love the way that the different band members have different songs, as if it's a kind of collective rather than a hierarchy. I absolutely love the way it sounds like it was all recorded in a few days or so. The CD reissue comes with lots of live footage of early raincoats gigs, with the incredible Palmolive pounding away on the drums.

This is another one of my all time favourites. New Bloods only made this one album before Osa moved to New Orleans and they seemed to grind to a halt. Again, I love the lyrics on this album, and the energy, the mixture of poetry and politics, angry without being self-righteous, celebratory without being corny. Osa also writes a really great zine called Shotgun Seamstress that you can order from her online, and she writes a column in Maximum Rock n Roll.

The latest release from Bristol's stitch-stitch records, by two men called Tom who play instrumental bluegrass-style ditties, kind of like lullabies for drinking whiskey to and sitting out on your porch, if you have one. This is my favourite of their albums, to me it sounds a little less lofi, but a little sadder than the others.

I bought this record after reading an interview with them in the Wire where they said that they'd been listening to the first Raincoats album a lot whilst writing it. I don't normally buy things I read about in the Wire without listening to them first, because they have a knack of making things sound more interesting than they actually are, but this was a great purchase, and I've been listening to it non-stop since. I can't really think how to describe it. Everything about each song is really unexpected, lots of strange rhythms and chanting, and it sounds a bit like they're channelling a kind of wild inhuman force.

The Ex - Catch My Shoe

I will never, ever, ever get bored of the Ex. We were really lucky to go on tour with them in September 2005 in the states, and seeing them night after night was exhilarating. The line-up has changed a bit since then, with Andy playing baritone guitar, and vocalist GW Sok being replaced with Arnold de Boer, who has his own project called Zea. The Ex are one of the very few bands who actually get better with each album, and they've been doing that for nearly 30 years. It is really inspiring to see people who have been playing together for so long and still sound so new, and excited about what they are doing, partly because they never play any old songs live. Definitely my favourite live band, and I think this record more than their previous ones captures their live sound perfectly.

I had to move house recently, and I didn't want to, so I was quite sad about it, but this became my soundtrack to moving. When I told my girlfriend that she looked at the cover and said "I hope that's not how you're going to do it", but, inevitably, that is more or less what my bedroom looks like right now.

I never used to listen to PJ Harvey at all, until Mia convinced me to listen to 'White Chalk', and I absolutely loved it, although I still can't quite get to grips with her earlier stuff. I think this is because when I was a teenager there were so many really terrible bands that cited her as an influence, and I never got beyond that. Even now, if someone's press release mentions PJ Harvey you know it's going to be bad (I think the same thing can be said about Kate Bush, who I love). 'Let England Shake', like 'White Chalk', has become one of my favourite records, I love all the men singing the chorus on 'The Words that Maketh Murder', I really love the brass on the whole thing, and the way the instruments sound like vintage antiques. I was initially a bit worried about the idea of a record that was simply about war in general, but I think lyrically it's been done in a really intelligent way.

What can I say about Dusty? I just love all of her records, even slightly dodgy coe back one from 1979. This is the first album, and perhaps the best, with hits like 'You Don't Own Me' and 'Anyone Who Had a Heart'. I love the cover of this record, Dusty is definitely pre-empting her future lesbian audience in this picture.

This man is completely bonkers. His superb album Microminiature Love, originally released in 1969, was reissued last year, and around that time I kept hearing people talk about it. His records all sound weird, on completely their own terms, in fact I think Microminiature Love is the most accessible. He modified all his instruments himself and sings in a kind of beautiful warbling way, and it seems that noone had heard of him or knew who he was for most of his career, he just made all these lovely, strange records on his own, for himself, without caring about the outside world. Lovely Gold from 1977 is my favourite of his records even though it's a less obvious choice because it sounds unfinished, more lofi, and kind of more folky than the others I've heard. The song 'will it be' is incredible; the whole record is an absolute gem.

This is a perfect pop record, but on closer inspection, especially when you read the lyrics, you realise that beneath all those sweet harmonies they sound like they're about to have a nervous breakdown. At times they sound like some of the bands on K records from the 90s (which is a huge compliment coming from me), but less content to settle with the most obvious sequences, and some of the songs sound like they're all playing completely different things but it somehow manages to perfectly cohere. I love the way the bass sounds so twangy, trebly and melodic,an antidote to people that work in bass shops and sound engineers who ask you 'how's it going in bass world?' (no kidding, someone actually asked me that once).