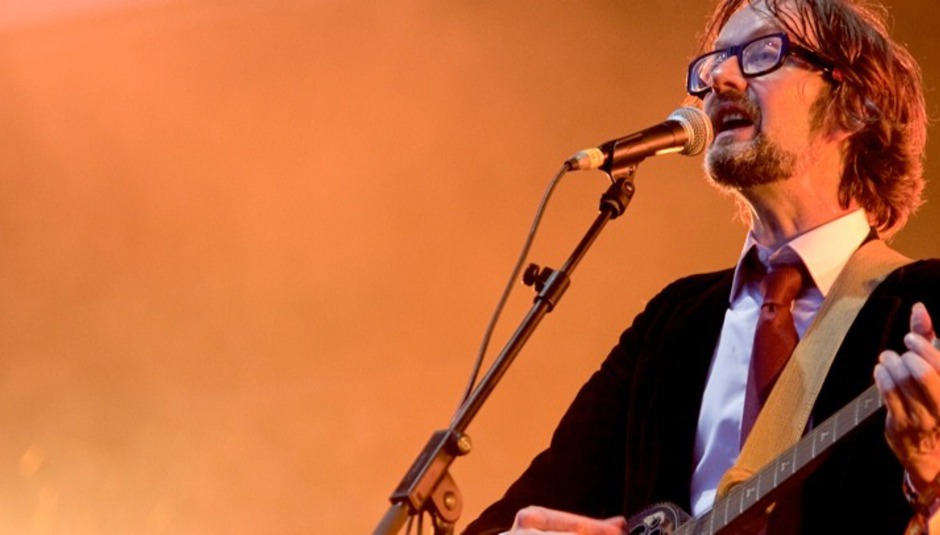 Something changed, alright. At an unspecified point between Worthy Farm, Mile End and Sadie Frost’s face, in the middle of the last century’s final decade, the all-right-angles Jarvis Cocker became a god amongst Britpop also-ran frontmen in interchangeable corduroy trews. From middle-ranking underdogs to undisputed champions of outsider-pop, Pulp blossomed into the sort of band that touches the masses but manages to make every interaction as intimate as a one-to-one performance. Do you remember the first time? Many thousands in attendance today do – but, arguably, they’re having a better time now, letting loose to these superbly age-resistant offerings, than when they were trying to look cool by the side of an indie club dancefloor around the impact of Different Class. Handbags, down; dancing, around them. The feeling that isn’t a rush of endorphins through the spine: a slight swelling in the throat, a product of the nostalgia factor associated with these songs.

Because Pulp – in much the same way as Oasis and Blur – are arguably a band best remembered for moments rather than music; by which I mean their songs colour the memories of the individual, rather than singing out as the most pronounced aspect of a recollection. As they deliver ‘Disco 2000’, ‘Mis-Shapes’, ‘Sorted for E’s & Wizz’, the reaction is one of euphoria stirred with a strange sadness: for times lost in the mist of encroaching middle-age, at the realisation that it’s entirely probable that there won’t be another band like this, one that went 16 years before they breached the top ten. Who, at any label, would have that patience today? Who, particularly in the major label system, is prepared to let a band develop at a pace that makes the rise of Elbow look positively expeditious? Few, if any. And chances are that they’re here, feeling the same way as I do.

But this is not the place for tears for today’s make-it-now-or-never ranks; celebration is in the air and everybody is up for a party – on the outside, at least, as paper cups of beer and cardboard trays of chips are lost to merriment. And Pulp are remarkably unselfish, concentrating on the bigger hits of their catalogue – the aforementioned (alongside the inevitable closer, ‘Common People’: cue mass hysteria, and rightly so), plus ‘Mile End’ from the Trainspotting soundtrack, a trio of tracks from the pre-Glasto-headline-set-ground-zero LP His ‘n’ Hers (set opener ‘Do You Remember the First Time’, the evergreen ‘Babies’ and ‘Pink Glove’), and a cut each from post-breakthrough sets This Is Hardcore (a brilliant rendition of the title-track, as the dark descends over Hyde Park) and studio swansong We Love Life (‘Sunrise’). Granted there’s no talk of new material in this case, but previous comeback occasions have been hamstrung by the band in question’s preference to mine their canon for obscure might-be gems which aren’t half as bright several years after their original revealing. Naming no names, but most reading this piece will have experienced frustration at such a situation. Tonight, though, Pulp deliver precisely what’s needed, and the feel-good factor that takes root in oneself as a result is quite remarkable.

A perfect headline set, then: all the hits, and a phenomenal performance from the impossibly wiry Cocker, whose jovial between-song quippery makes a field full of many thousands feel like a pub’s backroom. Be that pub in east London, Sheffield, or wherever, it doesn’t matter. Pulp were this land’s finest Britpop band in the 1990s; today, on this form, they might not need the genre-specific modifier.

Photo by Helen Boast, the full Wireless gallery can be found here.