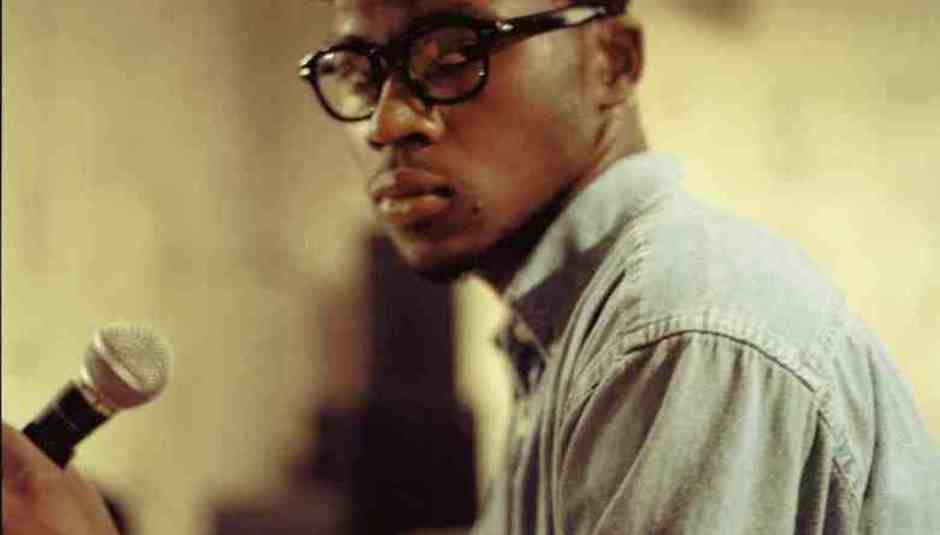 Some mornings you wake up and realise Beyonce Knowles’ 'Run The World' will not result in the immediate dismantling of the Patriarchy. Thankfully I have managed to restrain myself from writing 500 words on this subject for a pointless blog and have written about some new singles instead.

I know nothing about trends in hip hop but don’t think for a minute that’s going to stop me pointing at ‘Flying Overseas’ and mumbling something about how this trend for spartan beats and neat-as-a-pin production makes me want to rugby tackle Theophilus London and say ‘bloody, ruddy well done, you’ and then try to get him to shake my hand even though that is not how he do and if I stood next to him a million of his cool points would immediately disappear. I would also like to point out that Mr. London refers in his song to Riesling and if that is indeed the new drink of rapping men then THAT IS THE KIND OF HIP-HOP PROGRESS OR HIP-HOPROGESS I CAN GET ON BOARD WITH. ‘Flying Overseas’ is marvellous, I think, also romantic.

Art Museums - ‘Dancing With A Hole In Your Heart’ (Slumberland)

If you ask me ‘Dancing With A Hole In Your Heart’ is kind of like Not Waving, But Drowning sept for indie kids. Also if you ask me Art Museums are under the impression indie songs must be about valiantly battling on with your job at the call centre even though you had a really hard time last year because he was not just your boyfriend but also your line manager and there is only so much heartache you can take, you know? It is a single of incredible tinny purpose and I am doing the sort of twitchy dancing to it where you try to rein in almost all of your limbs - but especially your arms - so you look slightly deranged. Because this song is over in a minute and a half I think it is miles cleverer than it probably is - but it was the song I went THIS IS MORE LIKE IT out loud to on the first turn about the singles pile. And that is usually a good sign.


If you are too tired to have internet arguments about whether it is okay for new music to sound like old music then Young Husband are here to dance around with their hair in the 'curtains' style and make drafts happen with they Joe Bloggs denims. Let them sway and let them stare into the middle distance as if something fuckingwow was happening there and not so much ignore the massive calendar on the wall as rip it apart in a strangely bloodless ceremony of indie rage. B-side ‘Nothing, Nothing’s trippy pop is also very good. ‘Indie rage’. You know, like sexy nuns / happy goths / straight-forward women.

One thing you may not know about me is that I like fun so if fun was walking down the street I would totally follow its big fun backside right down the street until its reached into its pocket and pushed on the button on the bottom right hand corner of the keypad three times. If ‘Don’t Walk Away’ was walking down the street I would go ‘hey’ and then after I had passed it I would get into a minicab and get the man to drive me back to the top of the street so I could get out and pass it and go 'hey' again. I like 'Don't Walk Away' it is 1950s diner rock music on the one hand and it is a jumble sale croon on the other. It also sounds like they are doing this song this s l o w l y because they don’t actually know how to play it yet, and in a funny sort of way that is precisely what I like about it.

I definitely don’t understand what is happening here so I am going to down a pint of Laura Ashley florals and gannet MoneyboxLive because Vincent Duggleby is the only man who can make sense happen in the crazy world into which I am occasionally plunged in exchange for money. There is a video here and there is a song here and that’s all I got.

What I like about this Patrick Wolf single is that Patrick has got happy. He has been to Happy Shopper and bought ten undented, pristine cans of happy in tomato sauce and then he has eaten them all up without sharing. When will we all realise he is absolutely mega? By all of which I mean, when will I realise? It is okay though because in 2016 when I finally do I promise to try to track him down and say sorry for being a dick.

I had a talk with a man about The Berg Sans Nipple at the weekend and he said he thought the reason they were not more popular was because they have the word ‘nipple’ in their name. I said pass me that diamond-encrusted spoon I think there is a small part of my mouth that does not have a small glassy ball of caviar about to explode on it and let me have a go on that jeroboam of Kristal while the angels play a tune on my platinum discman because that is exactly what indie is like; you fool peasants have no idea. Anyway I don’t think nipples should get in the way of a good tune which is why I put ‘Change The Shape’ on and realised these nipplers are hactually toyshoppers who sing a word that sounds like ‘Tena’ which is funny because it makes you think about old people who need to be sat near the loo and one day this will be you so laugh it UP right NOW why DON'T YOU. Also, this single sounds like Hot Chip’s ‘Over and Over’ if you had ripped it apart on purpose when no one was looking because you thought it wasn’t Art Project enough. You can tell this because it has the following noises on it:

Children: playpark, summer (evocation of)
Xylophones: twinkly twonkly
Unicorns
Wind chimes here-you-are-I-have-got-you-one-as-a-present-please-don't-dump-me
An arty man (you can get these cheap down the college)

I don’t think anyone has a problem with the word ‘nipple’ in particular, I just think THE BERG SANS NIPPLE IS A TERRIBLE NAME FOR A BAND. All in all the joy derived is about as much as you would get from an ordinary-sized bag of crisps but you are eating them on a train so you have to be quiet which is not as good.

One of my favourite dudes at the Rock School looked over my shoulder this week and said ‘Konami, what’s that like then?’ and then I played it and he said ‘Yes, that is exactly what I thought a song called 'Konami' would sound like’. I don’t know if that is a good or a bad thing but if you like the sort of pop music that sounds like it was made by robots on the blob who have just burst into tears because they saw a bit of war on the news then ‘Apparat Organ Quartet’ is definitely for you. It’s sad and it’s happy and I don’t know why it’s crying and neither does it.

As you might expect with a band called Tasseomancy and a song called 'Soft Feet' off of an album called 'Ulalume' this is not the sort of hard house you aren’t allowed to wear jeans or trainers to. It is wibble folk - which incidentally, is the best kind of folk because all the songs are about maids dashing their brains out with a copper kettle on a stone hearth and shadows in the forest which are probably satyrs shagging. Tasseomancy OF COURSE MEANS READING TEA LEAVES IF YOU HAD TO LOOK THAT UP YOU AND THIS BAND WILL NEVER GET MARRIED but do read the description underneath the Youtubular above because it reads like a description under an Etsy listing for a product made out of twigs. And then do be an awfully good cove and remember I am just being a facetious smarthouse because ‘Soft Feet’ is excellent.

The History of Apple Pie - ‘You’re So Cool’ (Roundtable Records)

Having chosen what is perhaps the worst line in all of True Romance and then paid someone to put a big pointy neon sign next to this fact just in case anyone missed it The History of Apple Pie (which incidentally is the sort of band name that makes me want to do a gingham sick) have written a cute knock-kneed song in the traditional faux-naïve indie style. It’s really really really nice and I definitely did not look down to my laptop while watching Bouncy at Glastonbury and think maybe I was in the wrong job or that I would have to do a murder on the next person who tried to sell me a small sponge cake for a pound but it’s okay because they sold it to you off of a polka-dot tablecloth.

Mulato Pintado is him out of Black Daniel doing song-spokery in the manner of talky songs such as Sunscreen or c.f. Dennis Hopper on the beginning of that one on the second Gorillaz halbum. It is about SHALL I BE A DOG FOR YOU WOMAN IS THAT WHAT YOU WANT FROM ME WHAT THE GIDDY HECK DO YOU WANT FROM ME but much more compelling than such a description would have you expect. The nice thing about it is that the vague whiff of speriments and Let Me Just Say Stuff While You Lot Noodle About doesn’t stick around for very long. Essentially I am saying that the bad stuff about this single is like a fairy parp and that it is this week’s pot luck but if you don’t try new stuff you will just get boringer.


If you say ‘Joakim’ out loud and get it wrong nobody will think you are cool, so everybody be cool and just remember it is pronounced ‘wa-keem’ because I want good (i.e. cool) things to happen to you out there. And if someone asks you what the noise he makes sounds like and whether it is well good or well bad, just say it is at the happier, clappier end of the sort of church where instead of Jerusalem you sing songs by Beloved and everyone wears bikinis and the blood of christ tastes like it might have Bacardi in it. 'Forever Young' has a nice glitchy breakdown about two minutes in and then the bouncy beachball bassline comes back and you are like wow man you look so beautiful. Those aren’t communium wafers so don’t have one unless you want to wake up in four hours to find a man with ratty dreadlocks massaging your shoulders while talking about all the 989384374 things you can make out of hemp IF ANYONE COULD ACTUALLY BE ARSED.


Wendy is on Twitter, here. It's 'on the internet'.