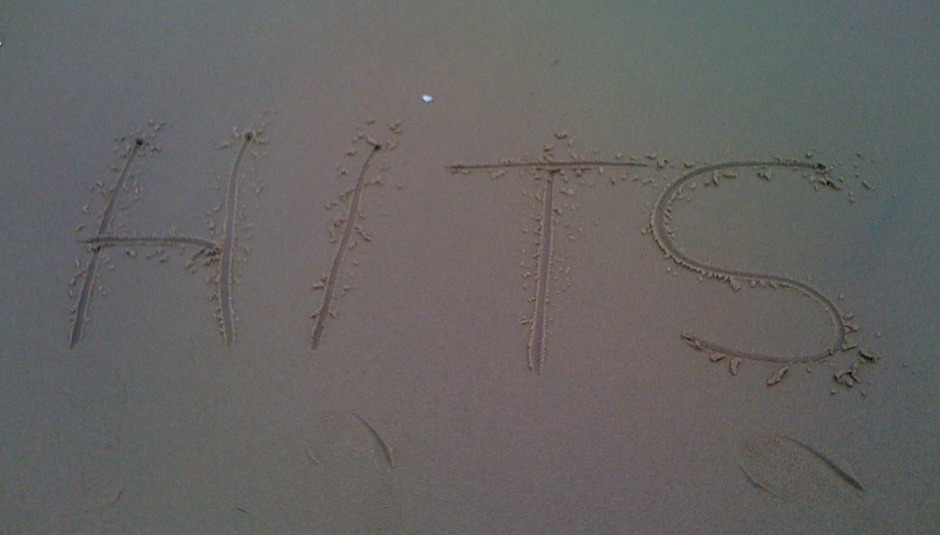 Either I had a really nice weekend or this is my favourite week for singles so far this year. Also, do you mind if I just create a bit of
space

Imagine I said something about

The problem with a great deal of dream pop – if you can get past the term, and I have trouble even typing it - is that it is often the musical equivalent of a phone sigh. And phone sighs are puzzles, because it is often difficult to distinguish the exhortations of the bored from the carbon dioxides of the truly content. To understand a sigh properly, one must have it in front of one; eyes half closed while a beatific grin plays about the lips, the cool breath of the truly exhausted and happy upon one’s neck, the rolling eyes of the unimpressed and indolent, the sort of sigh that invokes Pixar: not just breathing, but breathing with style. And so, although it would be easy to dismiss jangly bleatings such as ‘Do You Really Wanna Know’ because it is what it is and what it is is not manly, and although it would allow me to make short work of this column by tossing aside easy verdicts, I shall not. Papercuts have made a single that sounds like all of the colours of the Pet Shop Boys’ Disco artwork (peachy), it rises and falls with grace and it has a selfless approach to melody that strikes me as almost kind. In long, it is the sort of sigh I like. This single is not about to moan about getting up because it can’t be arsed, it is going to moan about getting up because right here, right now, is as lovely as it gets.

Muffled thigh slaps, a doomed piano, strings that could be floating on a desert breeze and a wavering melody that could easily accompany a fallen cowboy as he gallops away from the chorus of those who accuse him, all make ‘For 12’ cinematic in the best way. Which is to say that as it unfurls, it presents its drama on the biggest screen it could possibly purloin, no ladder is big enough, no generator could fuel a projector this imposing. I would not wish you to think this single did not have anything delicate about it, because it is not drama in the flashy, Sorkin sense - but as it clops past an outpost of minor keys and deftly nods as if to say sorry for all the dust its hooves are kicking up, one can only doff one’s stetson and wish it luck. Absolutely gorgeous, it is.

Florrie - ‘I Took A Little Something’ from ‘Experiments’ EP (Self-release, more here)

Pop is an odd thing, and it has become an artful business of late, dipping its toe into deviant sexual practice as if it were a 12p sherbet fountain and there were nothing remotely unusual about using ball gags in pursuit of your lover’s happiness. And though I do not wish to fall into the trap of thinking all teenage girls are permanently on the precipice of Lolitadom if SOCIETY could only press their buttons or locate their wallets - lollies falling straight from the sexy heavens straight into the mouths of heart-shaped-sunglassed pre-teens - I will admit to being a little tired, a little ruddy tired, everyone, of shock. And Florrie is at odds with all this – musically if not visually - harking back to Lucky Star era Madonna. I mean, don’t get me wrong, I do not long for a return to trousered piano legs, but Florrie makes the kind of spotlessly clean, neat as a pin pop music I can really get behind. And as all the other boys on the dancefloor wait to see if I will inch my crotch a bit closer like the chancing pervs they are, all I do is make silly jazz hands and make pow noises about her person. Because it is innocent and plain in its purpose; it is music made for disco dancing. Also, right, ‘I Took A Little Something’ has one of those middle eight breakdowns in which the whole single is plunged to the bottom of a swimming pool so that all the beats sound as if they were occurring inside an airtight pasta jar, and I love those. This whole EP is effing magnificent.

‘Tell Me A Tale’ is a cut above, it is a soul record that could as easily have been recorded in 1972 as smoothly as it plopped through my letterbox, all promise. It is the sort of soul record that swells and eddies, it has psychedelic flourishes and the kind of drums that are brushed rather than having the living daylights bashed out of them, it starts with flute wibble that bleeds and should be accompanied by a cine wall projection that looks like celluloid burning with colour, and I think you will like it if you are a human person. Will soul undergo a rich revival given our troubling times? You see, it may be one of the only pleasant by-products of an age that thinks it is even appropriate to consider the ‘skimpiness’ or otherwise of children's swimwear. Kick a kitten, stand on a roundabout shouting at cars, give up, stick some middle fingers in the general direction of the news and then, right, let Michael make it all better.

If I were Milk Maid’s Mum I would tell them their speakers were broken. As I am not, and instead find a person who thinks Bandwagonesque sleeves make for appropriate adult wall hangings staring back when I look into the mirror, I will recommend ‘Not Me’ to you. And as I sweep multi-coloured unguents across my lips, cheeks and eyes, we will listen to the fuzz and squall of its despondent heart. You will say ‘How much longer are you going to be?’ and I will say ‘Shut up, I am worth it.’ By all of which I mean; this single will cost less than a reasonably priced mascara and it is worth it. But it will not solve your problems like black lashes can.

It would be easy to spend fifteen lines on just how sickening it is that neither of the human men who make up Disclosure have yet reached the age of twenty. And though I can admit to giving a light fitting the glad eye and taking it to one side in order to ask it if it thought it could support the weight of a grown woman, apparently these days it is outre to invoke the imagery of the suicidal; ‘killmeNOW’ being the linguistic equivalent to saying ‘not’ at the end of a sentence and expecting it to make like a punch-line. ANYWAY, as I already appear to be chewing orf line six of this review, I shall now turn to ‘Carnival’, and ask it how it came to fashion joy from ritalinned vocal lines and synth chimes that race like a robot handbeller at the church fete of now [oho, sorry]. But it turns out it is having too much fun to pay attention to the old lady with the laptop and the deadline. ‘Cor Carnival, you are well good,’ I gambit, trying to convey with just my eyes that I do definitely understand it and it is definitely for me and I can still pull off these trainaz I so want to wear. ‘Oh do one, Grandma,’ it replies, quite rightly. I won’t embarrass it with praise in public; this music does not need the championing of The Olds. But I will be cheerin an hollerin on the inside.

By my reckoning this release week we have not one but two supremely uncynical and joyful pop records. This is the other one and it was manufactured for the express purpose of making your holidays nicer. As long as you are going on a proper holiday in which beaches, cheap swimwear, poolside snogs and continental lager feature heavily. Spare me your understanding of entire continents gleaned from two weeks trekking. La la la can’t hear you, this Boots walkman goes up well loud and anyway I am TRYING to read a story about a DIRTY BEGGAR who cads professionally and plays footer in whatever time he has left. Take your pale skin and your discomfit at being sat around a pool with a hundred other working class people who THANKS VERY MUCH are having A NICE TIME and GO AND READ your ACKFING DREARY MURAKAMI NOVEL next to SOMEONE ELSE. 'I've never been on a package holiday before,' he spat. You know, I was well shot of him.

One of the songs on the North End EP uses the error sound you get on a Mac when your machine goes all antsy and frigid. It is that dull chime that happens when your computer hates you. This should mean Enchante are abominational. They are not. 'Reggay' in particular is pure, daft, larks. Close a few of those tabs.

Though I would have a lot more time for this band if they were called Batty Heart and though there is something reassuringly inevitable about the distort they are making, replete as it is with churchscape found sounds, if you are completely honest and feeling a bit cynical, and given that Merriweather Post Pavillion came out two years ago, perhaps you would be moved to posit that ‘2 Good’ is the aural equivalent of a dreamcatcher. I CAN'T BELIEVE I WENT OUT WITH SOMEONE WHO HAD ONE.


Wendy is on Twitter, here. Abracadabra by the Steve Miller band is a good song, isn't it.