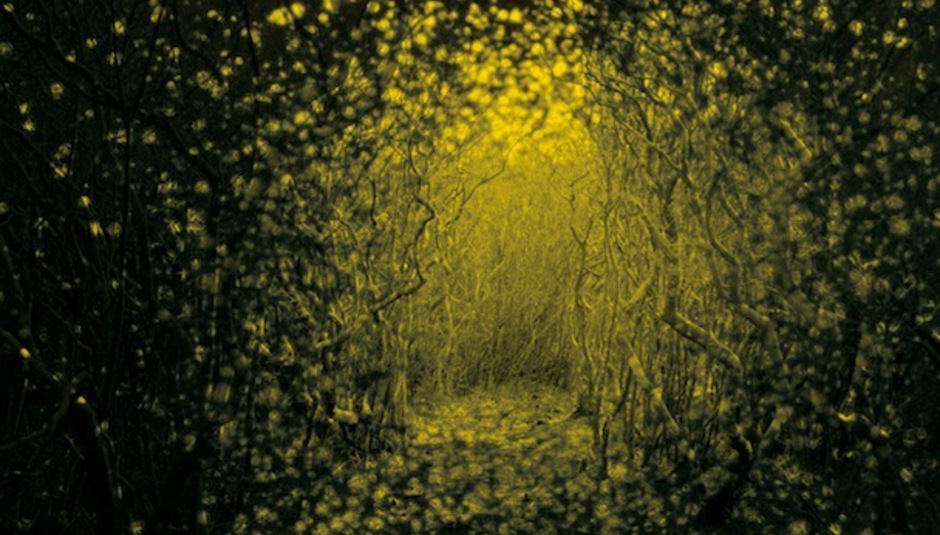 Burst Apart is The Antlers’ 4th record, maybe individually my 7th record, but most importantly, our first record as a true band. Before now, we were my bedroom project, slowly expanding into a group, and finding our musical footing. I’ve found happiness in letting go of the reigns this time, finding my place in a true collaboration, turning The Antlers from my project to our project. We put our hearts and minds into this, and we’re ecstatic to have you finally hear this record for which we care so much.

But it’s not meant to be just the band’s record. Beyond Michael, Darby and myself, I want Burst Apart to be ours, I want it to belong to everybody, I want us all to be a part of it. It’s a record about being lost, and getting your bearings back. My hope, and my intent, is that we can all do that together.

I think we knew right away that this had to be the first song on the record. It practically wrote itself. It’s a pop song about hollow sex.

We’ve been playing this song on tour for nearly a year now. Think disco meets “I Shot The Sheriff”, possibly in space. Lyrically and musically, it’s a song about making someone realize they don’t know you as well as they thought they did, when they thought they had you pegged.

This song was built from a loop we captured from Michael playing drums for a long time, and a collection of seemingly non-musical sounds, woven together to make a spooky, downbeat electronic song. It’s a rejection of being anyone’s emotional crutch (a la Hospice), by way of another song about sex.

We agonized over the production of this song for awhile, and it finally came together when we let it be relaxed and dubbed-out. Now it’s become one of my favorite recordings. It’s the first song that makes sense to get lost in. It’s intended to feel like endless, repeating movement. It’s paranoia of freak accidents, coupled with the fear of what happens to your life when you’re not around to take care of it.

This song came about from my love of Boards Of Canada, which I’ve been listening to almost every day for years. I wanted to make a song that felt relaxed and happy (though with an undercurrent of something pent up needing release). Best heard stoned with friends.

Every Night My Teeth Are Falling Out

I used to have a lot of dreams about my teeth falling out, which I’m told are anxiety dreams (though people disagree about this). This isn’t really about anxiety so much as it is about making mistakes when drunk, seeing somebody you have a complicated history with, regretting that. Musically, it’s my guitar song, a love letter to George Harrison at the end of The Beatles. // Free MP3 via The National

Disorientation. The exact moment in which you suddenly realize you’re lost. We stretched that moment over two and a half minutes.

A song about trust and paranoia in love, a lack of the former and an excess of the latter. It sounds like a slowdance.

A kind of apology song, apologizing in advance for the way a relationship’s going to get snuffed out.

Putting The Dog To Sleep

A turning point in this band was the day we discovered that we all love classic soul songs. We learned this when we first started touring Hospice and it carried us all the way through recording Burst Apart, this song being the epitome of that shared discovery. “Putting The Dog To Sleep” is not literally about putting a dog down, but rather a song about reconciliation. In one sense, it’s about two people airing their grievances and moving on, learning to trust each other. In another, this is a song about my making peace with Hospice and the events that inspired it. It’s a song about moving on, forgiving without forgetting.