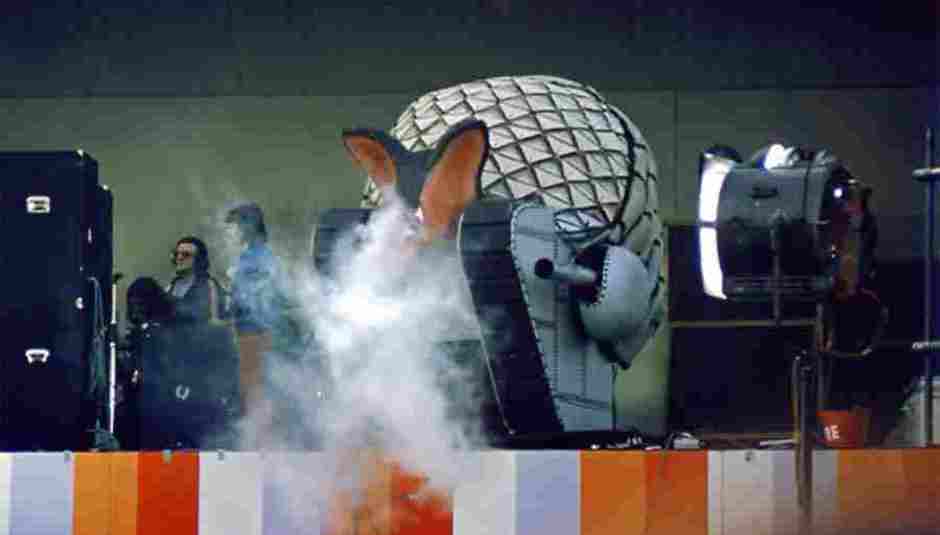 This week I sat down and listened to the whole of Emerson Lake and Palmer's Tarkus. On purpose. On the basis that nothing else on earth could ever be as dread, JAZZ or ackfing noodly, every song catalogued here deserves to win a really, really good prize. But we only award one - which goes this week goes to Here We Go Magic. They wouldn't make a whole album about an abominational half-armadillo / half-tank creature; they wouldn't call a song 'Bitches Crystal'.

Before I heard Here We Go Magic’s single I already had a favourite ‘Tulip'; a patootie-hoofing, no-messing raccoon from Rosemary Wells' Benjamin & Tulip, which is a book about messing with and being mean to someone you quite fancy. And even though this taught me everything I know with stuff on top when I was five, now I have another Tulip to make life better. I got it off of Here We Go Magic, they have borrowed it me with its stompy size twelves and its fulsome approach to layered harmonies and its reverby strums and its cascading flourishes that sound like guitar solos throwing themselves off somewhere really, really high. It even has one of those delightfully extravagant middle eights that idiots like me will >>FF to - precisely so that just as one is just getting off the bus it will be possible to step down into the world and onto the pavement with the requisite sashay and sass (02:45 if you wish to do likewise). You know, I love it when you get a funny feeling about a band; I came over all spooky cow and knew I would love Here We Go Magic; it was a self-fulfilling prophesy before I even took the round thing out of the plastic thing and put it in the white thing I am mostly chained to. This is the song I will play if I want woozy summer barbecues to happen in my woman-mind, I don't even mind its accursed psychedelics. Smashing.

Quite why Christian AIDS could not have gone the whole hog and called themselves something properly offensive I shall never know but I thought of a few things, I thought of a few things alright. As a band name it is hovering on the precipice of rank, offence-causing nitwittery but it does not go quite far enough; it is a plaster on a knee graze if you were to place it on the Vice Magazine Self Surgery Special Issue scale. As you can imagine, being someone who finds deliberate offence quite annoying if not actively pathetic, this did not endear Christian AIDS to me - even though in pointing out how irked I am, I fall right into their pesky trap. This being a Catch 22 of modern provocation we will move swiftly onto their song, which turns out to be - DAMN THEM - ruddy brilliant. Evoking all the fun of the modern night out, with its swooping throbs and boomeranging bass, it manages the neat trick of also sounding rather touching and calm. ‘Stay’ is softer and less naughty than first hearings would have you believe. So quite against my will I love Christian AIDS, even if I should never wear their t-shirt. And will not talk to you if you do.

I shan't lie, ‘Lose It’ is powerful stuff, it is pushing all my buttons with its quivery wavering vocals around which its escalating, plonky keyboards dance. The trouble is, it is the sort of record one feels compelled to analyse in a rather dread and cynical fashion. Partly because if it had been released two years ago (when one could not move for Korgs) one could argue it would have sunk, traceless. And partly because I cannot help wondering what would happen were you to play this - blind - to ‘people’ so they were not alerted to the familiar, trustworthy name of Domino. By ‘people’ I do of course mean ‘People Who Will Only Buy Pop Music On Indie Labels’. And by ‘People Who Will Only Buy Pop Music On Indie Labels’, I do of course mean ‘morons’. Of course, none of the preceding means I don’t like this single because it is ruddy hard not to. Also: some flipping amazing hair in this band.

When someone offers you a listen of a lady whose attitude to prosthetic noses is as willful as a Kidman playing a Woolf, you should always say yes - which is why I was rather excited about PlanningToRock; deliberately obscuring your natural identity and making yourself unpalatable is a good and brave move in these times of incredibly prescriptive and unfree beauty. There is a larger rant to be had here about how we consider ourselves free in the West - oh so clever in our wear what we want, do what we want liberated idyll - and yet conversely seem determined to impose more rules and restrictions on our physical form than ever; and this is why popstars who deliberately wang off in the other direction wearing bulbous, drinker's noses are flipping ace. Unfortunately, having written a femmist treatise in my head before even listening it was not altogether surprising to see PlanningToRock fail to live up to this Grand Ideal. Nobody could; but there is an ambition here I roundly applaud. In short: drama, angst, getting red on your wrists. It's not for me, but I wish it was.


Hey Wendy, would you like to review something that is probably sung in Swahili and could be about licking kittens - RIGHT ON THE BUM- for all you know? I mean, you are a vulgar unsophisticate and you probably will say something a bit xenophobic masked by get-out clauses and caveats because obviously it is important one hides the fact that one barely understands one’s own country, never mind the ones one never visits. I mean, of course I said yes, because I never think you should let a little bit of cultural insensitivity get in the way of cheap jokes about people who sing in foreign! The thing is, what with 'Cheza Ngoma' sounding like pure, untramelled joy, there is very little I need to say about it. You need it in your ears. Stuff it in them.


Y Niwl are impy sorts, I am fairly sure they could make their jolly Joe Meekalisms with guitars made out of old bits of damp cardboard and drums made of sponge puddings put upside down. There is a giddy carelessness to what they are doing and however indebted it might be, this does not seem to matter. All that said, ‘Undegsaith’ is bettered by b-side ‘Undegchwech’ which is the sort of song you put on if you wish to feel much cooler; you could use it as a soundtrack to getting ready and your outfit would definitely be the best outfit, you would definitely take your own picture in the mirror and you would definitely pose as if no one were watching but if there was someone watching that would be quite weird, like when girls take their boyfriends shopping; ‘What do you think?’ being the single most annoying thing I ever overhear in changing rooms. What I am saying here is that ‘Undegsaith’ is not quite in the same league as something like ‘Wyth’. But it is still ruddy good.

Clock Opera sound very like Elbow on 'Belongings' before they make like north easterners and come over all Futureheads. 'Belongings' seems to be the sort of song that wants quite hard to be full of portent and cut glass prettiness - and in a literal and aural sense, it is. But there is something the slightest bit unconvincing - as if they were trying to move you; poking you with a stick and then pointing at the tear on their cheek and pulling an extravagant sadface. It is a bit like when there is a Sad Bit on the news where one feels one ought to cry. But then one remembers one's own many important prabblems (overdraft, temporary parking permit, tricky bit of skin on one's finger that needs to come off), and promptly fannies orf to do something about them.

Vadoinmessico - 'Curling Up Your Spine' (Vado)

By far the most propulsive of this week's selection, the new-on-me and largely unspellable Vadoinmessico have a breathy excursion of galloping plucks which spin like a Victorian stroboscobe. It won't change your life entirely or get you a new girlfriend or buy you a house but it is as pleasingly dizzy and diverting as that makes it sound.


Wendy is on Twitter, here. This week she got given Jeff Wayne's WAR OF THE WEWLDS on vinyl and that is all she wants to talk about so shut up.