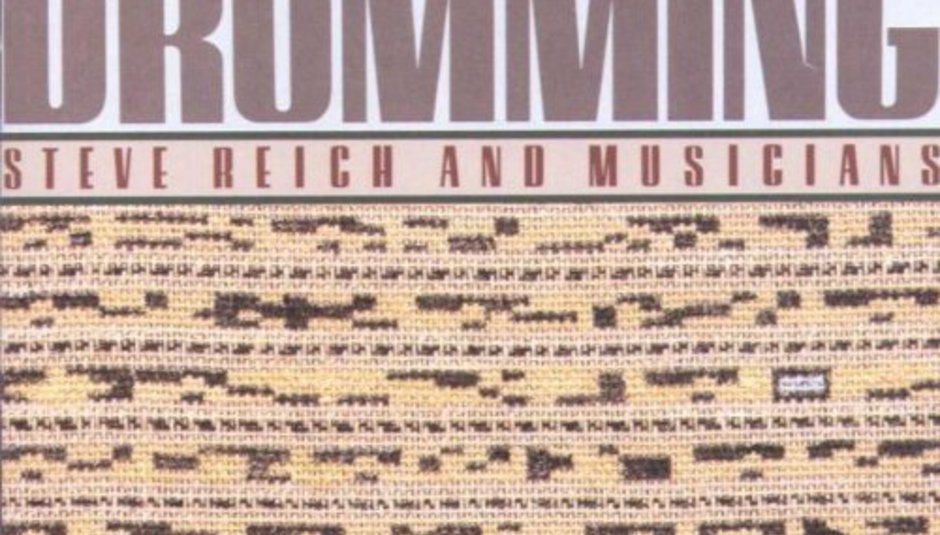 What with the modern world’s rapid-fire state, where an album can be released, downloaded, listened to and discarded within the space of a single day, it can be difficult to find the time to sit and give an entire piece the attention it deserves. That’s especially the case for Steve Reich’s music, which loses so much of its power when listened to fleetingly on the move, or on a fairly cheap pair of headphones. Drumming is a piece that demands the same undiluted focus of its listeners as it does its performers, rewarding careful listening with the sort of half-awake, half-asleep headspace one might usually associate with the perpetual click-clack of train wheels.

Live performance is the ideal way to experience it. Not only is the audience obliged to remain still and focus, but the resonance generated by interlocking tuned drums, marimba and glockenspiel produces over- and undertones almost impossible to detect on the recorded version. It’s like attempting to listen to bass-heavy dance music on a small home system: you get the general gist, but the music’s full physical force only becomes apparent in exactly the right conditions (in that case, through a massive set of club speakers and sub). So this evening’s performance of Drumming by the Colin Currie Group comes alive for its presence in a concert hall, each note more defined and the piece’s inner workings laid bare.

Ostensibly simple – at least in overall feel, and its arrangement into separate instrumental movements – listening to Drumming in the live arena emphasises its tonal and rhythmic complexity. During the opening movement, tuned drums shuffle seamlessly between 3/4 and 4/4 time signatures, the moments when these changes occur marked by dramatic shifts in phase. Each performer falls out of sync with the others for a few seconds at a time, producing the same barely restrained feeling of chaos that defines Reich’s early tape loop pieces. Each time they pull back together into a single rhythm once again the effort to do so sounds superhuman. The same structure runs through the rest of the piece, the second movement’s ascending marimba harmonies richly splashing colour onto a background of drone. By the time of the fourth movement, when every instrument comes into play, the intensity builds to almost unbearable level before an abrupt stop. It’s a dramatic performance of a dramatic piece, and the experience is immeasurably enhanced for being in the right setting.