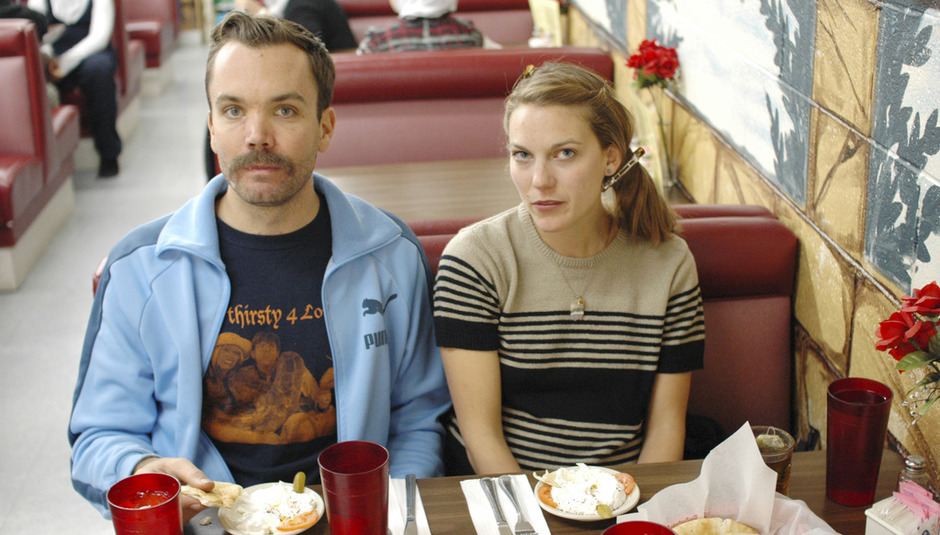 A Comfortable Outsider: DiS meets A Hawk and A Hacksaw

A Comfortable Outsider: DiS meets A Hawk and A Hacksaw

Ever since I first saw Jeremy Barnes perform as A Hawk and A Hacksaw in Nottingham's Bunker's Hill Inn I have kept a close eye on this group of his. At that point it was just a solo project, involving one man with a drum kit and accordion, playing cymbals with the drumsticks that were attached to his head. It was clear that his music was moving in a different direction to his earlier work with Bablicon and Neutral Milk Hotel.

In 2004 he met Heather Trost and A Hawk and a Hacksaw become a two-piece, decamping to Budapest, Hungary, which seemed to complete the direction in sound Barnes had been taking; the influence of Eastern European music was now unredoubtable. It's something they've explored considerably since, right up to Cervantine, released earlier this year.

I'd never spoken to Jeremy before and I wanted to know just why he loves Eastern European music so much. I thought I would work backwards though, so let's start at the end.

So, can you tell us a little about the new release, Cervantine? When was it recorded?

It was recorded between two tours we did in the US. We have a studio in Albuquerque where we live and we did it there.

And who plays on this one? There's definitely a new singer right?

We play with two English musicians, they're from Bradford; Chris and Stephanie. Steph sings and Chris plays the bouzouki, which is a Greek lute. Then a friend from Chicago plays trumpet and two friends from New Mexico play tuba and dumbek.

There's one thing I want to get straight before we start talking properly about your music. Can I call it Eastern European music or is this a tag that other people have attached to it?

You can call it Eastern European definitely.

Great! So, Eastern European music, how did it get such a hold of you?

I had been aware of Eastern European music for a while but when I moved back to Chicago in 1998 to play music there I lived in an area called the Ukrainian Village, which was filled with mostly migrants from Poland, Ukraine, Romania and Serbia. In the apartment block where I was staying everyone was from somewhere else, whether Ukraine or Poland or wherever, and I was immediately struck by the difference in smells; smelling people's cooking walking up to my flat, the sound of different languages, and all that. It got me intrigued, interested in the culture.

So, I started buying records at the thrift store down the street, buying old Romanian music. There was one in particular that had a sixties psychedelic cover with a man out in a pasture wearing a sheep's wool jacket and he had a clarinet in one hand and a baby in the other. It just struck me, so I bought it but didn't think to play it for a few months, I just bought it for the cover. When I finally put it on it blew me away! It was sort of an epiphany. It was the most beautiful melody I'd ever heard.

I've listened to your first record a lot [A Hawk and a Hacksaw, 2003] and although there is a strong influence of Eastern European music, it's nowhere near to the extent it is now. When did this encounter with Romanian music really began to have an effect?

The first record was a turning point. I was really interested in Romanian music but I was also listening to a lot of other stuff; 20th century composition, musique concrete, some stride piano like Pete Johnson or Jelly Roll Morton. There was a lot of big influences on that record.

After that I condensed it down a bit and really got more into the Hungarian and Romanian music.

How do you think this influence has manifested itself in your music. Do you see your music as a homage to Eastern European music?

It's not really a homage. It's with great respect and care for the culture. I'm always into the idea of doing something that reflects on who I am as an American. I'm not from Eastern Europe and the idea is not to just be a covers band. We occasionally do covers but try to do it in our own way, changing the instrumentation or arrangement and so on.

I'm wondering if you ever worry about misrepresenting the style of music you are playing. Ultimately, do you feel comfortable playing this style of music?

I always feel comfortable. There's still so much to learn about the music, but we're comfortable as A Hawk and a Hacksaw because it's just as much about us as people as it is about that music. It really is a singular thing. When we play with people from Romania they can understand what we're doing but they're also surprised. What is this song? Where is it from?

How do you think this works the other way round? Were the Hungarian musicians you worked with [like the Hun Hangár Ensemble] happy to be spreading their music, or at least a form of their music, to a new audience?

They were so happy to be embraced by the English crowds. They felt at home after the first few days. That's the wonderful thing about these cultural exchanges, when the music isn't diluted or turned into a fusion. It should be well thought-out. It's a big endeavor to make it work because it's easy to make it cheesy.

The world music industry seems so well-funded. It's completely alien to me.

It's strange how you make what could be defined as “world music” but still attract the indie kids...

I was one of those indie kids! Then I heard Romanian music and fell in love with it. So I know where they're coming from. I know they've got open minds. People can be disparaging to the hipsters and the indie scene but there are a lot of people there with open minds.

I know when I first saw you there was an element of people going to see the “one-man-band” concept. What's your audience like these days? I'm guessing it's changed a lot.

The audience has changed. The shows have gradually got a little bigger and now there's more of a wider audience, it's not just the indie rock kids who are going. Especially in New York and places like that we're getting more people from Bulgaria, Russia, Hungary, places like that.

What's the plan with your new record label, L.M. Dupli-cation [Cervantine is the first release on the label]. Are you planning to release lots more Eastern European music?

The plan is to release folk music, releases from Appalachia, Armenia, Azerbaijan, all kinds of places. Right now we're thinking about what the new release will be.

Okay, maybe we need to wrap it up there. Best of luck with the upcoming tour and the latest release, which is looking pretty nice by the way.

Well, the record is printed on recycled cardboard and we used a printing press from the 40s. It's an attempt to make something beautiful out of something that is becoming obsolete, i.e. CD's.

And that's where we left it. A Hawk and a Hacksaw are set to have a busy year. They will be partaking in Jeff Mangum's ATP where they will be performing a live soundtrack for the Russian film “Shadows of Forgotten Ancestors.” Before that though they will be on a UK tour this April on the following dates: