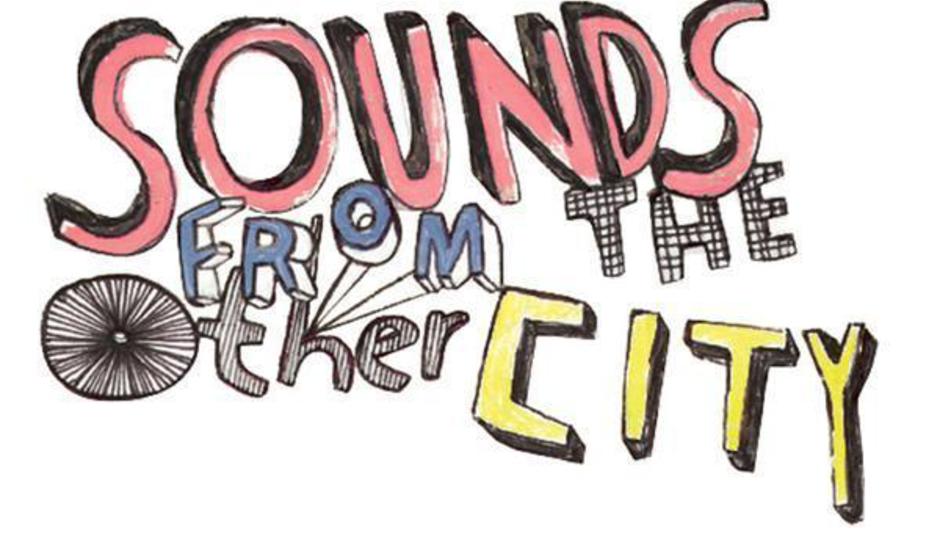 As this is being written, it is warm outside, there are minimal clouds in the sky and there are genuinely people wearing shorts, smiling whilst doing things as mundane as walking a dog. It’d be fair to say that Manchester is very much embracing the first blasts of alright weather – the shift in seasons also being the reason why regular writer Simon is away from the city. So whilst Mr. Catling does some lambing, the region carries on regardless, at apparently breakneck speed...

It’s easy to underestimate just how much an editor loves a bold press release, but the manner in which the announcement that Manchester has been given the title of the most vibrant live scene helps put it all into perspective. Never short of civic pride, the city’s venue owners, promoters and borderline alcoholics took to twitter to celebrate the deed – proof, once more, of the many ways that these rainy streets have a predetermined greatness about them, and how you’re all fools for not moving here in an instant.

It’s when you dig deeper (or dig at all) that the accolade falls slightly flat. PRS for music surveyed 3,000 people across the country - which, put into perspective, they could have done by simply making everyone who attends the forthcoming Olly Murs show at the Carling Apollo fill out a questionnaire. The fact that vast areas like Lancashire, Yorkshire and Derbyshire are grouped together degrades it slightly, too – but it’s the question itself that is most worrying. Poised with answering "Do you have enough local gigs in your area?". 77 per cent the polled Mancunians answered "Yes”. On another day, it could’ve just as easily been spun to show a region bored of the amount of shows it faces each week.

The truth is that this is a region that is disproportionately blessed with a great amount of gigs, and anyone with the energy could easily find themselves a great event on pretty much every night of the year. As well as having a producing a stupid amount of new talent – more on that later – there’s just as many people willing to risk their own money to put them on, one they regularly use. It’s beautiful, but probably unsustainable, but along with those 12 or so people who answered on behalf of Manchester, it’s best if we bask in its brilliance in the meantime.

THE MYSTIQUE BEGINS TO SLIP

Just as every new act in a 20 mile radius begins to be bitten by the bug of mystery and intrigue, WU LYF have started to strip away at the smoke and mirrors that have so far characterised their early career. In a bizarre, lengthy statement released through their official mailing list, they announced they’d signed a deal for publishing in the U.K. with Universal, doing pretty much everything themselves. Before, they felt like the epitome of cool, managing to be both aloof and arresting in everything they do. Now, they’ve started to become known for their ability to cringe: the aforementioned statement also declared that they wanted to follow the FC Barcelona model of being ‘more than a club’, done only hours after a slightly sickening video where they parade around with their tops off, like 16 year olds celebrating the end of their GCSEs doing karaoke to Kings of Leon. They’re talented, but can they get away with stay off message for much longer?

Luckily, there’s a new breed on the rise, ready to take their place. Christian AIDs only played their first show in March, and the fact that they played it to more people than headliner Former Ghosts said it all, with industry goons waiting to see what all the fuss was about. Deeply atmospheric synth and a masterful use of samples, the hit and miss stage show couldn’t hit the excellence of their tracks. A single is due out on Double Denim, with even bigger things planned after that.

Even lower down the ladder is Le Yeti who creates wildly experimental electronic stuff, utilising the symbols and aesthetic of his forerunners, whilst also trying to sell t-shirts through a syndicated site. It’s alright being underground, but something’s got to pay the bills – that said, there’ve been no reported sightings of anyone wearing their own tee yet, but eyes peeled...

As you might’ve guessed, there’s far too much to write about in full, so we’ll just stick to the 4 most special events of the next 2 months or so. For those looking for a fuller fixture list, Folly of Youth never fails to disappoint with his monthly listings guide and mixtape.

Sounds from the Other City at various venues – with Those Dancing Days, The Twilight Sad, Darren Hayman, Rainbow Arabia, D/R/U/G/S, Aidan Moffat and more May 1st, 3 p.m. onwards, £18 adv.

Not technically Manchester, but that barely even matters – one of the best days out of the past few summers is back again, bigger and better than ever. Killer line-up, as ever, but like all the best festivals this is about more than the bands you see, lolling about half-drunk on a street that’s 5 minutes away from Manchester town centre but feels as though it’s in another world. If the Old pint Pot is drank dry again, we can all consider it a day well spent.

Ghosting Season with Cloud Boat at Star and Garter, May 18th, £4 adv.

Somewhat of a rebirth of a much loved outfit – the new worriedaboutsatan project takes centre stage alongside James Blake endorsed Cloud Boat, who’ve spent their infancy being hyped about and being played by Gilles Peterson, which is no bad way to begin your life. Most notable, though, is that this is being played out at the seemingly perennially unfashionable Star and Garter, and hopefully gigs of this calibre could spark a turnaround. Maybe.

Having been lighting up the city with the best new sounds for quite a while, Now Wave have started to pick things up a gear of late. After putting on Wu Tang Clan and MF Doom last year, they’re taking to the Apollo to put on one of the best shows that the old picture house is likely to see this decade. Proven greats like Battles and Caribou are enough to justify the ticket price alone, but stick in Star Slinger and his ilk and you’ve got a night that could possibly go down in history. It already feels seminal, just looking at it.

Tom Vek, The Ruby Lounge: June 21st, tickets not yet on sale.

Only just announced this, but it’s sure to be one of the standout moments of the year for anyone who has had the past 6 years of their life punctuated by google searches to see what on earth Tom Vek has been up to. Turns out, he’s just been taking his own sweet time to get together a follow up release. Judging by the kind of reaction this one received when it was announced on twitter, tickets are going to be pretty hard to come by. Presale starts on April 19th – get your credit card ready in anticipation

There’s a new boutique label popping up out of nowhere every five minutes these days, and Manchester appears to be just as fertile a place to grow one as anywhere else. Gulf Records was launched in 2010, but have only really got around to letting anybody know about it in the past couple of months – which makes sense, as they’re putting out their debut release now. The 12” vinyl features two artists that have somehow managed to be overlooked thus far in the gold rush. Borland has been ticking away under the radar despite having an almost prodigious output that continually shows ingenuity, mixing bits of that whole Witch House scene with more typical, Four Tet style influences to create something that is much better than most of the acts hyped on every other blog.

From the Kites of San Quentin reach for somewhere near trip hop and just about manage it – the word ‘dystopian’ in their biography isn’t used out of context, either. They’ve come together to create this split EP, whose lack of hype can either be seen as the strength in depth of the city at the minute or as a sign of how little people are actually listening to. Highly recommended.

"One thing inspires the next thing"