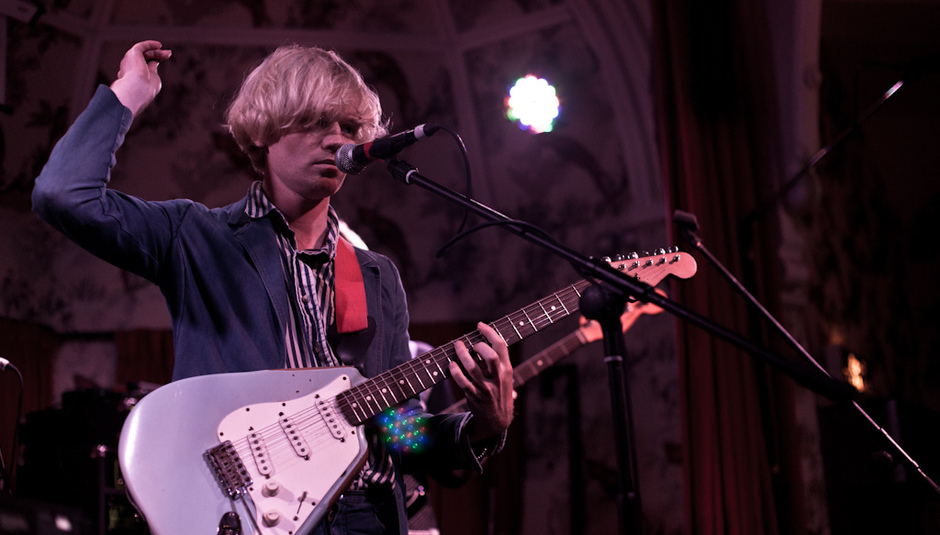 Spotifriday #84 - This week on DiS as a playlist ft. Eels, Friendly Fires, FaltyDL

Spotifriday #84 - This week on DiS as a playlist ft. Eels, Friendly Fires, FaltyDL

This week on DiS as a playlist, featuring tracks by Friendly Fires, Ra Ra Riot, Eels, FaltyDL, Timber Timbre and a few more. Click here to listen to it.

Yeah. St. Albans' finest anything, Friendly Fires, have a new album on the way and it's called Pala. Want some meaningful insight into what it actually is like, sounds like and well, whether it's worth getting into? Then read our first listen piece of the record, penned by editor Sean Adams.

The excellent Ra Ra Riot also have a new record on the way. That comes out in May. Unfortunately there are only three UK shows in their European tour, but if you're in one of those places I guess it's not too bad. There's also a free remix available, which you can get from here.

My spellchecker says that "choade" is unnacceptable. It also says that "unnacceptable" is unacceptable, partly because it's spelt incorrectly. But we all know that "choade" is a real word, don't we? Let's leave it at that and say not much more than blonde bombshell Connan Mockasin released his new record, Forever Dolphin Love, recently and our very positive review of it can be found here.

An interesting thing about Thomas Dolby is that he has absolutely nothing to do with Dolby Industries, the world-famous sound people. Y'know, Dolby Surround Sound and all that. Another thing is that Joe from Adam and Joe (who return to the radio very soon indeed) is a big fan. Granted, neither of those are especially interesting and you may find this review of Oceana more intellectually stimulating. Give it a go, eh?

Are there many bands with an impressive and large a back catalogue as The Mountain Goats. No, in short. We're not saying they are unrivalled in this regard, but they are fairly close to it. Their new record, All Eternals Sigh adds to that. Read our review here.

Now, I don't know much about binary code but I know what I like. And I like Gallops, the instrumentally-based blighters that they are. But how would you refer to this song if talking public(al)ly about it? Awkward, eh? Anyway, they played a DiS show over in Sheffield the other day and pictures from the event are now up. View them here.

Single of the Week alert no. 1. Wendy Roby had this to say about it: "If Taylor Kirk is going to hell, I am going with him, he knows the way. ‘Black Water’ is the first song from ‘Creep On Creepin' On’ - HANDS DOWN my favourite album so far this year; swamp music for the damned it is, slinkier than Audrey Horne dripping about in velvet and so utterly Fallen in the best (i.e. biblical) sense, you might start tempting those Apocalyptic horses with a sugar lump or two before saddling down the path to RACK and RUIN." Read more of her thoughts on this track here. Dead good, is it not?

Single of the Week alter no. 2. The Robytron got a bit excited this week - she's allowed - and gave two singles the coveted prize. This was the second of them, which she says "is very like hearing next door’s teenager getting all eggy at her parents - but set to some music that has no brakes on, and overall much easier to discern without recourse to a glass held up to the wall. Ridiculous, het-up and with a sense of momentum that would shame a steam train, Danielson are definitely not getting any shitter." Read more.

As we always say when we do these lists, it's great to have another armchair dancefloor column up. Rory Gibb is continuing the great job started by Chris Power what seems like all those years ago. FaltyDL's new record gets more than just a mention. Read the full thing here.

A world without Eels would be a much, much poorer place in my opinion. And I am of the opinion that this opinion is 100% correct. Good news, then, that they've just confirmed themselves for the Somerset House Summer Sessions along with some other acts like Lamb. Read the full-line up here.

So, and to the end. Yo La Tengo announced earlier this week that they were to play a tour with a difference. This involved a spin-the-wheel type scenario for the first 45 minutes of their set. One options was to play three-quarters-of-an-hour worth of songs where a woman's name is the title. This one counts, obviously.

Click here to listen to this week on DiS as a playlist edition #84 and here to browse through our expansive archive.