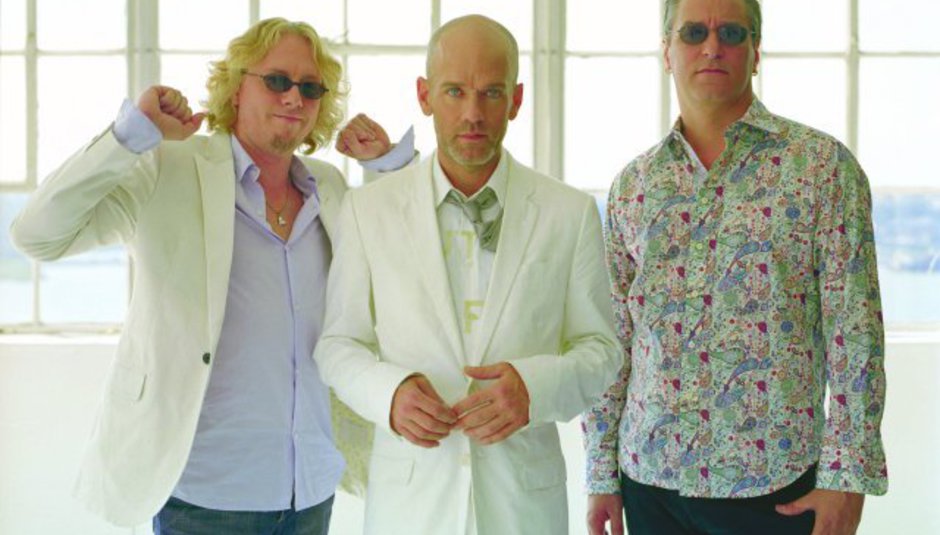 Spotifriday #81 - This Week on DiS as a playlist

Spotifriday #81 - This Week on DiS as a playlist

This week's Spotifriday playlist. Click here to listen to it.

Let's Wrestle announced the release date of their new record this week and you can download a track from that there article, too. It's called 'Dear John' and this song isn't it. But it does open with a reference to Part Chimp, which is encouraging, even though I'm pretty sure they no longer exist.

PJ Harvey's new record gets better with every listen, doesn't it? I mean, it's pretty high after the initial go, but there are hidden things that you pick up on after listen five or six. There's now a new 'video' type thing for 'This Glorious Land' which can be viewed here. Great track.

I keep saying it and I'm going to say it again. The new Three Trapped Tigers record is the best thing they've done. Without competition. It cannot be argued otherwise. We got a lovely little taste of it with the track 'Cramm' which can be downloaded for free. Head here for more details about it all.

This week also marked the return of Rory Gibb's armchair dancefloor column, which can be read here. Featured in it is Addison Groove who composed this wonderfully titled track called 'Footcrab'. Perhaps a bit jarring after that TTT track but that's just the sort of thing you need to wake you up.

This is a blast from the past, eh? Erlend Øye has moved on to new things since this track came out a long, long time ago. But has he put his voice to anything that's markedly better than this track. Probably, but this is still near the top.

Single of the Week, ennit. Says Wendy Roby: "Yes it is single of the week, because I love it the most, obviously, I think it is better than all the other singles that plopped onto my doormat with only the ceremony of a white jiffy bag to herald their ART. Last week I was driven to write two, possibly three, pointless pages for my pointless blog about just how tedious the response to James' album was. Then I realised that empty-headed prannets who thinks it is incumbent upon them to write idiotic, contrarian journalism about how they hate James Blake (because this definitely makes them interesting), are, in the general scheme of things, not really worth worrying about. I love James Blake, he is not perfect but lord only knows he is trying to do something novel, he brings me joy and let's face it there are lovers to kiss, roads to run, books to read and stars to gawp at. The collective Twitter feed of the brickbatters is, by comparison, tiny as dust."

7. Queens Of The Stone Age - 'Walkin' On The Sidewalks'

Not exactly a new one, either. This self-titled record by Queens of the Stone Age was reissued and you can read the review of that here. Good record, yeah.

Wild Palms, however, didn't fare so well with Stephen Paul Gettings describing the record thusly: "I'd like to say this is a record of extremes, but it's mostly an infuriatingly average affair with brief, merciful moments of complete awfulness. Limp and uninspiring, this is a disappointing effort considering the potential the band initially showed back in 2009. If progression is as integral to Wild Palms' attitude as their press implies, I hope that they mutate into a great album two in a few years time. Best of luck, guys." Shame.

Parts & Labor are kind of a law unto themselves in many ways. I don't really know just what it is they do, but it's different and quite good. Their new one is called Constant Future and it's more of the same and also a bit not the same. Read the review here.

Robyn has been a bit ill of late but she's largely soldiered on, including her recent show at London's Roundhouse which we reviewed here. We liked.

R.E.M's new record came out on Monday and is called Collapse Into Now. Andrzej Lukowski was a bit lukewarm on it for various reasons. Perhaps because this particular track sounds very much like a band trying to sound like R.E.M. They do it successfully enough but it does recall A LOT of other tracks.

Click here to listen to this Spotify playlist and here to browse through our archive.

For those of you not on Spotify you can listen to this playlist using the widget below...

Once more out of the darkness and int...