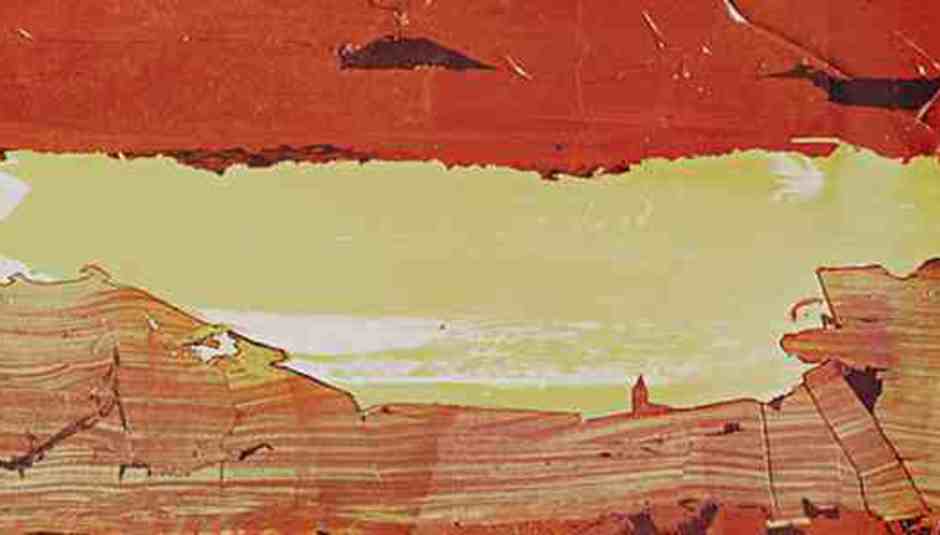 Crikey me, Wolf People know what they are doing, they have eaten all the corduroy as fast as the factories could brush it soft and turn it into flappy trousers so there is none left, there's no point popping into MadHouses to chance your arm because they won’t have any in. I mean, they are so good at this - even though they chinny reckon they come from Bedford/London/North Yorkshire, Midlands, UK and it is like, pletely obvious this is bullcrap - Wolf People do not come from Bedford/London/North Yorkshire, Midlands, UK, they live in a CANYON made of BROWN ROCK and they will whip your whiny, ballbearing-bottomed lily-livers into next Tuesday if you so much as QUARRELLE with their MANLY. DANG, goes the opening bar, DANG. And then there is a bit about how Silbury Sands is like time in our hands and how it makes lies of ordinary men; and they say all this without saying 'man' ONCE. Immediately after that they pull out the big guns; which is to say, enormous, wicked, howyousay 'riffs' - for which you should probably be sitting down. Or stuffing the nearest sock into your earhole, depending on how well you digest the music you humans call WIBBLE METAL.

Personally, I am lapping this stuff right up. You see, I think there is a difference and a line; retroism is all very well and I say this as someone with a penchant for olden day tat, old things are often more amusing than new ones, which is why my favourite tea-tray has six Royals on it and pretend basket weave to stop everything falling off of it. I do not, however, live in a house only stocked with old things, because I do not want to live there, say what you want about Joanie dresses but I could do without the nonconsensualisms of marriage Then and I could ruddy well do without the racialism and gay-hating; olden day people knew a thing or two about design but man alive, politically they were right bloody shits. So there is a difference, right, and it’s all about How Far You Take It and When To Stop.

However. Some wise dude once said there have to be exceptions to prove every rule, and that is where Wolf People come in, incense wafting off them like sauna steam. They get away with paying absolutely no heed whatsoever to Now, because they are well the flipping best at being old. But if you tell me they are 'prog' I am going to do a murder on myself.

Stealing Sheep are hopped up on speedy sweets and panda pops and want to sing you a song about feral dogs who live on the side of hills and don’t have daddies or mummies or anything. And it’s all rather incorrigible, over in seconds, nowt nasty happens. And yes, it is a little bit Folk Does The Chipmunks but this is twenny-leven and you are allowed; what care Stealing Sheep for your rules when there are perfect songs utterly deserving of the seven-inch format to be summoned up and slopped onto the shelves. Even though this has not been slopped, I am being unfortunate because actually care has been taken. There is no whopping out here either, I don't know why I mention this other than the fact that 'whop them out' is a favourite wrongphrase of mine. Basically you should probably buy this, it is good and also they look like really nice girls, which I am allowed to say because I am one too. GIRLS!

The Americans’ make rootin-tootin pop music on which people like Mr. Sean Lennon ('Requiem' above) or Daniel Merriweather (cursory warbling for about four bars, 'Try (Nobody Wants To)') appear. Perhaps Daniel could not make up his mind if he really wanted to be on a record by The Americans who have chosen to package their EP to make it look like a cross between the White Album and a packet of Marlboro fags, I have no idea why but it's not helping me, right, those Menthols are looking precisely as appealing this morning as they did six months ago when I began to quit them. And though there’s nothing wrong with what sounds are happening here - this White EP is undeniably amiable, right, amiable and very good-looking - it is also utterly anomalous; music with absolutely no corners whatsoever.

‘She’s my lady, I wanna wife her up,’ sing RSS, on this week’s wackiest single by miles and miles. And I don’t wish to dismiss them on a technicality, but strictly speaking, RSS, it don’t make no sense. You see, if I were to say I wanted to be ‘wifed up’ I think you could reasonably infer that I wanted a wife for myself; fetch my slippers Darling, Daddy's got lounging to do. And if a man - yes you, perhaps - if a man said, ‘Tell you what Roger, I’m well going to wife myself up today,’ I think you would conclude that he wanted a wife for hisself, it sounds like power-ups in video games. Also, however amusing the song there is something of the threat in that title; it has the air of a quote I remember from Hollywoodland's The Maltese Falcon, where Mr. Humphrey Bogart says to his ladyfoe, ‘When I slap you, you’ll take it and like it!’ I mean, I realise none of this is helpful or strictly relevant and that most of you will spin 'Wife Her Up' for precisely ten seconds before concluding this is simply Northshire humour - where darkness is Law, they make jokes that sting a bit up thar. And anyway, you were allowed to be beastly in the films back then. But since 'wife her up' is apparently in common usage, and as this pains me something awful, let’s take a moment to say well done, PROGRESS, you really are quite good. But also, can you come back for a minute, because I think you missed a bit.

Sin Fang - ‘Because Of The Blood’ (Morr Music)

Sin Fang spend about a minute at the beginning of ‘Because Of The Blood’ wafting around the studio like Dicky Attenborough in Jurassic Park, money ain't no thing to them and mixing desks can be purloined for peanuts. It is as if they are ambling past the mic and occasionally breathing on it before changing their minds and doing something less boring instead. Now, either this makes the surprise of the song proper - which happens at 1:15 - all the more lovely, or it is just a clever ruse to create some song space in which their musical happenings can musically happen. Either way, when they effing well get on with it ‘Because Of The Blood’ is really rather happy-making; layers of tissue paper heaped on layers of netting (it is delicate, DOYOUSEE). Or, you know, girls singing and then boys singing and then guitars playing gently and then twinkles going twinkle and then handbells going jingle to make what I believe is called a song. Don’t make me call it folk pop, I no wanna.

In case you were wondering and even if you were not, Piney Gir makes the least cynical country pop music in all of Christendom and you can’t stop her, she would still barrel along in her delightfully untroubled way, even if you stopped her and wiped all of a Groggs cheese and onion down her best party frock. ‘Wendy, have you been in Groggs lately? They have got massive wooden monoliths on the walls, it is well mental.’ / ‘Actually, I think you’ll find I was in there on Saturday, I got Groggs all over my face which was well dread but the youth who served me – at an absolute snail’s pace, mind, I swear they are sedated - nearly fainted when I said thank you. Loads of kids in there.’ Don't be jealous of my life, everyone, maybe one day yours can be as amazing, steak slice, sausage roll, ham turnover, egg lattice.

Had I compiled this week’s column any earlier, I would almost certainly have asked the man for a lyrics sheet for Eagulls; who are presumably so-named because they are grand as prey birds but common as sea pigeons. Because with a title like this, I was almost definitely hoping for a paean to the welfare state; a song about how rare and extraorder it is that we support the less fortunate among us, all that lovely. Anyhoo, as Eagulls are young and modern and making the sort of squally racket where discernible lyrics are not the point, and as they hit their stride at about 02:25 when they make chiming strums in a minor key that make smiles happen in the general area of my fizzog, it turns out it doesn’t matter. But 'Council Estate Blues' better not be a massive load of wingeing about how grim their one-bed is, or I will get very angry. You know, suddenly I am put in mind of Noah Claypole and how he addressed annoying little git Oliver as ‘Work’us’. No idea why. Kooky.

According to my sources (all two of them) Frankie & The Heartstrings are the nicest of coves, they deserve it because they are not horrid. I am quite happy with this as a system for bestowing fame and fortune - even if their records don’t work on me, I don’t have the circuits. You may though. And they are nice - like, two different people I hardly know told me so. If you are happy for me to extrapolate, this means 100% of the people I know who know or have had something to do with Frankie & The Heartstrings say they are nice. Somethingsomethingsomething about statistics. Also, good videothing.

Wendy is on Twitter, here. This week she is going to By:Larm in Oslo where she has been told they are having the 'coldest winter in a thousand years'. She will believe literally anything you tell her, go on, try.