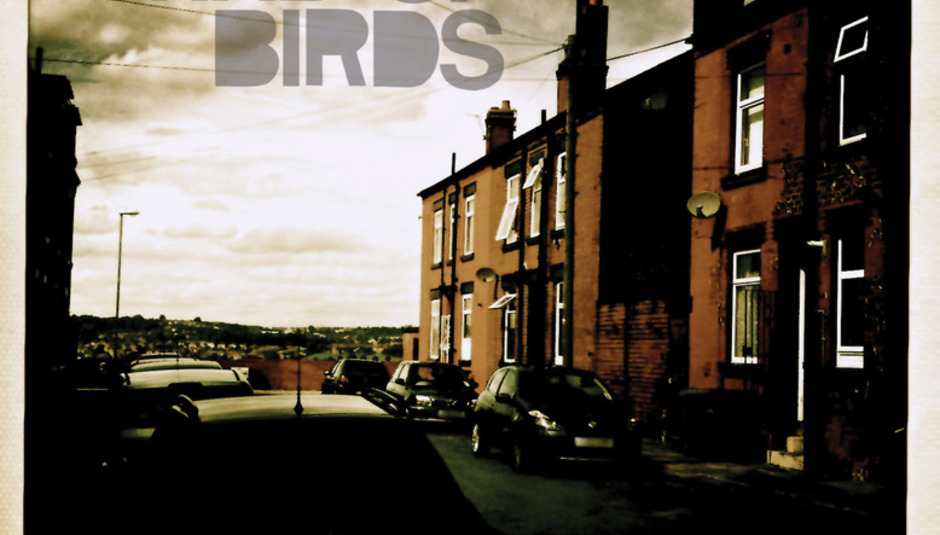 Installment number five of our local scene guide from our DiS scribe in Leeds...

I’m proud to say that Leeds’ music scene entered the new decade in great shape, although the charts may not currently bear witness to much of the output, there’s definitely a torrent of creativity within the city. We have an abundance of promoters, labels, and venues all working in beautiful cohesion - perhaps more than ever before. Free local publications such as Vibrations, No-Title and Niche Homo are all going strong - with many enthusiastic contributors offering their take on musical goings on whilst being far removed from succumbing to any pressure to mention certain bands to shift copies or fill advertising space. Unlike many other cities, we are fortunate to be blessed with two great independent record shops thanks to Jumbo and Crash Records, still essential stops on any visit into town. Perhaps most importantly though, we remain spoilt for choice by a vast pool of inventive musical talent, and with so many potentially great releases from local artists due this year there's no reason why it couldn’t become another vintage period for the city.

Towards the end of the year whilst everyone was busy making lists and listening to bad Christmas covers The Wind-Up Birds released a blinding four track EP named Courage, For Tomorrow Will Be Worse. Their lyrics are laden with angsty observations and political disillusion delivered without ever sounding trite. Opener 'Good Shop Shuts' tackles the Walmart effect and the demise of the independent shop, lamenting those who only buy their CDs from Tesco. It’s available now on Sturdy Records, seek it out.

Various Cruelties are a new band formed by local lad Liam O'Donnell. They recently released their debut single 'If It Wasn't For You'. The A-side is a big song that finely demonstrates the strength in frontman Liam’s distinctive soulful voice. B-side ’Cold As You’ is a more upbeat brassy number, driven along by some bouncy bass work. Their glorious pop sensibilities haven't gone unnoticed either as the release has quickly gathered a large amount of praise from DJs and musos across the blogosphere. Hopefully we’ll be hearing a lot more from them this year.

Sketches are well known in Leeds for being a fine live band, all incredibly proficient with their instruments and with the songs to boot - their recent launch gig for new single ‘Father’s Son’ was no exception. Recorded with Richard Formby of Wild Beast’s Two Dancers fame, the melodic lead track is a concise but incredibly catchy affair. Musically there appears to be influences drawn from the likes such as Foals and British Sea Power, but like Various Cruelties they are distinguishable from other bands by the strong vocals - provided by frontman Luke Rodgers’ beautiful, crisp voice. Have a listen to the single below:

A late addition to this column is Double Muscle, a trio whose bandcamp I stumbled across last week. I got hooked on streaming their recent Jail EP on a loop, and since acquiring it on CD from Best Enemies Records it’s going to take something special to dislodge it from my stereo. Like many Leeds bands recently there is evidence of a love for mid 90s US college rock in their scuzzy lo-fi recordings. Opener 'Jail' is a moody piece of work, where several relentless riffs carry gruff aggressive howls. 'Bore' does nothing of the sought, as it spends two minutes burning towards a frenetic, blissful crescendo.

2011 sees Jonny Strangeways celebrate 10 years of DJ-ing and promotion on the Leeds scene. Jonny has been responsible for bringing legions of cult heroes to Leeds and it's often his gigs that are the most talked about. In honour of this milestone he has smashed it with the bookings this Spring; The Primitives, No Joy, Nodzzz, Chain and the Gang, The Babies, Crystal Stilts and Dean Wareham playing Galaxy 500, will all be coming to Leeds. Full details are here.

Another notable promoter of underground bands in Leeds is Adam Nodwell, who also celebrates an anniversary this year with the 5th annual British Wildlife Festival. It will incorporate four venues across four days, beginning on Thursday 3rd March, I'd recommend viewing the line-up here (http://britishwildlifefestival.blogspot.com), as there's such a breadth of artists onboard. Saturday is headlined by Three Trapped Tigers, Kong, and local favourites Vessels who’ll be showing off songs from they're forthcoming new album 'Helioscope', due for release on March 21st (listen to a preview here).

On Saturday 26th March, beloved hangout, The Packhorse hosts the second ‘The Big Horse Party’. Expect an eclectic line-up featuring a mix of established Leeds favourites and some of the most interesting new artists. Last year’s was great fun, so don’t expect tickets to hang about for long as the billing this year could top it. So far it includes Sky Larkin, Paul Thomas Saunders, Yonderboy, Lose Talk Costs lives, That Fucking Tank, and the aforementioned Double Muscle. There’s plenty more to be announced so add the facebook event here.

Live At Leeds have just announced the first acts for their bank holiday festivities too, with many of the best local names joined by the likes of The Young Knives, Slow Club and Anna Calvi. There’s lot more bands to be added though, so keep an eye on their website.

An Interview with Brew Records

Started in a Hyde Park bedroom circa 2007, Brew Records' reputation rapidly spread beyond West Yorkshire as champions of some of the finest alternative. In the last few years Simon Glacken and Thomas Bellhouse have developed Brew to become one of the first stops for all things noisy, and a label treasured by music fans nationwide. Last year they released albums from some of the city’s heaviest bands through Chickenhawk, These Monsters and Castrovalva as well as Kong from across the Pennines. Their activities aren’t just limited to releasing records either; they regularly promote gigs in Leeds to enthusiastic audiences. I had a quick chat with co-founder Simon:

Brew Records have been going since 2007, how did you come to be in existence and did you envisage getting this far?

Myself and Thomas Bellhouse decided we wanted to do the whole label thing as there were so many great bands about, especially in Leeds, making a lot of noise. We received a grant for our first release, meaning it took away that initial fear of risking a lot of money that might put people off from making an idea into a reality.

I've always seen it as a long term thing but the growth of some of our bands and the things they have done has gone beyond our expectations.

*What have been the highest and lowest moments since beginning the label? *

One of the highlights was going from putting on small shows with local bands to selling out the Brudenell with Mono, all the way from Japan. Getting to put on the likes of Wolves in the Throne Room, Red Sparrows and Torche has been an honour as well.

Labelwise, seeing Kong and Chickenhawk tour with the likes of 65daysofstatic and Alexisonfire has been pretty amazing. Kong are off to Japan in a few day as well so that is totally beyond any of our expectations. Not sure how we'll top that in the rest of 2011. Maybe get a band on the moon or something.

Lows would be pressing plants messing up on orders so you end up with a load of records that don't look how they are meant to. General industry bullshit can be pretty depressing as well.

How would you describe the music scene in Leeds? Has it been a help or a hindrance to the labels growth?

Leeds is a great city for doing this sort of thing and in the early days we received a lot of support and help from other label people such as Rich Knox at Gizeh records. I don't think we've ever felt restricted when trying to do what we do. Sometimes you get a bit lost but there are always people around that have helped advise and guide us, which is a benefit of living in a city with such a great scene.

Musically Leeds is very very healthy. Lots of promoters bringing in amazing touring bands, some ace venues, lots of great photographers and film makers, events like Live At Leeds and Brainwash Festival not to mention a wealth of bands. Of course for every great band there are about 10 crap ones but that's natural in any music scene.

Well we've got a couple of releases that are pretty much confirmed. The first is a split record we're doing with the guys at Dance to the Radio. It's going to feature Chickenhawk, Castrovalva, Blacklisters and Dolphins. That is hopefully coming out in March. Then in May, we're doing a split 10" featuring Kong, Castrovalva, That Fucking Tank and Shield Your Eyes. All four tracks are amazing and the artwork is bonkers.

Other releases planned are new albums by Kong, Castrovalva and Chickenhawk sometime in 2011. These Monsters are morphing their sound at the moment as well so it'll be interesting to see what they come up with as a 3 piece. We'll also be adding a new band or two to our roster as well.