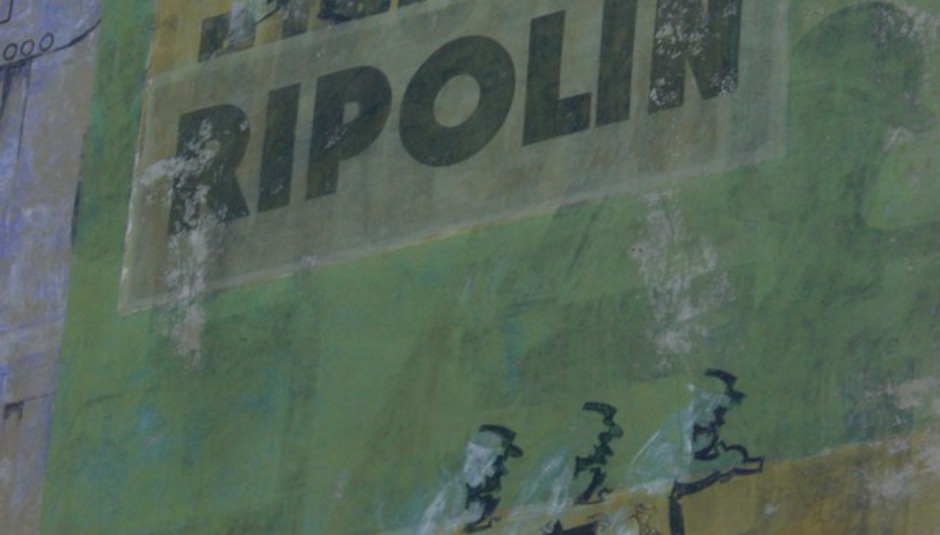 The last day of Les Trans will be a day of meetings and re-meetings. But by day three I know how to play this thing. Judiciously timed disco naps, galettes saucisses, coffee and lady smuggling will be key today, all of which will largely explain how I do finally end up meeting (and making a massive tit of myself in front of) this guy: Until such embarrassment, there is Dominique Young Unique, reprahzenting for the yoo-kay and a slinky slip of a thing performing in spray-on bleached denim. DYU is quite shouty and impossibly perky but she is very pleasing, you are reminded of Downtown Records and the likes of Amanda Blank which is a good thing. The trouble here is me, I have written down the word ‘vibes’ and am wondering if slapping oneself in public is allowed in France. ‘Elle est fou!’ they will say, as Dominique’s sparse and tinny beats prod on, and someone of inderminate sex in shiny harem trousers and a gaping, loose-necked top plays the keyboards.

I write down something very provincial about the men of London and their new-found fondness for v-necks with nothing on underneath. ‘This look used to be the preserve of Ken Masters out of Howard’s Way and I am not sure I am down with it,’ I think. But then I realise I am meant to be a Professional Music Writer, so I make myself decide upon one word to describe Dominique Young Unique. In the end, it is ‘vim’.

Next it is Theo Gravil, who will be my entertainment until international saucebucket and pervyman Matthew Dear comes on. And it is either the cheap plonk I have necked or he really is very good at endless techno, because I am reminded of my misspent youth in quite the most delightful way as the crowds start to gather. Sometimes when you read about the 90s in the press you feel it has missed what happened to you - where is my youth amongst all these words on the page and THAT’S NOT HOW IT WAS. But then you remember that a few berks in the capital not knowing and therefore not writing about what was happening at your end of the country in 1995 is hardly exceptional, and it doesn’t matter, because my_ youth and _my techno was still brilliant.

Then Matthew Dear arrives and he has a nice suit on, he is smart like a Ronson and chillingly sexy like Numan. And as another pointlessly uncommunicative backdrop of geometric design morphs and blares behind him, there is some delicious synthetic brass, some ponderous, manly electro (mantro? No.) and the gathering atmosphere of something vaguely military. Maybe it is the portent communicated by the enormous, dubby feedback, maybe it is the hangorz again. Either way, Matthew Dear is ace. 'I’m your monkey sleeping in your monkey tree,' he sings, swivelling his hips behind the keyboards. And I write down something that looks now - as I read it back - like ‘tambourine as physical penetration’. But which I realise, on closer inspection, actually says ‘tambourine punctuation’. Far less awkward and painful.

And then it is Janelle Monae. Having seen her introduced - as if by Dog! - earlier in the year, when lightning heralded her arrival on stage and summer rain tipped it down as if the very skies approved, I know it will be hard to beat the first time I saw her. And so even though I am trying to stop my brain from its incessant, is-this-is-as-good-as-last-time Tourettes, I sort of can’t, because the sound isn’t wonderful, and it takes about 20 minutes before things settle.

But of course, when they do, she is staggering. Later someone will get all silly and say ‘I felt like I was in the presence of SOMETHING’ and I will smile because I love music that provokes this reaction, and I love how ‘Smile’ is the perfect song for a tour, because it comes just as I am thinking what it must be like to make an album like The Archandroid, and then to have to play it again and again and again and how do you keep it fresh? ‘Smile, as your heart is breaking, smile, even though it’s aching’ sings Janelle, and as you can imagine, there is deserved reverence; however you, she or I are feeling that song will work, because it is about carrying on regardless.

The last two things I see at Les Trans are perfect cherries. First is Roky Erickson. And he is singing about a two legged dog or ‘dawg’ which compels me to sing a song from Sesame Street my sister and I were mildly obsessed with as children. It goes:

So I sing it to the edification of precisely no one. Then it is back to Roky, and though I can’t discern the other layers present in what he does, I just know I love him. I mean, it goes without saying that he is a super old, super massive, Brian Blessed-sized dude playing super old-time songs; and that his voice sounds perpetually afflicted by the sort of germs modern antiseptic sprays cannot kill. But his twang is heaven. In fact, one of our party is so in thrall to Roky he announces that he wants to meet him and call him ‘Dad’. Which is why, when Roky has finished, we all decide this MUST HAPPEN.

Our envoye speciale takes us through the barriers that usually stop idiots like us from bothering the talent, we are brazen, fuelled by vodka I have smuggled in inside a make up bag. All weekend I have been cursing my bag, why is there so much in it, why must I take all my things around with me like a snail lady, but on the last night it proves its worth; no security guard is going to check all that. And so this is partly how we end up chasing Roky Erickson to his van, pleasecanwehaveapicture and thismanmustcallhimfather, and thisislikeStarWarsorsomething. And it happens, one man says (I am guessing) I LOVE YOU and another man says THANKS.

This also means we are now in the area where famous musicians happen, which is when I spy Gonjasufi.

‘Shall I go and tell Gonjasufi that I love him?’
‘Yes, yes, yes, you MUST.’
‘No I am too scared, look he is King of the Hippies it is not safe.’

Gonjasufi disappears into a makeshift cabin. Our envoye speciale will have no truck with my fear. We run to the cabin. And as soon as I am in front of him, I don’t know what to say. But it is too late for eloquence, so I go with this in one breath:

This then leads to an explanation of what the word ‘pash’ means and something something something about Graham Greene and Songs To Do It To, whereupon The Gaslamp Killer chips in – quite rightly – to ask exactly which song I am on about.

And then we watch him and it is the first thing I watch without making notes, because it is enough just to enjoy his swirl, stood on some speakers and with coats flung off because for the first time all weekend we are hot. He is brilliant, maddening, indistinct and basically crazy and I am very happy indeed.

In fact, the only thing that needs to happen now is to find out what happened to bloody-headed man from night one, who wiped his insides all over my coat. But oh look, here he is! And here we are! All friends now. ‘I fell into a speaker stack!’ says our new French friend, ‘Did I get blood on your coat?’. ‘No, it is alright,’ I say, ‘you were just a little carried away. So are we. Just a little carried away.’