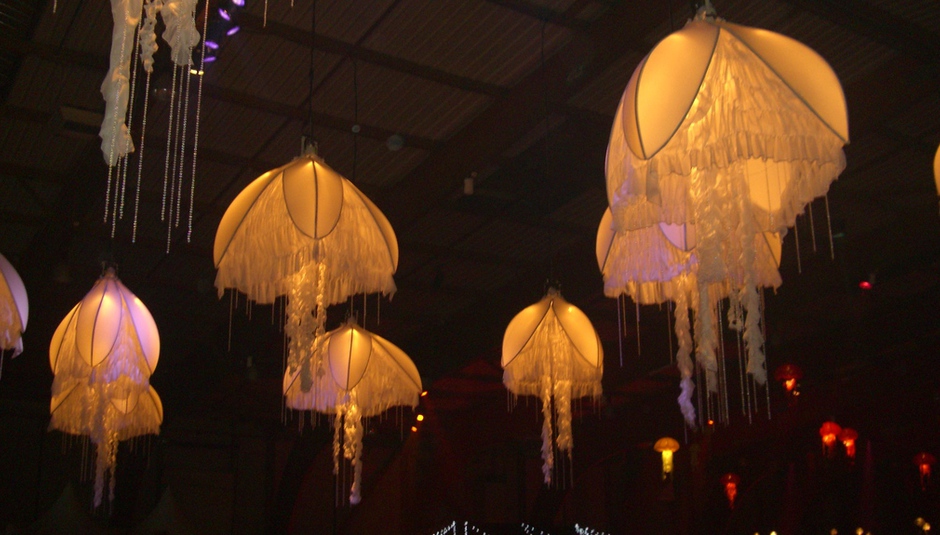 To get to Trans Musicales, you have to go on a train that goes under the sea but does not even get wet. Before we have been on it for five minutes, there has been a lot of chat in our party about bandsbandsbandsbandsbandsBANDS. And as there are hactual hexperts on French music in our party, I am a bit worried about my qualifications, and the fact that I always call any Gallic single in my column ‘The French Entry’.

‘Must also stop referring to the continentals as ‘The Continentals’ as if it is automatically amusing,’ I think to myself. And then I read a bit of Philip Roth which has got a NAKED LADY on the cover. Which has been packed with the express purpose of attracting sexy Fronch men when I sit outside cafes; drinking my au lait and trying to look well chouette.

After the magical undersea train it is a short hop across Paris to Montparnasse where another, enviously comfortable and punctual train will take us the other two and a half hours to Rennes, in Brittany. We arrive, and although it is perishingly cold, the sky is that delightful wintry, crispy blue. A long avenue stretches ahead, and it is lined with trees that have been netted to look like cartoon trees. Even though I am looking at them, mainly I am thinking about this guy: …and the fact that in a matter of days I will be in front of him, while he plays he crazy album for the pleasure of we masses. I am VERY excited.

After wristbands have been collected, I am tasked with ‘helping’ a class of French younglings by answering their questions about music journalism. One of them is literally about yay high and looks terrified when I ask him to repeat his question, but he has been too quiet and shrinky. The temptation to say ‘DUURRRR YOUR ENGLISH IS RUBBISH!’ is quite strong. I also think I forget to tell them there is no money in music journalism; a grand omission.

We walk through cobbled market squares to get to Bars en Trans, the mini festival that runs alongside the main event. By the time we get there I estimate we have seen about 174,987 fairy lights, and it has a warming effect on my admittedly sepia heart, I love this town already. Partly because a lot of it looks like this: Bars en Trans is held in tiny drinking dens with chalkboards and backrooms and which are wall-papered in books (there are glass cases full of them), and many also have charcuterie laid out on wooden slats on the bar. You know, in case it has been 15 minutes since you last ate some pig or cow. And so, as the smell of Pastis wafts I am reminded why I love the French; no opportunity to make a civilized thing more civilized is lost on them. The other good thing about Bars en Trans, of course, is that the bars are small, so there is heaps of body heat. It may be toe-numbing outside - but in here, as we listen to our first bit of music – someone called Marie Flore, who is doing a nice line in Regina Spektor’s quieter moments; breathy, stacatto and sparse – all is toasty.

After a short disco nap, it is the night proper and I am Magnetic Man-bound. Held in the old airport, the main acts appearing at Les Trans will perform in immense aircraft hangorz, and to get there you have to get the bus. It is a bit of a trek, but is made less trek-like what with spirited French young people being quite the anthropology study. Indeed, I have been sat down for less than 2 minutes when a girl plonks down next to me and starts to stroke my coat. I mean, she would be right to - it is an absurd white fur - but when I look into her eyes I see crazy there, and it is drug crazy, the sort of crazy it is possible to discern when you are sober and all around you are not. So this girl, she is shitfaced, and I do not lie when I say there is foam on her lips. Strangely, it also turns out she is from Essex. So as her accents swings between Britanny and Brentwood in a charming fashion, we spend the next 30 minutes on the bus doing this: Now, those of you who do not need to go to Specsavers will have already spied this at the centre of our circular conversation: …and it is vodka that rescues this situation, which should in fact be dread. Six ratfinked French teenagers and me, bonding over Magnetic Man, them so high they tell me I am beautiful and loved, and all of us sharing supermarket vodka which tastes foul but puts pink on our cheeks. They say I can stay with them till I find my friends; they say I can stay with them forever.

We part ways as soon as the bus stops. Albeit with enthusiastic hugs.

All of this, of course, is a marvellous prelude to what follows. First is Lady Late, a French drum’n’basser who restores our faith in the genre. And then, Magnetic Man.

Benga, Skream and Artwork take to the stage and they really are just three dudes behind laptops; oho, are they playing Minesweeper, and oho, three macbooks is not three cellos. But it’s also resolutely not like that, as pin spot lasers in green and white halo out from behind them like marvellous, interplanetary rays. MC Sgt. Pokes tells us all to put our lighters up which is a good idea, this is France, and bliddy everyone smokes. I notice; a man making arcane hand signals above his lead like semaphore (this being a hangar, I decide this is Appropriate Raving); the obligatory crusty girl wearing everything baggy, swaying regardless of the tempo, hands splayed out by her sides; and finally, Oliver Jones – who I reckon is the most larks one out of Magnetic Man. Mainly because he DJs one-handed, waving with one arm while the other twiddles and mainly because he breaks off from whatever it is he is doing to offer what looks like brandy to the front row. The bass is maddening, I have already told someone off today for moaning about MM having made a pop album (it is not a flipping crime), and then they do ‘I Need Air’ and I am tall enough to put my hand in the lasers, so can we go home now, that is enough for me.

But we don’t. Instead we go and see Toxic Avenger. Who have ponderous, chiming keys and wavering guitar lines and who have a drummer who has the same moves as Him out of McFly, despite being dressed like a proper indie. And though they sound like a supervillain they are in fact a band. But a band so French they perform in front of letters made of neon. Red neon. That spell out the word ANGST. And they are also apparently hip-hop, which makes for a heady mix I am still thinking about while we queue for the bus, fluffy white coat back on. And then a man is rubbing his face on the fur which is sort of hilarious until we see his forehead has blood on it. I feel like a walking advertisement for Peta, and it is quite enough for one day.