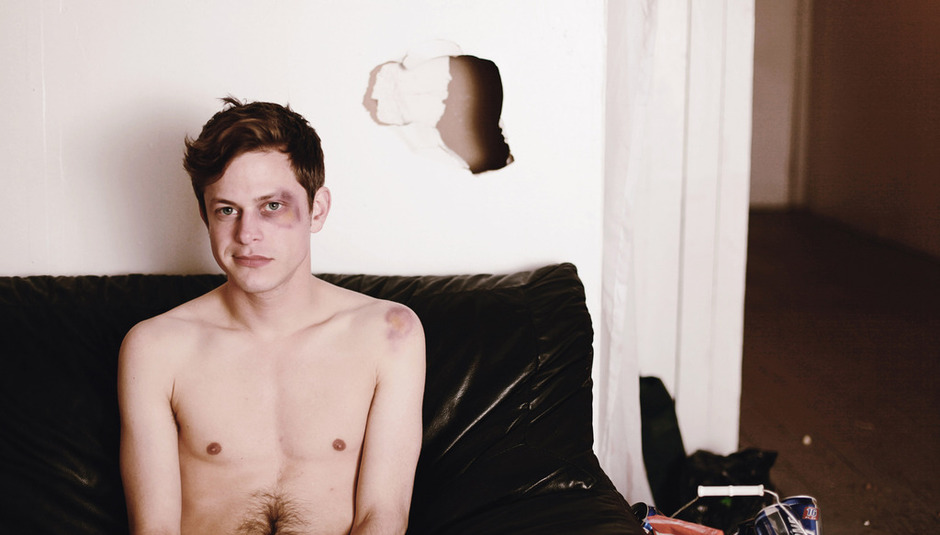 Listen to this week's Spotifriday playlist, featuring a whole lot from our end of year content and more, including LCD Soundsystem, Shearwater, Gang Of Four, Deftones, Joy Division, Dirty Projectors and, of course, more. Click here to get it.

Also, you can get DiS' November playlist, best of the year playlists and more on the official Spotify blog, here.

Hopefully you noticed that this past week (OK, AND the week before) we started running our end of year content, culminating in the Top 10 last Saturday. James Murphy and LCD Soundsystem made the cut once again with This Is Happening, which featured at number 9. Click here to read the Top 10 of that list. This is the opening track of that record.

Shearwater's The Golden Archipelago also made an appearance in that list, although it could arguably also be in the Great Lost Records of 2010, so much so did it get overlooked and also underrated. It popped up at 7 in our list, which again, you can read here.

It's fun to change the lyrics of this song to suit the England cricketing batsman Kevin Pietersen, although that kind of overlooks the significance of the quite brilliant lyrics. Again, another one from the end of year lists, we found ourselves getting obsessed by Perfume Genius over the last few weeks and revelling in the album's fragile beauty, always teetering on the edge of breakdown.

Yes. We named Emeralds' Does It Look Like I'm Here? our album of the year, which went down reasonably well, actually. Of course there were people who claimed that it wasn't "album of the year" material, but what do they know, we're the ones that make the list, so we'll do the judging. One of our writers also pointed out that it's incorrectly tagged on Spotify as "The Emeralds", which is also the name of a band who did this song. It's the Birdie Song, yes.

In many, many ways it's great that Gang Of Four are still around, especially when they end up making a new album and also talk an awful lot about the process behind making the cover art or that new album. I'm not entirely sure I understand much of what Andy Gill is going on about, but it sounds like there's some underlying concept. Even if there isn't.

Superwoman (some would have you think) Janelle Monae has had QUITE thw year. Now she's making good on her fantastic album and coming back to the UK for a series of shows in 2011. That's not as far away as it seems. Read about the shows here. Sorry Wales, you don't get a show. Better luck next time.

Although it is coming towards the end of the year, we do still have features to run and bands are indeed still doing interviews with us, which is nice. This week we ran an interview of Texans Spoon who were in town recently for a show at the Shepherd's Bush Empire. It was good.

Some may have regarded Deftones' Diamond Eyes as a surprise inclusion in our End of Year Top 10. That's as maybe, but it really does deserve the attention drawn to it and for people to be aware that this band are still very near the peak of their game. That's a very high peak, I remind you.

We also managed to grab some interview with CyberPunk Alec Empire in an incredibly in-depth piece by DiS stalwart Dom Gourlay. Read it here. Always getting Alec Eiffel and Alec Empire mixed up? Or is that just me?

If you don't think this Joy Division album has the best title of all time then you are, I am 'fraid, completely and utterly wrong. +-

...mind you, Hype Williams' new record gives it a good run. It's called Find Out What Happens When People Stop Being Polite, And Start Gettin' Reel. Comes just short, though.

12. Dirty Projectors - 'As I Went Out One Morning'

SINGLE OF THE WEEK, this one. Wendy Roby says this: "In the very wonderful Election, teenage girl-mistake Tracy Flick is possessed of the sort of terrifying, out-of-my-way ambition I remember almost fondly from my days in telly. And even though Reese Witherspoon does a fine job of pointing her pointy features into the air and business of other people, the filmmakers choose to demonstrate her careerist mania by using war-cry noises. And they just happen to sound exactly like the ladyvocals on ‘As I Went Out One Morning’. EHHHHHHHHHHHHH, is what the women of Dirty Projectors are singing, simultaneously discordant and harmonious, EHHHHHHHHHHHH, and it is a fine noise, as odd and as troubling a sound as people with more determination than EHHHHHHHHHH talent. Really, seriously though now, you watch out for these uckfers, they are poison." Yes.

Click here to listen to this week's Spotifriday playlist and here to browse through our extensive archive of them, on many a theme!