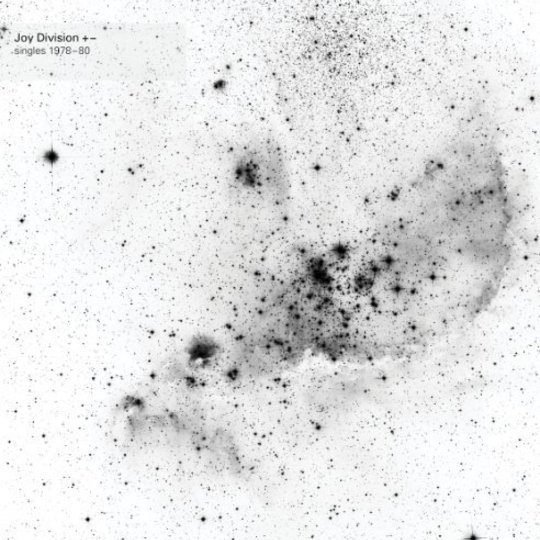 In 2010, 30 years after Ian Curtis’ untimely death, there is no need for me, or anyone else, to extol the virtues of Joy Division, as any opinions on their music will have been voiced almost as many times as there have been re-releases of the band’s back catalogue. In little over a year, we have seen Iggy & the Stooges’ classic Raw Power re-mastered and re-released for the third time since its recording, and the entire works of The Beatles re-mastered and re-released in hard copy, and then, to much fuss and fanfare, re-released yet again on iTunes. For all the greatest hits, box sets, unseen live footage and any of the other endless ways that material which has been loved and lauded can be wrapped up and sold off again as a collector’s item, there comes a point when you must ask, is there really any need? Joy Division, and so to Iggy Pop, The Stooges and The Beatles, all attained their legendary status based upon the quality of their work which was initially released, music that was of such quality that three or four decades on, people young and old still revel in it. It was not a limited edition box set that drew thousands of people to watch Iggy & The Stooges at Glastonbury in 2007. It was, however, cash flow, or lack thereof, which drew Iggy into the dark world of car insurance advertising.

It will come as no big revelation that _+-_ is a money spinner, as the 30 year mark provides the best excuse for at least the next five years to flog the Joy Division gift horse for all its worth. Peter Hook’s recent tour named ‘An Evening of Unknown Pleasures’, as well as his announcement that he is to release a 4-track EP of Joy Division songs with his current band, The Light, alongside Rowetta from Happy Mondays, follow in this trend. Indeed, the timing of this collection, released a full seven months after the anniversary itself, just in time for Christmas, does raise a few questions. But, you may say, what is wrong with artists generating revenue from their own work? Well, nothing really, as long as it isn’t under the pretence of commemoration.

In an interview with Jon Savage, the compiler of this collection, Bernard Sumner, in discussing Curtis’ suicide, stated that the pressure placed upon Ian and the band in general by those who saw them as a piggy bank – forcing Ian to perform after his first suicide attempt and arranging a tour of America not long after – potentially played no small part in his tragic passing. While we will never truly know why Curtis took his life, the use of the anniversary of his suicide to make even more money out of the Joy Division legacy leaves a bad taste in the mouth.

These reservations aside, + - as a collection of work, is unsurprisingly brilliant. As Stephen Morris has stated about this box set, “The thing about Joy Division is there is only a finite amount of stuff. It's not like there are hundreds of unreleased tracks, so really with _+- we've just tried to make the singles sound and look as good as they could do._” With the first 500 editions of this collector’s item (with each set individually numbered) coming with limited edition artwork by Peter Saville, and each of the tracks sounding excellent – the difference to be honest is not marked, but upon close inspection can be heard, you would have to say that Morris has succeeded somewhat.

The box set itself consists of ten 7-inch singles – it originally was going to contain nine, but they lumped an extra two tracks in there to give it symmetry – all lovingly contained in a ‘beautiful’ clamshell box along with artwork and an option to download all of the tracks for free as high quality MP3s. Tracks such as ‘Warsaw’, ‘Leaders of Men’, ‘Transmission’, and ‘Love Will Tear Us Apart’ need no introduction, especially for holders of the Substance compilation. Added to these are recordings that have been re-mastered solely for this release, as well as lesser-known versions of tracks, such as ‘Love Will Tear Us Apart 2’ (Pennine Version).

Therefore, as suspect as the motives behind this release are, the fact remains that if you are a Joy Division fan and are not satisfied with the CDs and LPs that you already have, and have fifty quid to spare, then this release, of which only 5000 copies are being made, could be for you. The music is ace, but you already knew that.