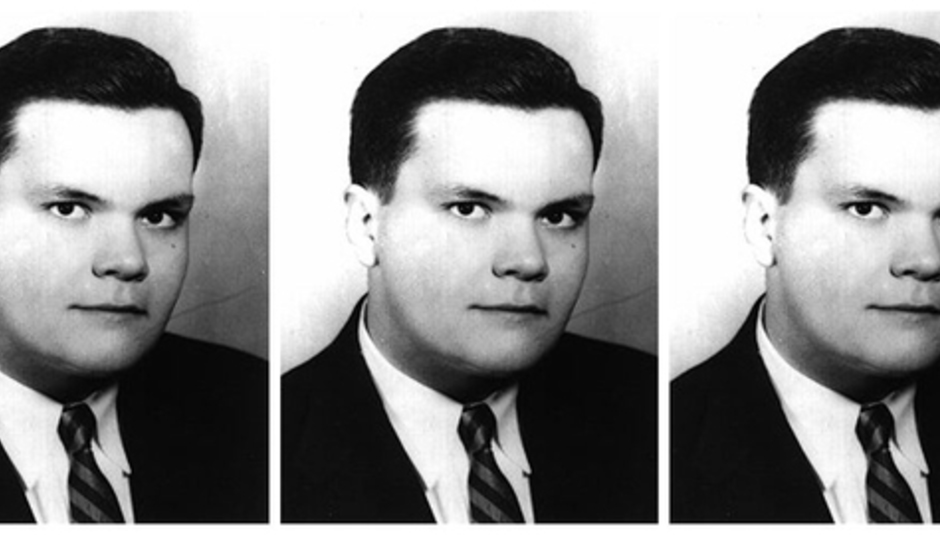 In 1997, Charles Douglas recorded an album from which ‘Summertime’ and ‘Good Luck’ are taken, and it was called The Lives of Charles Douglas. And though lots of people wrote nice things about it, it tanked. At the time, the real, actual lives of Charles Douglas mostly involved rolling around in the worst kind of naughty, and he was doing drugs like they were something mild and not very drug-like or going out of fashion [pick your cliche, do]. And though he done his album with Moe Tucker (YAY), as we have recently discovered, Moe has now gone a bit wrong (GAH), so can I recommend you read Charles’ blog post about her here, as it is likely to be far more fair and balanced than anything I might say, raving COMMUNISS that I am. In any event, she did a fine, fine job.

So. Though I should I should probably spend a bit of time telling you why 'Summertime' is a great unreleased Lou Reed seven (but with none of the attendant Old Frog of Rock connotations because Douglas is even now, only 34), I sort of can’t be bothered. You will either like it or not, and I do - I love it with all my heart and only partly because the vinyl on which it is pressed is half-green and half-transparent, like so: I suppose the thing is, even if you are a directionless, addled nitwit at 23; and even though Douglas was clearly not SO directionless or addled that he was not capable of writing some brilliantly simple and charming fuzz-pop songs about being directionless and addled (also:girls); the point is, good things have a habit of rising up again, all-Phoenix-like, and that is quite heartening. Even when you are absolutely at-the-end-of-Carrie sure that they are quite, quite dead. In fact, the whole thing is resurrection after resurrection, because after reading another of Charles' blog posts here I found ANOTHER wicked band called (aptly) The Strugglers, who are marvellous, despite being largely ignored and having MySpace plays in the 200s. I mean, I could go on and I shall, because I think it is sort of amazing that in 2010 I am listening to a new single made by a man in 1997 who - in the years since - has directed a Dogme film, written screenplays, got married, had children and had four novels published by MTV Books and SIMON & BLOODY SCHUSTER. The world is a funny place, art re-animates, things come back, and not just the bad stuff. So well done everyone, even Dog.

‘Fresh Hex’ is just 95 SECONDS LONG. I think this is a terrible, brilliant achievement, and will admit that there are times when I think all songs should be this length (usually on a Wednesday, the day I set specifically aside to curse The Music’s strange and complex Content Delivery Systems and Inability To Write Release Dates In BIG CAPS On Press Releases). Anyhonks, I think if you can lift - or at the very least create - a mood in this space of time you are to be congratulated. So let us congratulate Tobacco (not literally, as I may have mentioned, I am off the fags) as well as thanking this here Beck - even though Mr. Hansen is a fan of Xenu and hails/curses (I can never remember which) the galactic confederacy every day before he has his dippy egg. Tunes this lovely and rainbow-organed should always be soundtracked by a cheap cardboard kaleidoscope like those you get in joke shops, which is why I am slightly baffled by the videothing above, in which a man with a basketball for a head appears to be eating one of the following: cereal/macaroni cheese/creamed corn. Personally I hope it is not creamed corn, because that puts the willies right up one, ever since that little dude WOULD NOT SHUT UP ABOUT IT in Twin Peaks.

Needless to say with King of the Hippies Gonjasufi on board, ‘When I’m In Awe’ takes a massive turn for the wonk pretty early on, it is like a spinning plate swirled with paint like those you make yourself for about a pound in provincial museums because no one can be bothered to use the potters wheel for actually making pots any more. I love Gonjasufi despite being allergic to any music that reeks of tie-die and he just so happens to have made what I think is the most startling album I heard all year. Just don’t make me read interviews with him, and don’t make me decifer the interminable, squawked lyrics he will insist on using. WILL YOU JUST let me mince about in Morrisons squeezing speciality loaves while ‘Kowboyz & Indianz’ booms, because it is HEADY AND BRILLIANT. Even though it has both an extraneous ‘k’ and a superfluous ‘z’ in its wrongly spelt title. In case you were wondering and even if you were not, ‘When I’m In Awe’ is all the marvels in the world as well, it is largely incomprehensible and if it were meaty instead of beaty it would be one of those steaks you get a t-shirt for finishing. You'll still be digesting it six months later. Which is kind of gross.

Here are Paris Suit Yourself with a song about discrimination and it is by quite some distance the oddest tune in this week’s selection. And bearing in mind the presence of Gonjasufi, Beck AND Anna Calvi I think this is quite some feat. So do not be mistaking, this is a markedly berserk affair by a band who have (almost) managed to camouflage their fury behind huge, almost jolly-sounding piano stabs and the sort of backing vocals that recall nothing so much as a Muppets Cast Album. For some reason, this defiant oddness somehow makes the message here even more prickly and furious - and even with a chorus of ‘Cause my skin is black’ it is hard to know how to take Paris Suit Yourself; it is like when someone who is about to punch you starts laughing nervously - not that such a thing has ever happened to me. All of which makes me sound thoroughly baffled and afraid of ‘Craig Machinsky’, when in fact I am just a little bit in awe of it; I think it is good to be unsettled by things you admire. Sadly I cannot say the same of their debut album title, which is My Main Shitstain. I am afraid I find these three words and their massed assembly unfortunate in the extreme. But this single, it is a TRIUMPH.

Mostly I find myself unconvinced by DRAMA in indie, and that is quite odd, because I know I lap it up in hip-hop or pop music. But what with indie being a meaningless term, and me being a nitwit, the thing to remember here is that Anna Calvi is super impressive, she has written a single that out-Morriconies Morricone, such are the levels of high noon and SHIT WHO IS THAT ON THE HORIZON. I also think (having sampled a few of Anna’s other tunes) she has a bit of the Jeff Buckleys about her, there are key changes that remind me very strongly of Grace. The problem for me is that when I hear ‘Jezebel’ and think ‘Blimey, she sounds as alarming as Jeff when he is banging on about not stepping on the cracks in case he hurts his Mother, thereby indicating that he has gone pavement mentile’, I usually go off and listen to ‘So Real’ and have a lovely little thought-pootle about why that album in particular HAPPENS TO PEOPLE in the way that it does. Grace happened to me at oh, Lore, 28, and I could not leave it alone, I was in it alright, and you lot, you, the whole world had NO IDEA you simply could not even begin TO UNDERSTAND. But now I look at that album like a past me and I wonder what I was up to, what a horrific woman. What I should be clear about, is that Anna is the real thing, this is a single with horizons as dramatic and far-reaching as those in my beloved Narfuck. I just don’t dig it, you know, it’s not for me.

Dutch Uncles claim on their press release that ‘Fragrant’ is ‘basically sex music’ and this should be (is) quite (very) annoying (yes) because really, WE THE LISTENER SHOULD DECIDE THAT THANKS VERY MUCH DUTCH UNCLES. It does, however, have a belter of a chorus, but a strange? Rising tone? To the VERSES? That Doesn't? Quite? Work?

Unfortunately ‘Ready To Start’ does not come with an epiphany-provoking viral videothing, but that’s okay, I’m not sure I’ve recovered since making my Mum put her childhood postcode into the little white search box. And you know the other bit, right, where you have to write a message to your younger self? My Mum wrote ‘Don’t worry, Diane, you get there in the end’. Needless to say, it was a bit much.

Sonic Cathedral continue to do a damn fine job of hoovering up and releasing records by all the bands you’ll still want to listen to after the fetishisation of all things ‘gaze’ has passed. (LET IT PASS NOW, EVEN I AM BORED.) Proper review here.

I can’t work out if this is a terrible pop record rescued by some judicious droplets of dubstep, or a middling dubstep record with a nice pop tune on, or neither. Or both. I think it’s quite good. Or do I? I’ve basically gone wrong. But I’ve not gone wrong because I like it, that would be quite rude to Jamie and I don’t even know him, he probably loves his Mum and does not kick dogs. Reviewing records is very confusing, everyone, and if you had spent what felt like HALF YOUR WEEK waiting for Cyndi Lauper to finish singing so you could talk to YET ANOTHER local radio host about a book you wrote six months ago and can’t really remember writing because ‘a bit’ of it was written at 5am in the morning after quite a few wines coffees*, you would be confused too.

We Are Scientists - ‘I Don’t Bite’ (Masterswan / PIAS)

The Rifle Volunteer - ‘For An End’ (Silhouette City Recordings)

Engineers - ‘In Praise Of More’ (KScope)

Wendy is on Twitter, here. If you are going to the DiS 10th Birthday Party on Thursday in the city of MANCHESTERSHIRE where SKY LARKIN and HELF are playing, you should probably come and say hello. Probably.