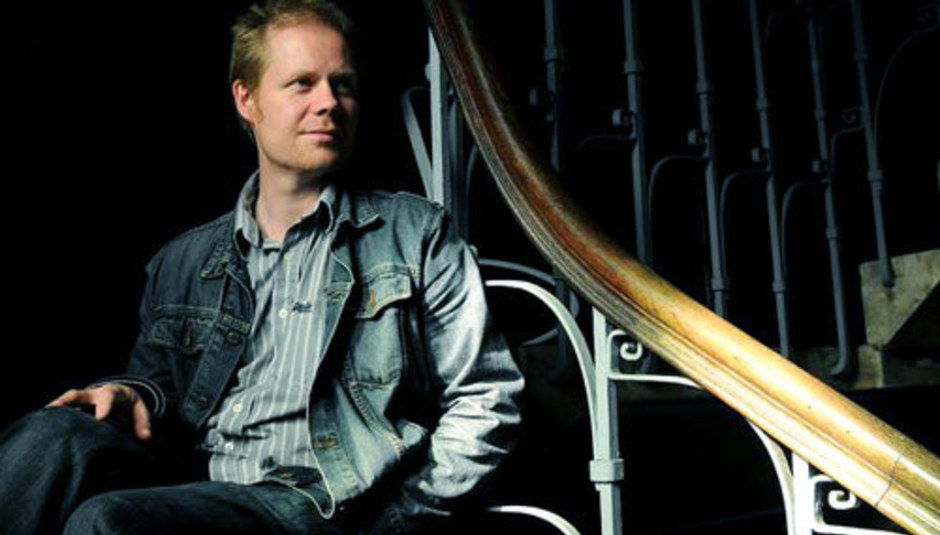 Max Richter’s live performances are all too seldom. As a composer who forges the work of piano and string quintet into a universe of electronic rumbles and soft white noise, tonight his compositions are perfectly matched by the art deco splendour of Cadogan Hall.

A performance of two parts, the first comprises of his work prior to Infra. As the violins start to ebb in ‘On The Nature Of Daylight’, as though stretching, the counterpoints and soft rotations establish a yearning round. Minimalist repetition is most beautiful when it changes, just slightly, and Richter knows this. This could play forever and never be anything less than stunning.

Seeing this physical performance pushes the emotional effect of the music massively, the constant gliding of arms and lilting necks displaying the physicality of the craft. It feels as though something is being made, or even summoned and the audience is locked into a hypnotic focus, even if Richter’s Roland keyboard proves a little too bass heavy for the rattling Tiffany light fittings of the venue.

In contrast, Richter’s electronic compositions play out from a laptop to lesser interest. On record these elements work as a vital glue and respite from the charged orchestrations. Live, it provides the audience with an unwanted chance to breath and whisper momentarily, before the violin bows start stirring and piano begins spell casting once more.

Often tonight Richter himself seems transported. He titles his work after time, season and place, and at moments he seems truly elsewhere. During ‘Sunlight’ Richter just sits at his piano, listening, head tilted to his right as the quintet plays. It’s hard not to stare at him and it’s hard not to be envious, to see what Richter is seeing would be a thrill.

For the second half of the performance Infra is performed in full. A large black screen crackles and lone, simple figures as white outlines walk across the screen at differing paces. Infra was perceived to accompany a ballet and the music expanded to provide an LP. Artist Julian Opie (most commonly known for his portraits of Blur on their greatest hits cover) provided visuals for the ballet and tonight his work makes the music an even heavier fog to get lost in.

Opie’s figures move with grace yet animalistically, a man swings a briefcase as he strides, a lady arthritically clumps. As the frequency of the figures alters, tension builds with the music. As soon as the first figure overtakes another you’re left slightly flustered, when they start coming from the other direction its outrageous. The satisfying patterns of the music with the sparse visuals have broken. There’s a sense that the performance has been momentarily destroyed. Yet the music gracefully continues regardless, shading the now chaotic race to nowhere.

Infra works perfectly with Opie’s visuals. Each song throws the characters between a grey, humdrum, metropolis and optimistic, sunlit, street strides. Here especially Richter’s unsullied noise works with far greater effect and is even humorous at points, as the walkers tread static and chaos. For some reason they seem far more comfortable here. It’s as though David Lynch has directed a Benny Hill chase.

At it’s most powerful, as in ‘Journey 4’, with it's slow, rolling violins and stern cellos you can’t help but feel bittersweet. The wandering figures feel too familiar as they drift through routine, with only Richter's music adding colour. Infra feels like a redeeming, vitally joyful force that helps transcend the everyday. Richter is undoubtedly right to suggest this. Tonight he proves just how vital his music is.