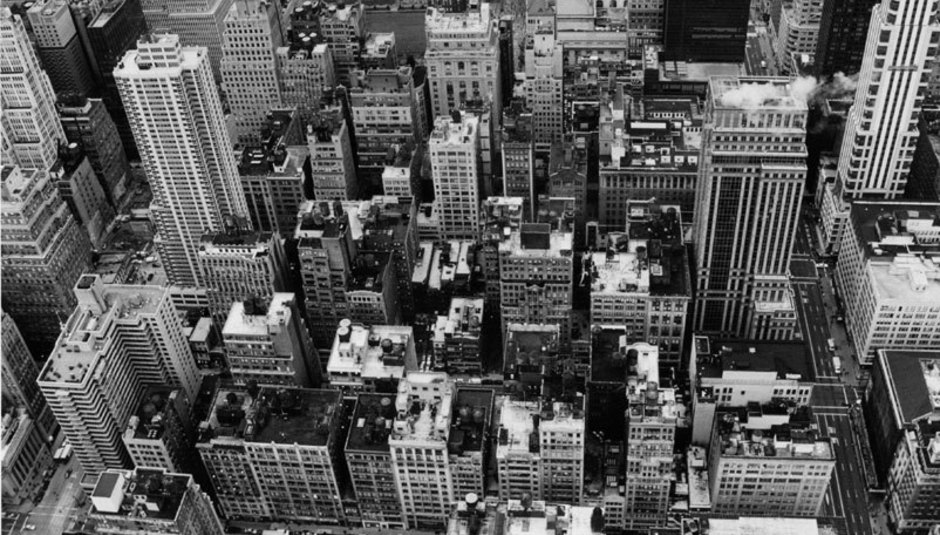 Amanda Farah shares her past 10 years in New York, as part of DiS' 10th Anniversary look back at 10 years in various cities and genres.

This mixtape featuring suggestions from various nYc bands, also kicks off this week's BlackBerry Torch suggested Mixcloud theme of "local" mixes, so take inspiration from it and make a mixcloud mix for New York or your favourite/local town or city of the past 10 years, tagged DiSis10 to enter our mixers competition. Or share the below mix to enter our listeners competition (more info here).

It started with the Strokes. For better or worse, New York City bands attracted serious attention for the first time since CBGB’s heyday after Julian Casablancas rasped out “Last Nite.” The national and international praise and backlash, the copycats and reactionaries, can all be traced back to five feckless guys with shaggy haircuts and skinny jeans.

What ensued was fairly typical. A search began to find “the next Strokes” in the same way Seattle was scoured for “the next Nirvana” or Omaha was combed for “the next Bright Eyes.” In truth, a “New York Sound” did not exist. The most uniformity that could be expected was for bands to look bored and dress neatly in predominantly black outfits. But even if you had the immaculately attired and fashionably brooding Interpol, it still didn’t account for Karen O’s boundless energy or embrace of colour.

“There were a ton of great bands coming out of NYC, but we didn’t all hang out together,” says Amanda Tannen, bassist for stellastarr*, who released two albums with RCA before deciding to go it alone for their most recent release. “If you look back, all the bands that blew up had really different sounds. We knew of each other, we even might have played shows together, but were not close friends. There were venues we all played and club nights we all went to, but that doesn’t make a community. Closeness came with bands that ended up touring together, and that had nothing to do with whether or not we were from NYC.”

The focus of music in New York at the beginning of the ‘00s was centred on the Lower East Side of Manhattan. The formerly Jewish neighbourhood became known for its drug dealers in the ‘80s before gentrification hit in the ‘90s, allowing dozens of music-centric bars and clubs to come and go in the interim. There is still a cluster of small venues in the area, the sort that launch bands just getting their start.

“When we were really small, you play in New York, you try to play every weekend, at like the Mercury Lounge or at the Continental or wherever,” says Walkman frontman Hamilton Leithauser. For the Walkmen, this even translated to playing three shows at the same venue in one night about a year after the release of their debut album. The venues he describes carry a crucial name recognition required for bands to move on to larger spaces -- bookers want to know where they’ve been.

But musicians have mostly moved to the other side of the East River, and the venues are following them. Perhaps the greatest shift in the New York music scene in the last ten years has been a matter of geography.

“The music in NYC has now moved over to Brooklyn from the East Village,” says Amanda Tannen, the bassist for the band stellastarr*. “We started in Brooklyn, but that is where we lived and practiced. All of the venues were in Manhattan. The rent in Brooklyn is a lot cheaper.”

Leithauser has also recently made the move to Brookyln after ten years in Manhattan, and half of the Walkmen have decamped to the comparably inexpensive Philadelphia. Their studio, Marcata, was required to vacate its Harlem local in 2006.

The Internet and in particular blogs have arguably played a large role in New York bands staying in the spotlight as long as they have. Bands like Vampire Weekend and MGMT represent a contingent of the New York scene that can attribute its initial success to blog coverage, particularly New York-based blogs that caught them when they were still playing tiny local clubs. Both bands have now far exceeded indie audiences.

“You can’t walk down the street with those guys without them being recognised,” says Chris Keating, whose band, Yeasayer, has shared the stage with both Vampire Weekend and MGMT. Yeasayer, of course, have also had their own Internet related success, thanks in part to releasing interactive and NSFW videos that wouldn’t have done much for the MTV generation.

“The formula for music has not changed since it started in the beginning. Bands have to work hard to get their music out there. Even more so with the Internet,” says Lio Kanine, who runs the Brooklyn-based label Kanine Records with his wife Kay. “Now that there is a constant flux of new bands every day, bands need to tour more to get in front of people's faces to insure them that they are a real band and worth paying to come see them, buy their records, t-shirts, etc.” Kanine released early albums by Grizzly Bear, Chairlift, and Oxford Collapse, as well as finding recent success with Florida band Surfer Blood.

Though living costs may be prohibitive, New York is unlikely to outlive its usefulness to the music business; if it’s not the epicentre of a scene, then at least it’s a place where a band can readily find a gig. The kindred spirits of the next big thing may or may not be in the same city, country, or on the same continent. As was the case ten years ago, the bands in the same city may not have the same sound, but they may have a mutual appreciation for one another.

“I liked the Strokes a lot when they came out and I still do,” says Leithauser. “Their first record had a lot of good songs on it.”

We asked Amanda Tannen, Hamilton Leithauser, Chris Keating, and Lio Kanine for their favourite New York songs from the last ten years. These were their picks: