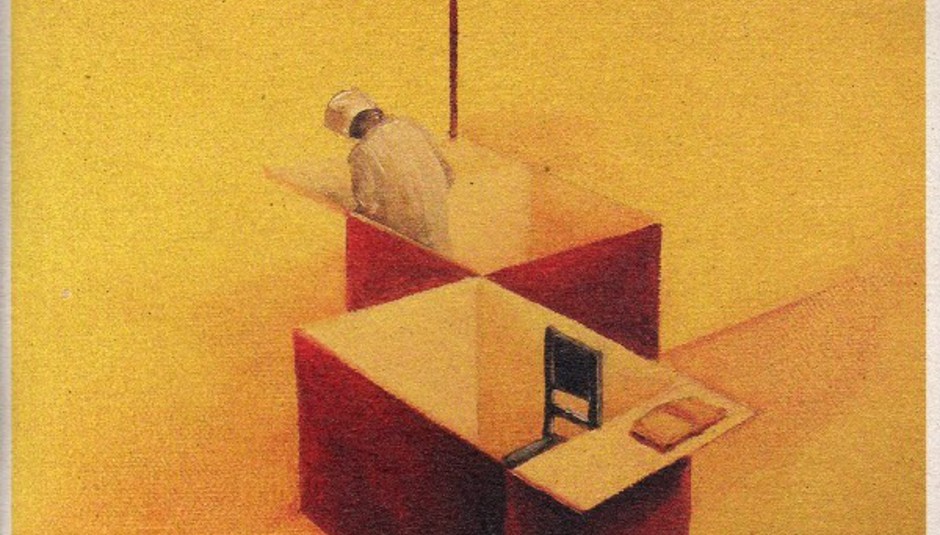 YORE SONGS is a series of monthly posts that puts singular singles under the spotlight. The only criteria is that it has to be from the olden days of YORE, and the SONG in question has to MEAN SOMETHING TO YOU, MAN.

Yore Songs #1: I've Been Waiting by Sara Lowes & The Earlies

Of course, you lose lots of things when a relationship ends:

Books lent in a rush at the beginning ['Behold how literary I am! Gasp that none of my favourite books can be found in HMV's laughable book section!']

LPs pressed into hot, grateful hands ['Do you see, I have all the Autechres on twelve. I am the best of women, are you getting that? Good, good.']

Worn-soft, giant jumpers ['Hark! It is four-ply, charity shop cashmere - spotted at twenty paces and bought for three pound. What you are meant to take from this, is that I am resourceful.']

Their friends - even their family (if you get that far) are gone.

Also lost and much, much more intangible, are the snippets of things that come to populate Planet You Two. Those bits of songs, divvy jokes and pulled faces you find or create together. This is the stuff of love affairs, I think, the minutiae of your combined interests. That their discovery largely happens behind closed doors or under the bedclothes makes them all the more thrilling and inexplicable. ‘Do that funny voice again,’ you say to each other. And each time a groove is worn deeper, it becomes more yours by repetition.

The trouble is, because of the heady power of such totems, they're the very things you have to leave behind when you say goodbye. Fall out of love and these are the records you never want to hear again, the poems you never want to see. John Donne’s The Sun Rising and Ted Hughes’ Bride & Groom Lie Hidden For Three Days are both perfect and wonderful, but I won’t be reading them again. The tragedy is that these things become suddenly poisonous. Too many memories, tra-la-la-la, can’t-hear-you, won’t hear you.

'I've Been Waiting', by Sara Lowes & The Earlies, is a cover of a Webb Brothers song. I bought it in 2005 with no clue who the Webb Brothers were and I haven’t bothered to find out since. I never felt the need to. I bought it on a Competitive Record Buying trip one Thursday in 2005. It was a weekly excursion, after work; you hit the shops, buy as many sevens as you can afford, give them a quiz swizz in the shop, but a proper swizz when you get home - where carrier bags, receipts, half-drunk cups of tea and emergency chocolate (because teatime does not exist) lie all over the floor. And I don’t wish to be insufferable but I was quite good at it, there had to be a winner, and the week I found ‘I’ve Been Waiting’ it was definitely me.

I mean, WILL YOU JUST LOOK AT IT. It looks like it is made of SWEETS. You will also notice that it has the exhortation ‘PLAY LOUD’ printed on the label; an instruction I am more than happy to obey.

'I've Been Waiting' is almost frighteningly slow and has a deliberate, careful quality about it. It's almost too warm, thick and soupy and I think it sounds like a blueprint for falling in love as an adult; from the initial headspin to the drowning. I think you need to have fallen in love a few times and to have had your heart broken (properly) before it really makes sense. ‘Here we gooooooooo,’ sings Sara at the end before it drifts into white noise - and I believe her, she can’t help herself.

Also - and I should probably get this over with, I've been putting off writing this paragraph all day - but I really, really thought I would have this record at my wedding. Not because my woman-mind imagines stuck-needle images of marshmallow dresses and sparkly rings the minute I snog someone, you understand. But because if I am perfectly honest (oho, in for a penny) there seems to be little other point to life - and certainly no finer ambition - than to find someone to take on the world with; that's what I want and there’s little point in fighting it, I’ve tried. I loved this song, it said everything a song should and can and it was stately enough to soundtrack me and my Dad walking the walk you should only do once.

The other thing to tell you, of course, is that it wasn’t the song I had at my wedding, because I never did get married - it ended, as things do. It's pointless explaining why - quite apart from anything else these explanations are inevitably never truthful, they are almost always intolerably dreary, and it's none of your business, and it's not fair. It's also beside the point. Because when, finally, I was alright again, I realised that I still wanted to find someone, and I still loved music, and I could still listen to and love this single. It hasn't lost an atom of its potency.

So that's why I chose it. That's why I wake up in the morning with a grin on my face and the sun still rises and the sky didn't fall in - though I really thought it had. There is something magical about this song, and when I play it I still cry. But only because it sounds so beautiful.


For all her misguided and romantic sins, Wendy is on Twitter, here.