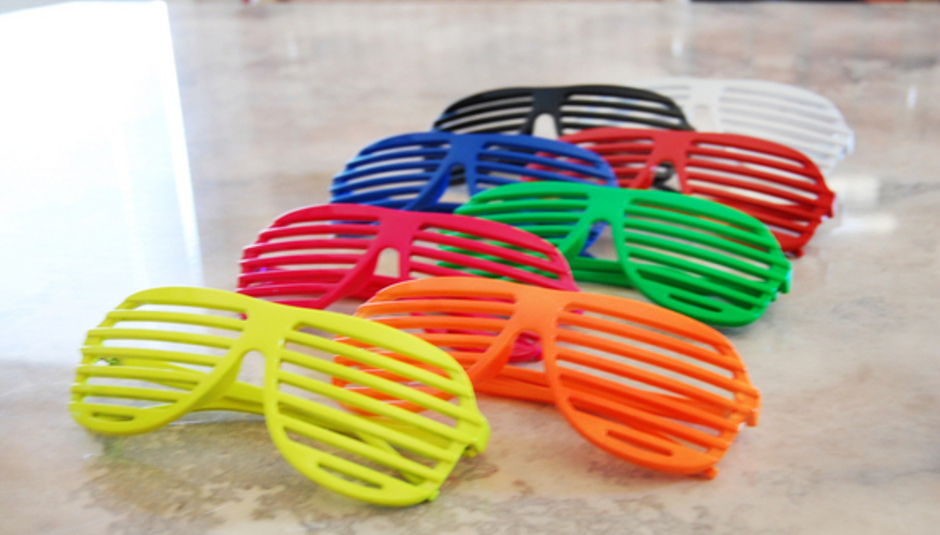 So Beats week is over, next week we go back to our regularly scheduled program of writing about effete Brits and anonymous Swedish chillwave producers. It's been a wild ride; writing about Dipset, getting twitter-beefed (erm LA weekly, we're a website, not a blog, and we don't appreciate you miscategorizing our work like that).

Anyway, we'd like to thank our readers, and Flying Lotus, for sharing it with us.

We've decided to leave you with this gift, a totally unscientifically selected playlist of bangers from the last decade (or thereabouts) which you'll probably already know if you're into this sort of thing, but which will totally blow you away if you don't.

Bangers of the Decade: A playlist by Robert Fedderson and Adam Johns 'Made U Look (remix)' by Nas (feat Jadakiss and Ludacris)

Queensbridge's finest calls on the always impressive Jadakiss and an at-his- best Ludacris for the remix to this undeniable street banger. A song built around a driving base line and little else, Made U Look is one of those rare beasts that makes sense in the club, in the gym, and on the top 40. Oh, and just to be sure he doesn't get upstaged by Jada or Luda on his own ish Nas passes them the mic for verses one and two and then absolutely blacks out during the songs third and final verse. Note: Remix isn't on spotify but you might find it on Hypem.

Three quality verses and a shout along chorus over a catchy, menacing synth beat generally adds up to street (internet) acclaim in hip-hop. However, this overlooked N.Y anthem dropped at the precise time 50 was dismantling Ja Rule's career and we just couldn't shake our infatuation with 50 and ride with the Notorious Rule (Ha!) on this one. If this song came out 2 years on either side of when it did, teenagers today may know who Ja Rule is.

The song that paved the way for the Grammy awards and Justin Timberlake collaborations, Still Fly announced 3-6 Mafia's arrival in mainstream consciousness. Hyperactive drums? Check. Aggressive base? Check. Thugged out party lyrics? Check. Think that Juicy J and DJ Paul switched it up to sell a couple records? Sorry. Stay Fly is proof is that the world started to understand 3-6 and not vice versa.

'My Life' by Styles P and Pharaoh Monch

The diminutive gangster/gentleman from the Lox gets introspective on this standout track from Rawkus Records' Soundbombing 3. Pharaoh Monch shows the world he can sing. A marriage that at the time seemed odd given the animosity between backpack and gangster crowd, ends up resulting in one of the best songs of the 00's. The defeat, defiance and disrespect in Styles voice when says "Tell Mami I don't go to the church, tell Ack I don't go to the mosque - I blow blunts, hold guns" makes it as political a line as anything that ever came out of KRS, Paris or Non-Phixion. Note: This one's not on Spotify either, you're slipping Spotify

On the second single from the career-best album King Tip addresses the haters (Lil' Flip) over a predatory DJ Toomp beat and makes us wish we all had some fools to ride out on. T.I reminds those that weren't listening to "Rubberband Man" that he can ride a beat with the best of them. "What You Know About That" isn't so much a lyrical exercise as it is a reminder of the beauty that can happen when a rapper decides to work with a beat instead of fighting it.

One of the first Gucci Mane appearances that penetrated the national consciousness (or at least the wider Rap consciousness), aided to no small part by an absolutely on fire early-career Jeezy who demonstrates that it's not what you say, it's how you say it. Displaying a level of musicality which late- period goblin-status Gucci has eschewed as his flow has developed in favour of chewing the hell out of gothic bangers, this track shows how far these two have come, and how right they had it at the start.

JR Writer had his finest moments as a Diplomats affiliate and hasn't really come into the prominence this track suggests he deserves. Over a hypnotic and punishing beat which demonstrates how the Bird Gang at their finest were the standard-bearers of Northern Crunk, he spits on a topic to which we can all relate: getting hassled by bouncers. "Grill the bouncer cause he try to charge you extra, and next minute he lettin' in a mob of heifers". Brilliantly inverting the "In the Club" baller archetype, JR crafts the decade's club anthem for the broke.

(Hillariously the spotify version of this song is on a "best workout tracks" compilation) The "In The Club" baller archetype. Nobody needs to hear this track again (our kids are going to get into it and play the hell out of it), but it was the most popular rap song of the decade, and remember how good it was when you first heard it?

Best Rapper Alive. A bold claim but one that, at various points in the decade, has unquestionably applied to the Birdman Jr. The culmination of Wayne's lyrical development-from adolescent adlibbing on "Back that Azz Up" to microphone- chomping demon was heralded by this track. The sirens in the beat let you know that Wayne has arrived.

At a time when it seemed to Outkast fans like the two were finished, in the drought period where Andre was off acting and BIg Boi appeared to be drifting towards the conventional, this track appeared to let us know that our protagonists were still very much on top of the game. Three Six, Bun B and Big Boi turn in enjoyable knucklehead verses, but it's Andre's bass-less conversational slice of impressionistic romance over the ethereal Willie Hutch sample that captivates, and charms like few musical moments in any genre.

Jay's had more important tracks, more technically thrilling, more fully realized. In comparison to the responsible captain of industry he's become this track sounds, in retrospect, positively sophomoric. But as a slice of breezy (and chemically-enhanced) summer enjoyment nothing quite tops it. Hov's career arc mirrors better than any other rapper our own development from carefree and occasionally idiotic youths towards fully realized yet poignantly constrained adults. This track reminds us, no matter how much we've gained, just how fun all that that carefree idiocy actually was. Bonus points for Pharrell's shaky falsetto chorus, the sound of one of the decade's dominant musical forces in the Neptunes about to hit their stride.

Nas, more than possibly any other artist in the past 15 years, has been set against an unfair standard by his almost impossibly flawless debut. Every one of his releases from the past decade has been viewed by critics as an attempt to top Illmatic, and unfailingly comes up short. However, past work aside, it's invigorating to look back on his past decade's work and realise how good he still is. And lyrics aside, this fucking beat!

Almost any track from Supreme Clientele could be on here, but this one is just too irresistibly named not to choose.

No matter how much of an asshole Kanye is (or perhaps because of how much of an asshole he is) he continues to astonish. This just came out a couple days ago and I'm so happy about it I feel like I inherited an Austrian chalet. Rick Ross's verse is an exercise in terse, economic perfection; Nicki Minaj comes into her own and uses her voice like an orchestra, modulating her tone and delivery in a way that's completely avant-garde. And Bon fucking Iver caps it off. The only conclusion to draw: Kanye loves everything you love, he has thought of every good idea you are ever going to have, and he cares about you; he's a benevolent dictator, Rap's Catherine the Great. (not on Spotify yet so we tossed on Power but you can download 'Monster' here)

OK we're getting tired of writing so here's a few more songs to cap this off. Enjoy.

'A Milli' by Lil Wayne
Ridin' (feat. Krayzie Bone)' by Chamillionaire Birdman (feat. Clipse what Happened To That Boy Guess Who's Back - Scarface feat. Beaine Seigel and Jay Z)
'We Fly HIgh' by Jim Jones
Over' by Drake
Walk it Out Remix (feat Outkast and Jim Jones)' by Unk
'Maybach Music 2' (feat T-Pain, Lil Wayne and Kanye West)' 'My Chrome' by Killer Mike